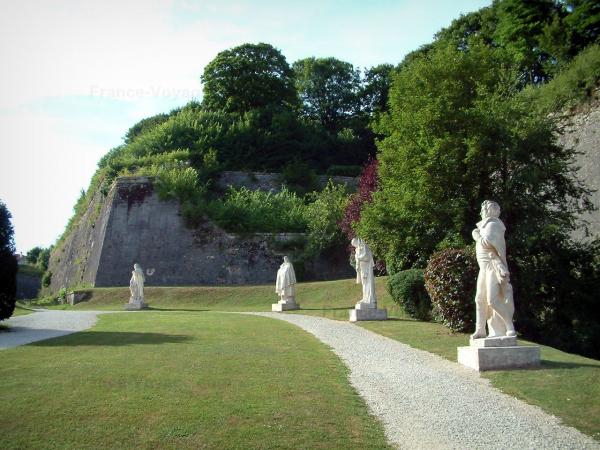 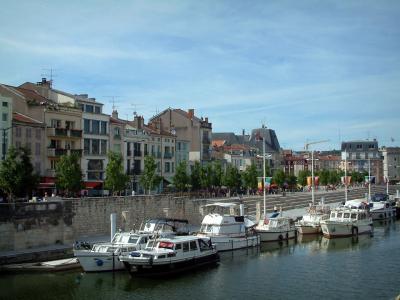 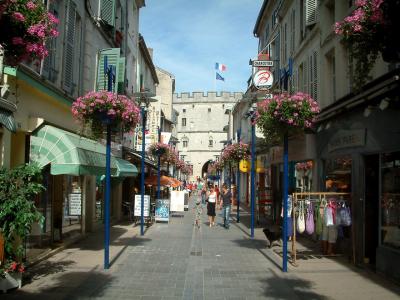 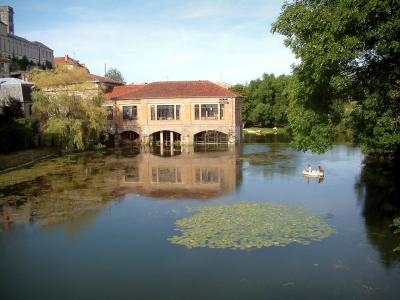 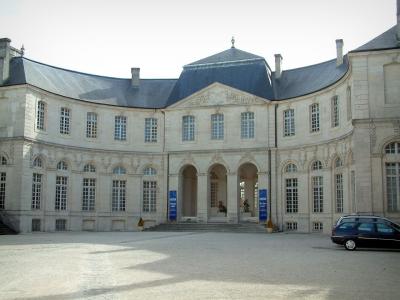 The Lorraine city of Verdun, in the centre of Meuse, has been shaped by major historical events linked to the First World War. As the location of a terrible battle that lasted 10 months in 1916 and killed over 300,000, the city honours this sorrowful past by paying a permanent tribute to the soldiers who died on the front.

A garrison town from the 17th century onwards, fortified by Vauban, Verdun became increasingly militarised in the 19th century, at the expense of industry. After the Franco-Prussian War of 1870 and the annexation of Alsace-Lorraine, it became the stronghold of the north-east border. After the terrible battle in 1916 in which two out of three French soldiers fought, the town was devastated, and would once more endure German occupation in the Second World War. Today, Verdun is the world capital of Peace, and has managed to combine tourism development and the duty of remembrance without striking any wrong notes.

As well as the many nearby war-related sites and remembrance locations for the Battle of Verdun centenary (Douaumont Ossuary and Fort, Fort Vaux, the Sacred Way, Souville Fort, Thiaumont Fortress, etc.), you can visit the city's underground citadel, built between 1890 and 1893, to help you understand the events of the First World War. This veritable logistical HQ is very impressive and is made up of tunnels where the soldiers lived and military equipment was stored. It has recreations of scenes from everyday life during the battle. This is also where the "unknown soldier" now lying beneath the Arc de Triomphe in Paris was chosen.

The Verdun Memorial reopened in 2016 after renovation work and has an exhibition about the battle on three floors.

Verdun offers many tours and circuits at its historic sites, as well as a sound and light show, "From Flames to Light", from June to the end of July.

While the memory of the world wars is omnipresent, Verdun also has some urban heritage that is worth a visit: the Cathedral of Our Lady, one of the oldest in Europe; St. Paul's Gate, a triumphal arch that used to be part of the ramparts; and the 16th-century Princerie mansion that houses Verdun Museum of Art and History.

The old episcopal palace is where you will find the World Centre for Peace, Liberty and Human Rights, a place for exhibitions, meetings and dialogue.

Verdun, Heart of the Meuse and World Capital of Peace. The meanders of the river quiet lull that country where the emotion arises from the rich history of a city which, after treaty and battle, has finally chosen the path of Memory and Peace. 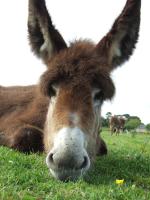 Leisure activities in the Meuse
Find recommendations at the best price. Book your stay online and save money!
Book now

Leisure activities in the Meuse
Find recommendations at the best price. Book your stay online and save money!
Book now 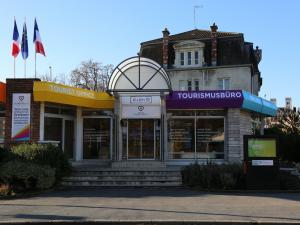 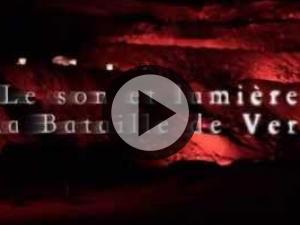 Trailer of the show Flames in the Light, Verdun
See photo 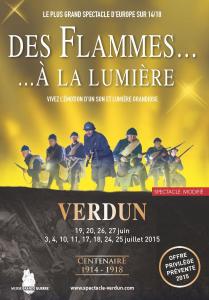 Poster from the show Flames to Light, Verdun
See photo 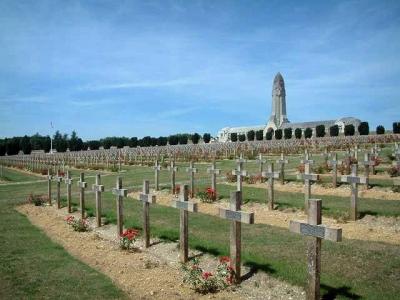 Remains of the First World War
Memorial sites and more 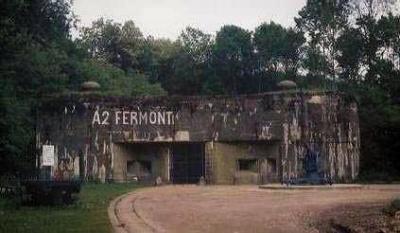 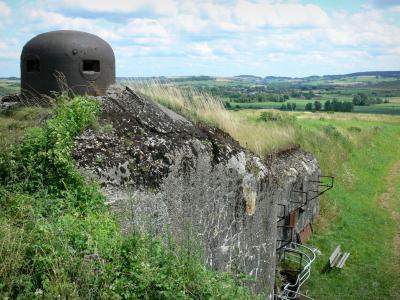 Villy-La Ferté Fort
A structure on the Maginot Line 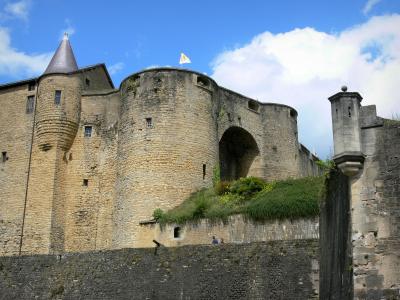 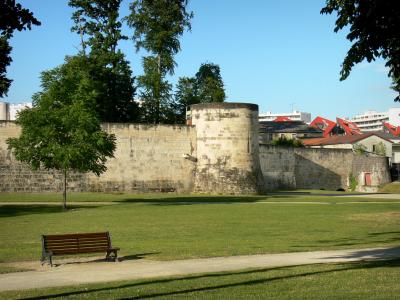 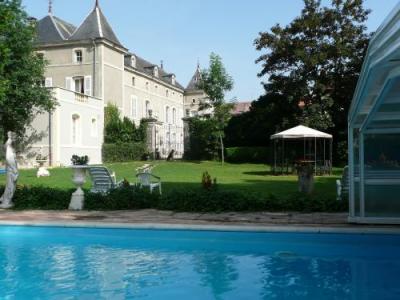 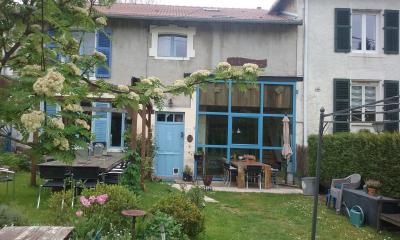 Le Ciel Bleu
9.3
9
House with 5 bedrooms in Deuxnouds-aux-Bois
63 € per double room
Welcome in our Blue Skies, an old renovated Lorraine farm, where Annemarie and Fred offer you good meals and astounding surroundings, in a historic setting. Our 5 rooms have private bathrooms and there's free wifi.
Located 26 km from Verdun
Favourite 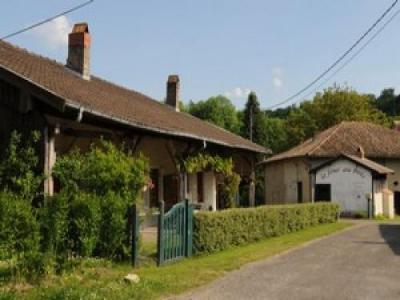 Le four au bois
9.7
24
House with 4 bedrooms in Futeau
65 € to 75 € per double room
A Bellefontaine, a hamlet nestled in the heart of the Argonne Forest, Michel CLO welcomes you all year in his old home Argonne typical, fully restored.   - The four rooms, one suite equipped for guests with disabilities, respond with names of…
Located 28 km from Verdun
Favourite
All bed & breakfasts around Verdun 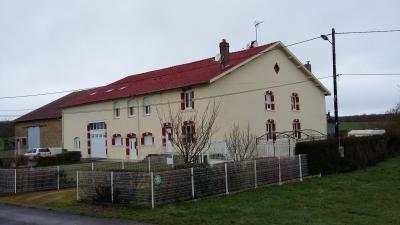 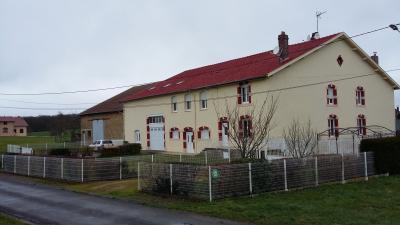 Gîte La ferme
9.7
3
House for 3 people in Braquis
48 m², 1 bedroom
270 € to 350 € per week
Located in a small village Meuse in an old farmhouse, entirely renovated and inhabited by the owners, a stay of relaxation and calm you Braquis. Near the Lorraine Regional Park and Sites and historical battles of Verdun 18 km.
Located 17.4 km from Verdun
Favourite 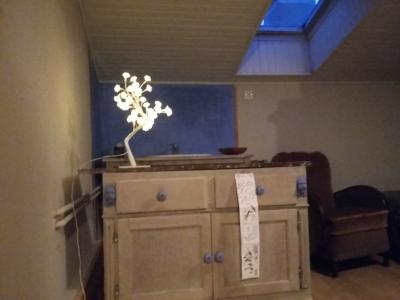 Familyland 'Terroir de Familles'
10
1
Apartment for 7 people in Écurey-en-Verdunois
80 m², 3 bedrooms
322 € to 525 € per week
Here on our micro farm, Terroir de Familles, we welcome you in simplicity and conviviality. We are on the road with permaculture to live more autonomous. We are a multicultural family and we also host several families of animals on our estate…
Located 23 km from Verdun
Favourite
All vacation rentals around Verdun 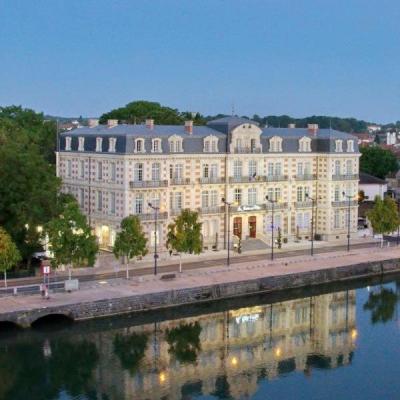 Les Jardins du Mess
8.7
1036
Hotel in Verdun
Featuring free WiFi throughout the property, Les Jardins du Mess offers accommodation in Verdun-sur-Meuse. The hotel has a sun terrace and views of the garden, and guests can enjoy a meal at the restaurant or a drink at the bar. Private parking…
Located Verdun away
Favourite 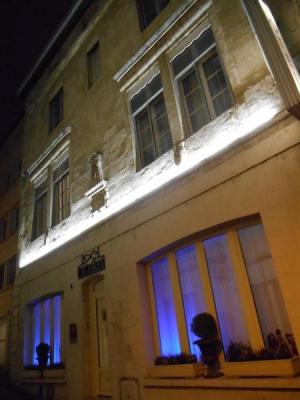 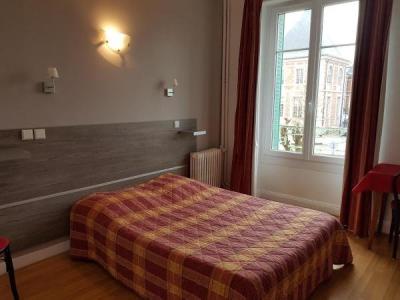 Hotel Saint Paul
7.8
280
Hotel in Verdun
Room from 48 €
Just 500 metres from Verdun Train Station, this hotel is a 15-minute drive from Verdun Memorial. It offers en suite rooms with a desk and free Wi-Fi access. A buffet breakfast is available at Hotel Saint Paul. There is also a bar on site. A…
Located Verdun away
Favourite
All hotels around Verdun