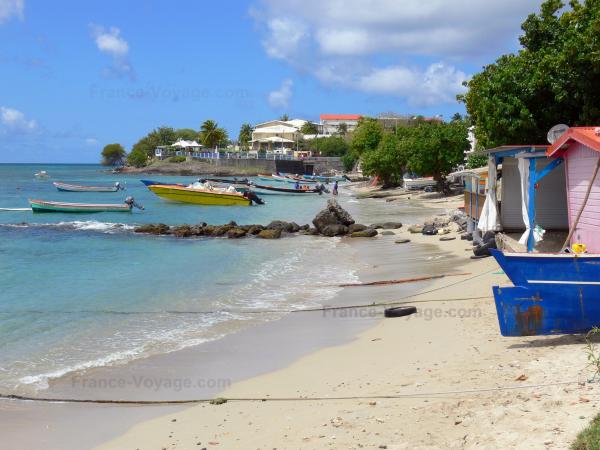 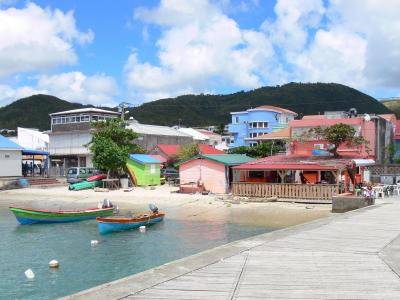 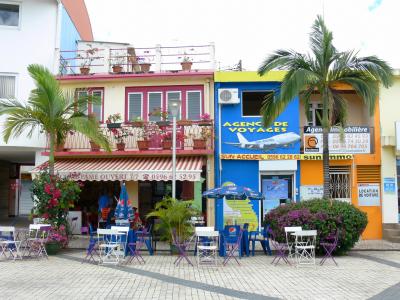 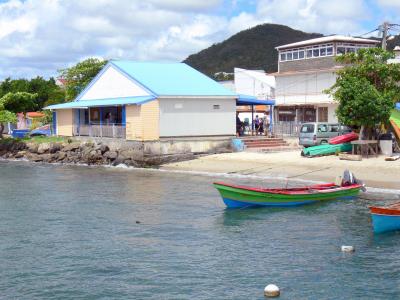 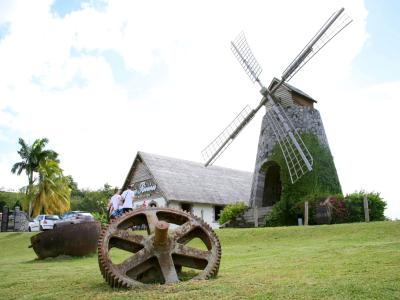 Standing by the Caribbean Sea on the south coast of Martinique, between Le Marin and Le Diamant, Sainte-Luce is a picturesque fishing town that has kept an authentic feel despite its amazing economic boom. As you walk along the seafront, you'll particularly appreciate the typical charm of its colourful huts on the pale sand, and the fishing boats floating on the turquoise water. Lovers of coastal landscapes will find plenty to enjoy as they continue their walk to Trois Rivières Cove along the pleasant coastal path lined by lovely beaches.

But what Sainte-Luce is really known for is its old Trois Rivières distillery, which is now a museum. Open to visitors from Monday to Saturday, the distillery (whose rum is now made in the neighbouring municipality of Rivière-Pilote) welcomes you amid the sugar cane fields, with its old rum-making facilities and beautiful windmill. A sensitively redeveloped site where you can learn more about the history of cane sugar and the process of making cane juice rum (rhum agricole).

City of overseas Sainte-Luce takes place at the heart of the island of Martinique. It is located near the town of Marino, about fifteen kilometers from the airport, and about twenty kilometers from Fort-de-France.

Pleasant territory between land and sea, the city of Sainte-Luce settled on the south coast of Martinique. In just twenty years, the dynamism of this common Martinique has passed small rural village important city. This impressive development is mainly due to a famous industry of the region, the production of rum Three Rivers.

Modest architectural heritage, but mostly landscapes and dream beaches have made the reputation of the town of Sainte-Luce in France and the rest of the world. Leisure activities in the Martinique
Ideas and special offers to make the most of your stay. An easy way to find that gem you're looking for!
View offers

Leisure activities in the Martinique
Ideas and special offers to make the most of your stay. An easy way to find that gem you're looking for!
View offers

Sainte-Luce, both for its scenery or culture, no shortage of tourist attraction for visitors passing through the island of Martinique.

The beaches abound around Sainte-Luce, offering the opportunity to discover beautiful landscapes and enjoy a swim in the turquoise waters. Depending on what one is looking, that is for lovers, family or friends, it is possible to access six major beaches: the Mabouyas cove Guard Corps, Gros Raisin, beach love, second handle, and Pierre et Vacances beach reserved for passing tourists.

But Sainte-Luce is also a rum to international fame, Three Rivers. The distillery can be visited to discover the secrets of this local drink. The latter now has an AOC elsewhere.

Some remains found in the town testify to the presence of Caribbean Indians in pre-Columbian times, the territory of Sainte-Luce. You can particularly admire the rock carvings of stylized figurines.

Erected above the sea, Diamond Rock, which owes its name to its shape and the faces that shine at certain times, is a remnant of an ancient volcano.

Montravail the forest allows for some beautiful hikes to discover the local fauna and flora.

The main festival takes place in January, including a carnival.

In May, the city celebrates the bakers with bread festival in honor of Saint-Honoré. 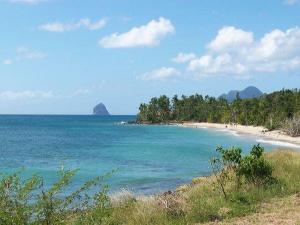 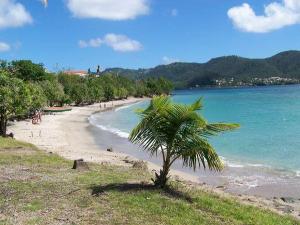 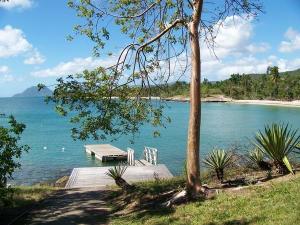 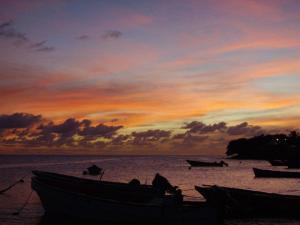 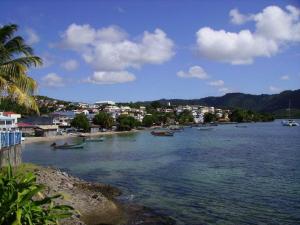 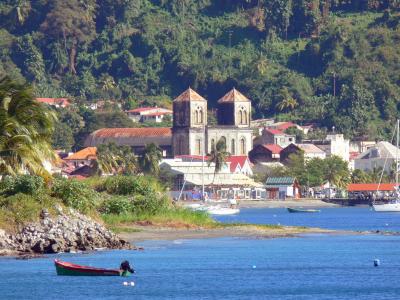 Saint-Pierre
Town of Art and History 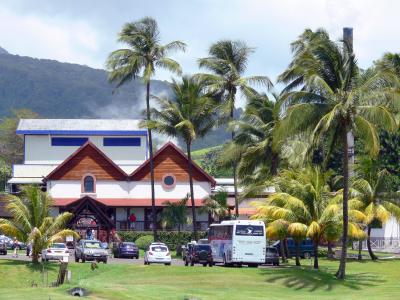 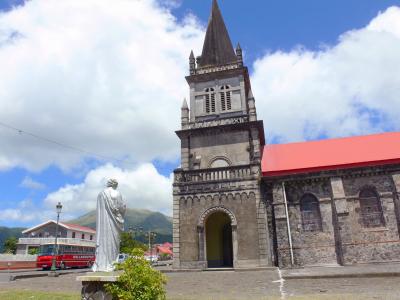 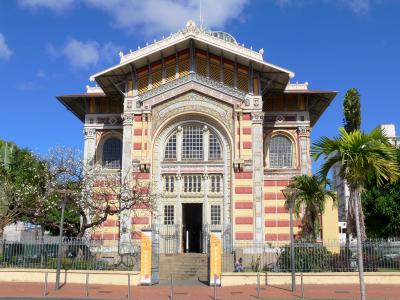 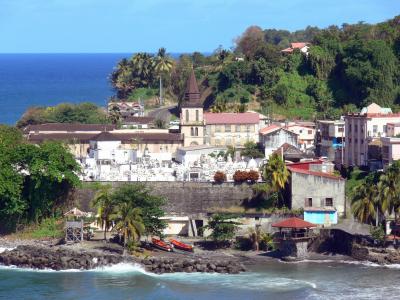 The villages of the north Atlantic coast
A lush, green coastline dotted with traditional villages 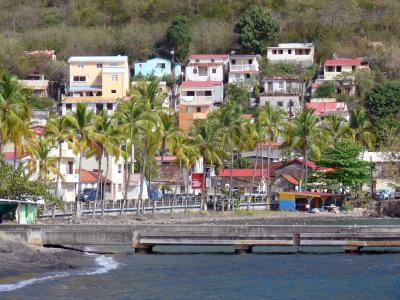 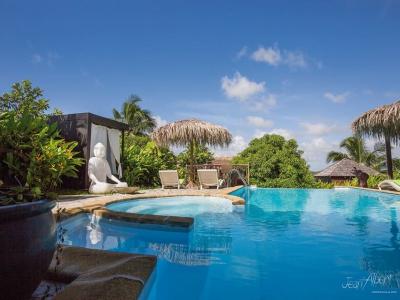 Adam & Eve
Ecolodge with 4 bedrooms in Sainte-Luce
230 € to 310 € per double room
Eden Paradise Spa Ecolodge, these are dream accommodations : four cabanons, with evocative names, made for couples, each of them with its own special atmosphere. While "Adam and Eve" charm by its Indonesian style, its bed of 240 cm with at its…
Located Sainte-Luce away
Favourite
All bed & breakfasts around Sainte-Luce 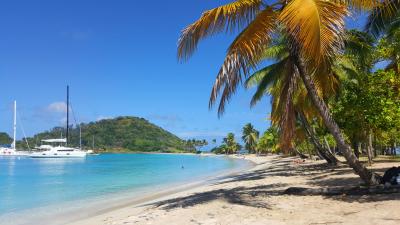 Lornadream
9.5
6
Boat for 6 people in Sainte-Anne
80 m², 3 bedrooms
1120 € to 1200 € per week
We welcome you aboard our catamaran at the anchorage of Sainte Anne. The boat has 4 double bedrooms and 2 bathrooms, a living room, an equipped kitchen. We offer accommodation with breakfast, possibility of lunch and dinner on board. On site…
Located 3.5 mi from Sainte-Luce
Favourite 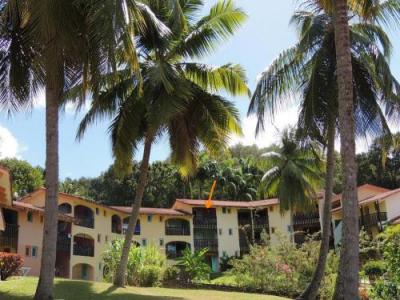 The Lafontaine Hauts F2 N ° 32
Apartment for 4 people in Le Marin
33 m², 1 bedroom
273 € to 1176 € per week
Pleasant apartment type F2 carefully equipped with a bedroom and a living -with a sofa 2 places- air-conditioned, an open kitchen and a terrace overlooking the bay of Marin. Housing - This apartment is particularly well equipped and very functional…
Located 4.2 mi from Sainte-Luce
Favourite
All vacation rentals around Sainte-Luce Brise Marine
8.9
283
Hotel in Sainte-Luce
Room from 87 €
Featuring barbecue facilities, terrace and views of garden, Brise Marine is located in Sainte-Luce, 200 metres from Gros Raisin Beach. Featuring a garden, the 2-star hotel has air-conditioned rooms with free WiFi, each with a private bathroom.…
Located Sainte-Luce away
Favourite 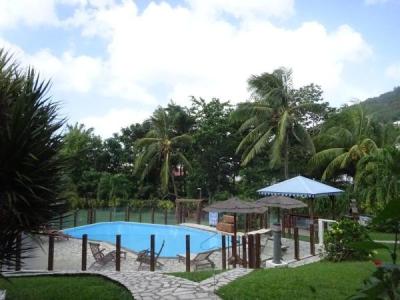 Hôtel Douce Vague
8.0
80
Hotel in Sainte-Luce
Room from 140 €
Set on the beachfront in Gros Raisins, Hôtel Douce Vague is a charming Caribbean-style house set in tropical gardens. It offers a traditional restaurant by reservation and spacious air-conditioned suites and apartments. Free WiFi is available…
Located Sainte-Luce away
Favourite
All hotels around Sainte-Luce