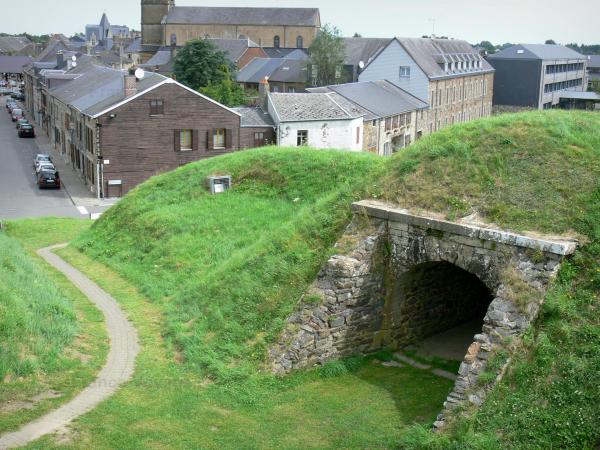 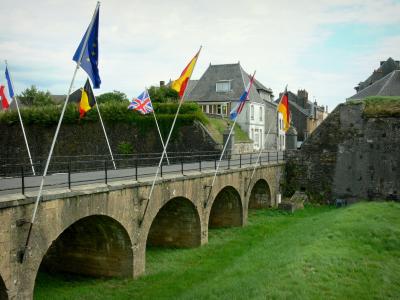 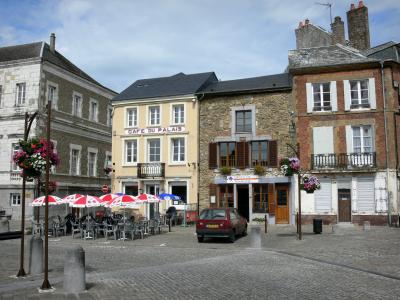 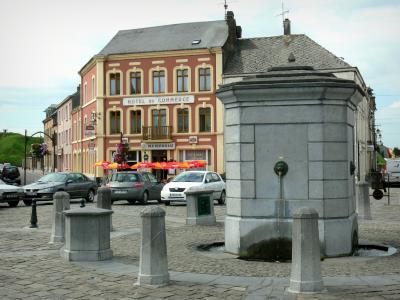 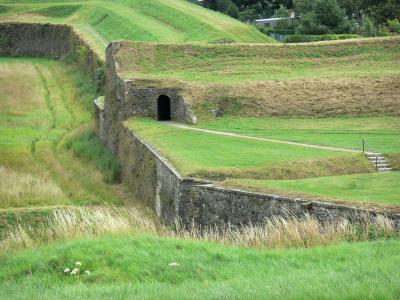 A star-shaped fortified town designed during the reign of Henry II to face Charlemont Fortress built in Givet by Charles Quint, the town of Rocroi was reinforced by Vauban in the 17th century, and has kept some remarkable reminders of its military past.

Along the tourist path around the fortifications, you can admire the small courtyards, bastions, demilunes and counterguards of Rocroi. Inside the fortified town, discover the Place d'Armes, adorned with a fountain, with ten concentric streets radiating from it towards the ramparts.

Place du Luxembourg, the Museum of the Battle of Rocroi, based in an old 17th-century guardhouse, uses an interactive show to tell the story of the famous Battle of Rocroy which took place on 19 May 1643 between the Spanish and French armies, led by the famous Duke of Enghien, future Grand Condé.

Discover Rocroi, Star City, with its unique urban planning, and military architecture. It is situated on a plateau 377 meters above sea level, 3 km from the Belgian border. The sky, the city is a star of stone nestled in lush greenery.

Unique in France, thanks to its radioconcentric urbanism, Rocroi is a star city and a gateway to France. It is located north of the Champagne-Ardenne about 100 km from Brussels and 250 km from Paris.

Evolution of the fortifications of the sixteenth to the nineteenth century Rocroi is a unique walled city. Initially conceived during the reign of Henry II, in 1555, to deal with the fortress of Charlemont, built by Charles Quint. It includes a first fortified defense with five bastions, all different, a second offensive and defensive walls with half-moons and advanced doors of Burgundy and France. This stronghold was therefore not fortified by Vauban.

The main square, the former Place d'Armes, ten radio-concentric streets lead to the ramparts. The square is lined with houses of which the oldest is inscribed 1676. The latest of these houses were rebuilt after the 1871 bombing.

The City Hall dates from 1822, it was built on the site of the Hotel du lieutenant Roy.

The church was built in 1844 and its spire is 53 meters. It has a great and wide nave and altar is surmounted by a canopy of beautiful marble columns. Under the porch, a font Givet blue stone dates from 1615.

The green square between the 2nd and 3rd point, there is still a hole pierced stone and formed the foundation of the old pillory.

Place du Luxembourg, the last garrison guard is a model of military architecture of the seventeenth century. It now houses the Museum of the Battle of 1643 and the War of 30 years. A little further on the left, a vast military arsenal was built in 1692.

Rocroi an outstanding example of the earliest fortifications in France, the bastion type five bastions interiors date back to the reign of Henry II. Following the progress of artillery, the fortress was decommissioned in 1889. There are more military activity since. 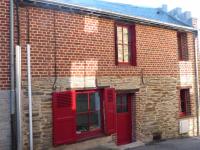 Vacation rentals in the Ardennes
Find recommendations at the best price. Book your stay online and save money!
View selection

Vacation rentals in the Ardennes
Find recommendations at the best price. Book your stay online and save money!
View selection 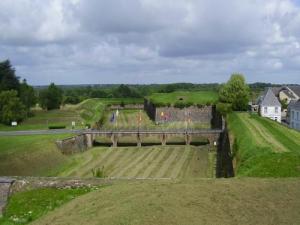 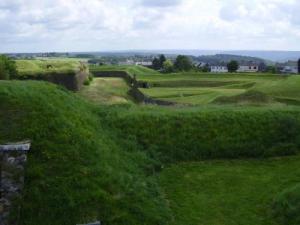 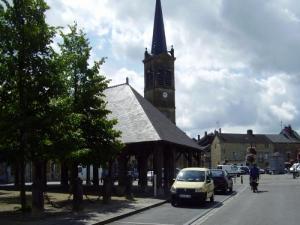 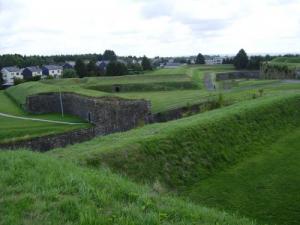 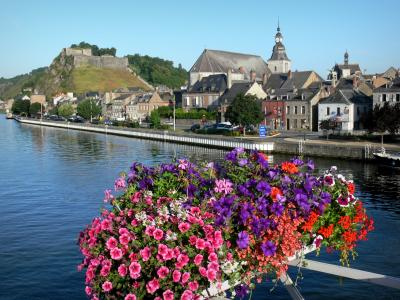 Givet
A charming town by the Meuse, dominated by its citadel 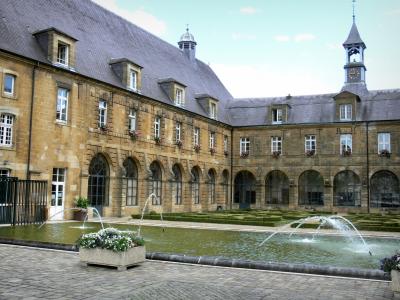 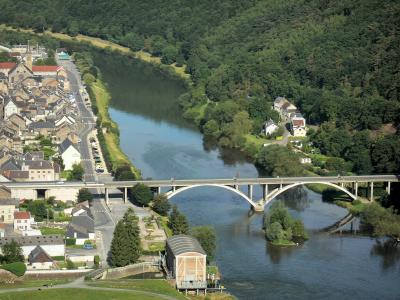 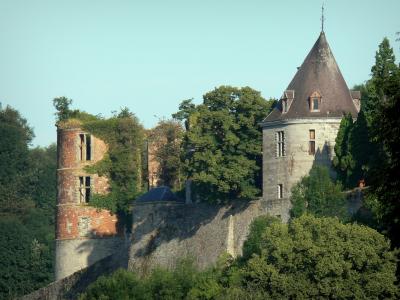 Hierges
A medieval village in the Meuse Valley 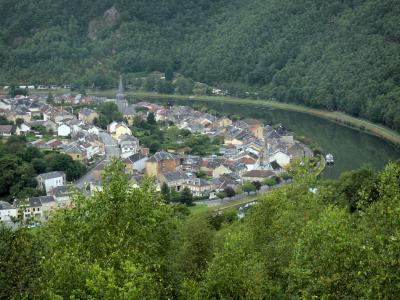 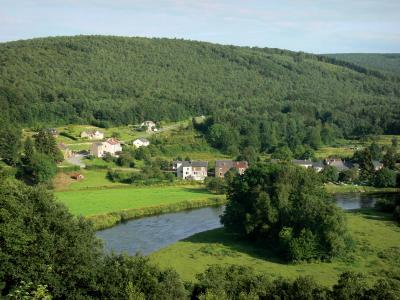 The Ardennes Regional Nature Park
The Ardennes Massif, Rocroi Plateau, Ardennaise Thiérache, the Givet Headland and the Sormonne Valley make up this territory. 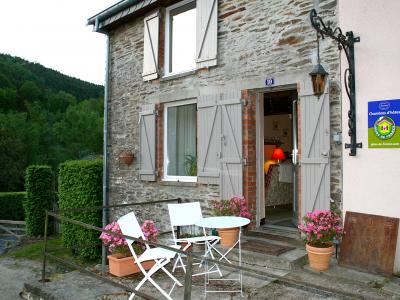 Les Gîtes du Vallon 'Les Pommiers'
9.4
19
House with 1 bedroom in Les Hautes-Rivières
75 € per double room
Nestled in the heart of the forest, surrounded by the meandering Meuse and Semois, the hamlet of Linchamps invites you to discover its fortunes. In the natural park of the ' Cross Scaille ' in a calm and peaceful environment, Fanny and Philippe…
Located 23 km from Rocroi
Favourite 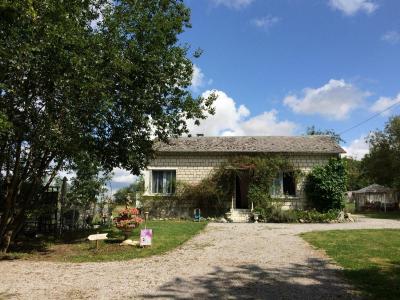 Une Chance de la France
9.5
12
House with 4 bedrooms in Rumigny
60 € to 70 € per double room
We, Monique and Branko have a house in the hamlet of Tambourine, in northern France (235 m), in the region of Thiérache-Ardennes. We were able to create our dream place in recent years : "Une Chance de la France ! ". It is a place where we can…
Located 23 km from Rocroi
Favourite 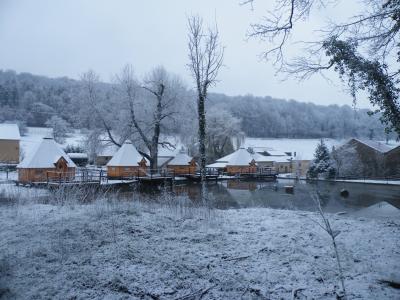 Kotas-Nordic Spirit
Chalet with 4 bedrooms in Flize
125 € to 155 € per double room
Discover the charm of Kota couples, family or friends for a romantic and cocooning stay. A wellness area will enhance your stay and we welcome up to 15 people... The winter pellet stove and the summer ventilation ensure cozy comfort and evenings…
Located 32 km from Rocroi
Favourite
All bed & breakfasts around Rocroi 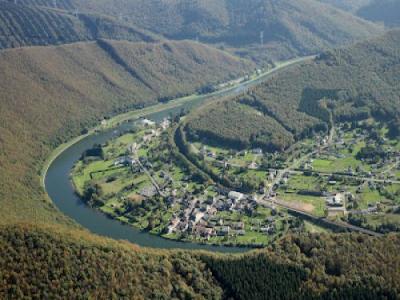 Laifour - Champagne Ardennes
9.7
10
House for 15 people in Laifour
215 m², 5 bedrooms
400 € to 750 € per week
Weekend or week in a typical small village ? House completely renewed in a modern style. All the comfort you want to have for your family. Nice terrasses and garden, south oriented. Capacity for 12 adults and for the younger there is a huge…
Located 12.5 km from Rocroi
Favourite 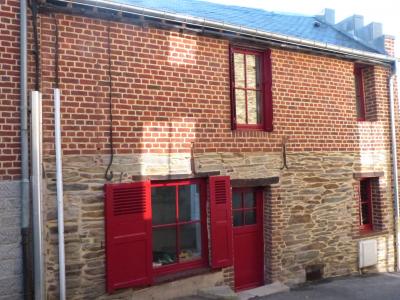 Small rochettes
9.8
5
House for 2 people in Fumay
45 m², 1 bedroom
160 € per week
In a quiet street in the historic center Fumay, fifty meters from the Greenway Transardennes and Meuse, near shops and restaurants, the house furnished Small Rochettes welcomes you in a small house with slate, typical recently renovated with…
Located 15.3 km from Rocroi
Favourite 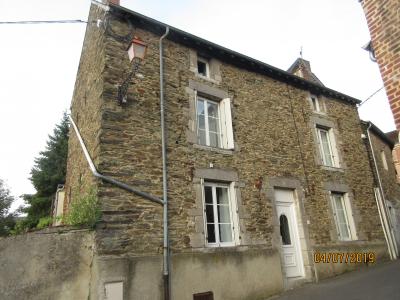 Rochettes has fumay
9.6
1
House for 6 people in Fumay
132 m², 3 bedrooms
160 € per week
In a quiet street in the historic center of Fumay, fifty meters from the Greenway Transardennes and Meuse, near shops and restaurants, the furnished lodging the rochettes welcomes you in a typical house from 1718, shale slate. On the ground…
Located 15.3 km from Rocroi
Favourite
All vacation rentals around Rocroi 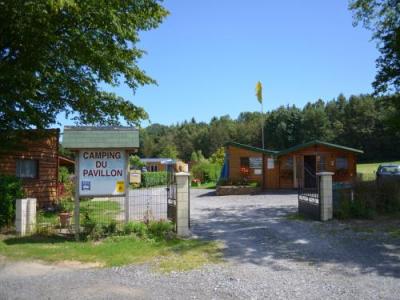 Camping du pavillon
9.7
127
Campsite in La Neuville-aux-Joûtes
25 pitches on 2ha
13 € per day (2 pers / tent / car)
Natural area on the edge of a pine forest, far from the road in a haven of greenery. Its specificity : the quiet space (large slots) Suitable for people 2nd, 3rd age. Recommended by vekabo / anwb.
Located 19.3 km from Rocroi
Favourite
All campsites around Rocroi 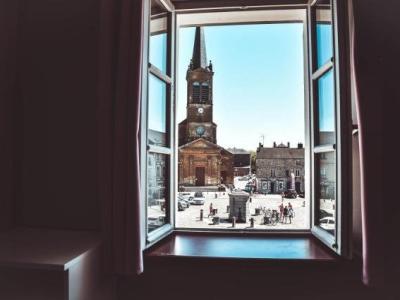 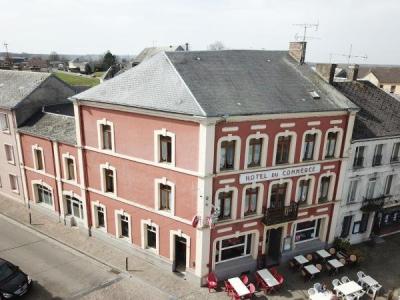 Hôtel du commerce
7.5
145
Hotel in Rocroi
Room from 65 €
Set in Rocroi, Hôtel du commerce has a restaurant, bar, terrace, and free WiFi. At the hotel, the rooms are equipped with a desk. All guest rooms in Hôtel du commerce are fitted with bathrobes and an iPad. Charleville-Mézières is 28 km from…
Located Rocroi away
Favourite Hotel François
7.6
42
Hotel in Revin
Room from 37 €
Hotel François is situated in Revin and has a bar and a terrace. With free WiFi, this 2-star hotel offers a 24-hour front desk and room service. Private parking can be arranged at an extra charge. The units in the hotel are fitted with a flat-screen…
Located 8.9 km from Rocroi
Favourite
All hotels around Rocroi