The royal town of Rambouillet, a designated Town of Art and History nestling on the edge of the magnificent Rambouillet forest, has a rich heritage.

The town's main monument, the 14th-century Château de Rambouillet, used to be King Louis XVI's pleasure residence in the 18th century. This fortified castle has been the official French Presidential summer residence 1896 and hosts visiting heads of state. Highlights of the tour of the interior include the magnificent Marble Hall, the superb oak panelling and Rococo and Neo-Pompeian decorative elements.

Outside lies a magnificent park featuring canals, formal and landscaped gardens. In the castle gardens you can also visit the National Sheepfold, the Queen's Dairy and thatched Shell Cottage.

Not to be missed either: the Rambolitrain museum devoted to toy trains, with an exhibition of no fewer than 4,000 collector's pieces!

Formerly crossed by the Beauvais-Orléans route, the commune of Rambouillet had a human occupation since Antiquity. Owned from the royal domain as of the ninth century, it became a seigneurie in its own right at the beginning of the 14th century. Rambouillet is a real development with the arrival of the railway in the XIXth century, which connects it with the rest of the Parisian region. The castle of Rambouillet, it is still known today to host important international meetings, and has had the opportunity to host many statesmen.

Tourist, the commune of Rambouillet still has an important architectural heritage, but also natural, which gives it a unique charm. Leisure activities in the Yvelines
Contact the managers directly with no middleman to pay. Book your stay at an exceptionally low price!
View selection

Leisure activities in the Yvelines
Contact the managers directly with no middleman to pay. Book your stay at an exceptionally low price!
View selection

Classified as Historic Monuments, the castle of Rambouillet was built in the second half of the fourteenth century. Known for having welcomed François de Rabelais and François I, who died there, the building was a royal residence until the President of the Republic, Félix Faure, made it a summer residence of the presidency French. It remained so until 2009, hosting numerous international meetings of great scale. Now open to the public, the castle has undergone a major restoration campaign in the second half of 2010, unveiling many rooms like the old dining room where Charles X signed his abdication, baths of Napoleon I, the Council Chamber and its tapestry of the Gobelins factory, or the Francis I tower. Several outbuildings are added to the castle, like the famous national sheepfold created by Louis XIV to install a herd of Merino sheep. A circuit allows visitors to discover the different animals still on site, and a national ovine breeding school was opened in 1939. A small sheep museum, in particular, traces the culture of wool. Not far away, the castle's French-style park opens its groves, revealing a hermitage, a cave surmounted by a Chinese kiosk, or canals and islands. In the center, the Queen's Dairy, a small neoclassical temple built to seduce Queen Marie Antoinette, stands proudly. Be sure to visit the shellfish cottage, built in the 18th century for the Princesse de Lamballe. In the center of the English garden, it features eighteenth-century automata, as well as a decoration mixing marble and shells.

Built at the end of the 18th century and now listed as a Historical Monument, the palace of the King of Rome was modified by Napoleon I to become the residence of his son. Today it is owned by the city of Rambouillet, and it hosts exhibitions and other cultural events. A goose game museum was also set up, unveiling eighty French and foreign goose games.

Built in the mid-19th century, the church of Saint-Lubin and Saint-Jean-Baptiste replaces the original church built in the 10th century. Inscribed in the Historical Monuments, it is the work of a pupil of Viollet-le-Duc and hosts a piece of the true Cross brought back from Holy Land.

Opened in the 1980s, the Rambolitrain is a museum dedicated to model railway, one of the most important in France. Tracing the history of the railroad from the origins to the present day, it reveals in particular collections of toy trains.

Stretching over 200 km², the forest of Rambouillet is a pleasant place for outings with family or friends. It is the second largest forest in the department in terms of attendance. Do not miss the Space Rambouillet, a place to observe the animals of the forest.

As you walk through Rambouillet, you will be able to admire the Memorial and Reconnaissance Monument, which pays tribute to the American troops who liberated the city in 1944.

Markets take place in the morning, on Tuesdays, Thursdays, Saturdays and Sundays. The city also organizes an important Christmas market in December with illuminations, animations and craft stands. A flea market is offered at the beginning of October.

In January, the town proposes its biennale of animal sculpture.

Every third weekend of May, Rambouillet celebrates the feast of Muguet with a parade of tanks and the election of Miss Muguet.

For July 14, the city offers its traditional ball, as well as a great fireworks display.

Every other year, in September, the city puts forward the feast of Saint-Lubin with an old-fashioned cattle market and various activities. The next edition will take place in 2018.

In September, the 24 Towers of Rambouillet are an exhibition of pre-war and post-war old cars.

In September, place at the Festiphoto of the forest of Rambouillet with its competition and its exhibitions.

Every year for the first Sunday in October, the Rambouillet Rétro offers steam train rides, or introductions to the remote-controlled train.

In November, place at the market of the gastronomy and the craft industry. 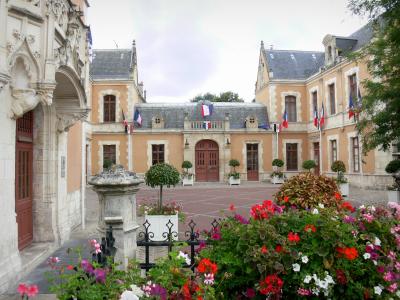 Étampes
This Town of Art and History has no fewer than 26 listed monuments! 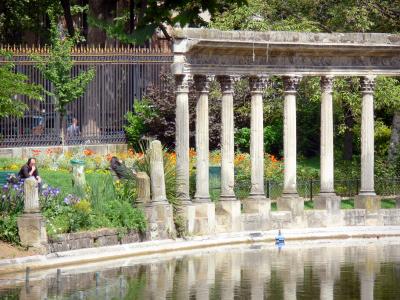 Monceau Park
One of the most elegant gardens in Paris 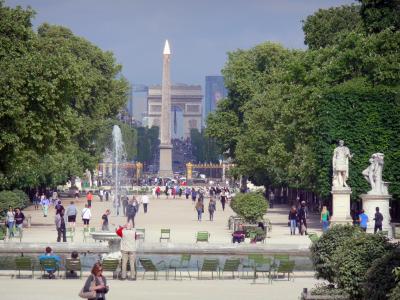 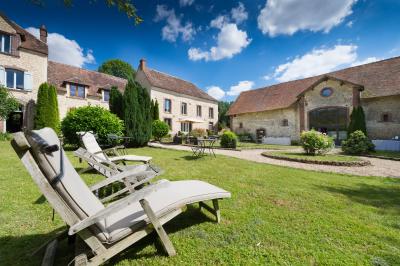 The Bouchemont Farm
Apartment with 4 bedrooms in Auneau-Bleury-Saint-Symphorien
120 € to 145 € per double room
Former outbuilding of Esclimont castle, La Ferme de Bouchemont, located near Paris, is the ideal place for a romantic getaway or a short weekend with the family. On the road of the castles of the Loire, you can stop in this beautiful, green…
Located 14.6 km from Rambouillet
Favourite 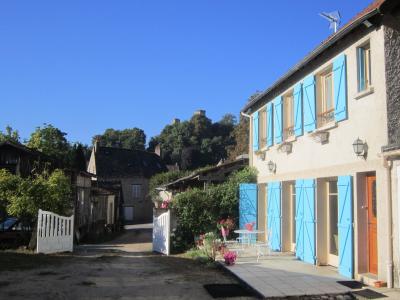 Le Moulin à vent Gîte Chambre d'hôte
9.4
9
Apartment with 3 bedrooms in Montfort-l'Amaury
80 € per double room
Montfort l'Amaury is a charming small town dating from the eleventh century, built on a hill in the forest, where was built a defensive castle (preview on the photo of the house) which was the stronghold of Anne of Brittany. Many scenic spots…
Located 15 km from Rambouillet
Favourite 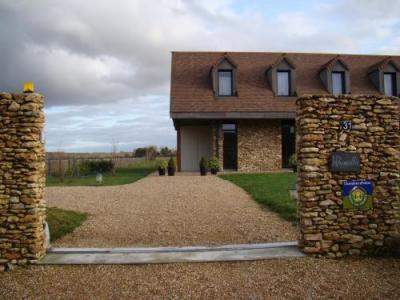 La Passacaille
9.8
5
House with 2 bedrooms in Grosrouvre
82 € per double room
'la Passacaille' is our ecological house, made of stone and wood, with a large garden. The gest quarter offers 2 large bedrooms on the ground level and a large private dinning seating area with refrigerator. Each bedroom has its own bathroom…
Located 15.6 km from Rambouillet
Favourite
All bed & breakfasts around Rambouillet 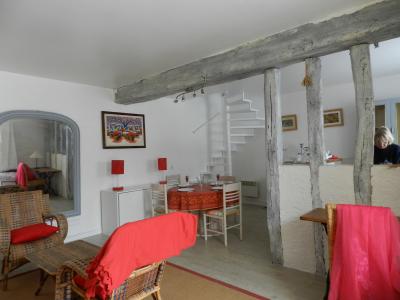 The mill dannemarie
Mill for 4 people in Dannemarie
60 m², 2 bedrooms
450 € per week
Charming cottage in the mill of the eighteenth, the house includes 3 pieces. The living room with open kitchen on the ground floor. At the floor two rooms with a bed of 140 and another with 2 beds of 0.90 and a bathroom with shower and toilet You…
Located 21 km from Rambouillet
Favourite 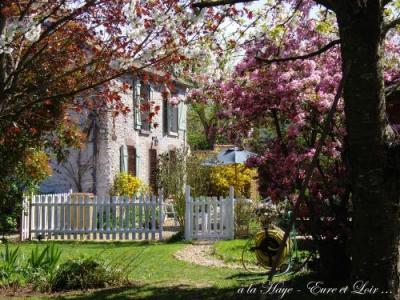 Gite Chez Flo
9.8
11
Farm for 4 people in Saint-Lubin-de-la-Haye
80 m², 2 bedrooms
400 € to 450 € per week
In a charming hamlet 6 km from houdan and 9 km from Anet, 60 km from Paris, 45 km from Versailles, 30 km from Giverny… Old farm in the nineteenth century stone on a wooded and flowery, large family suite with 2 bedrooms. Charming cottage with…
Located 29 km from Rambouillet
Favourite Gite of the small forge
NEW
Farm for 6 people in Clévilliers
110 m², 2 bedrooms
100 € per week
Located A clevilliers (28300) at the gates of chartres - in a quiet and peaceful hamlet, in the middle of the countryside. In the heart of a farmhouse, LOFT style completely renovated on 110 m2 (independent cottage, rented in its entirety).…
Located 36 km from Rambouillet
Favourite
All vacation rentals around Rambouillet 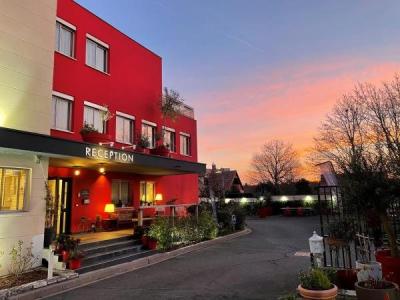 Villa Rambouillet
7.6
816
Hotel in Rambouillet
Room from 39 €
This modern residence is located opposite the forest of Rambouillet and 3 km from Rambouillet Castle. The residence boasts a garden, a fitness room and free Wi-Fi. With flat-screen TVs and satellite channels, all apartments at Les Viviales Rambouillet…
Located Rambouillet away
Favourite 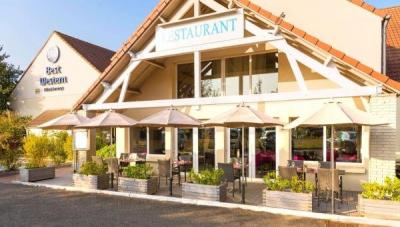