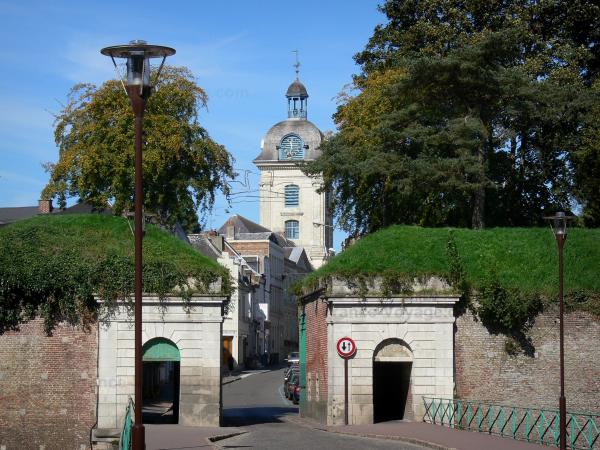 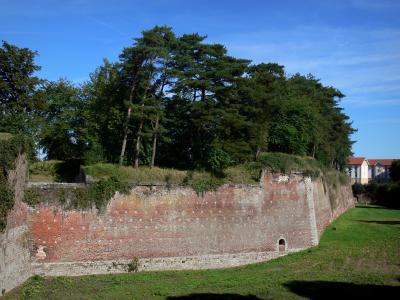 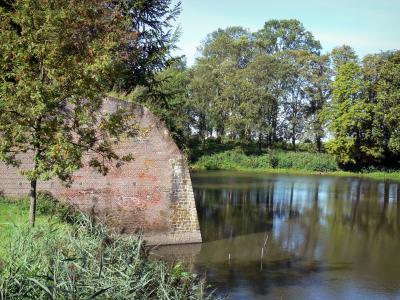 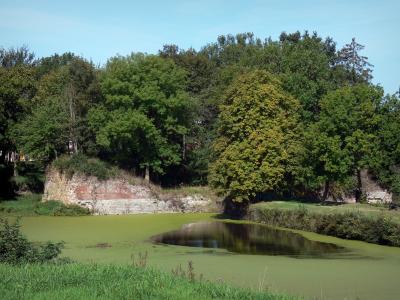 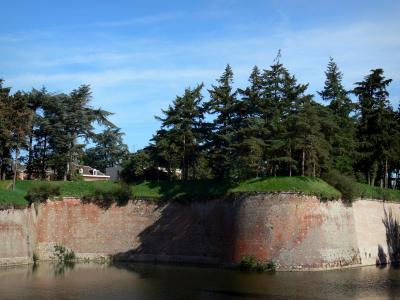 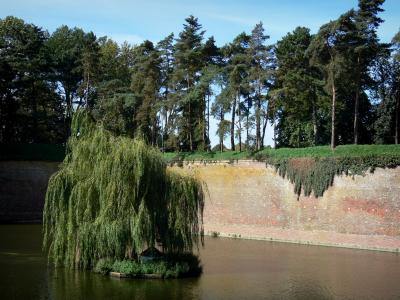 Situated close to the vast Mormal forest, the town of Le Quesnoy is a walkers' paradise, with peaceful lakes and green spaces to stroll around at the foot of the well-preserved 16th-, 17th- and 18th-century fortifications. An excellent way to discover the natural and military heritage of this fortified town is to walk around the lovely waymarked footpaths running along the ramparts.

Walled city, Le Quesnoy is at the heart of the Northern Department. Within the Regional Natural Park of Avesnois, the town lies at the center of the triangle Valenciennes, Cambrai, Maubeuge.

especially tourist city, Le Quesnoy has the distinction of having preserved its intact city walls and reveal the art of defense from the seventeenth to the early twentieth century. Known for its long shoemaking craft activity, this common North is today mainly on tourism. Its history is very rich, passionate visitors eager to learn more about the ancient family of Hainaut. French became in the seventeenth century, the town of Le Quesnoy still reveals a beautiful architectural and cultural heritage. 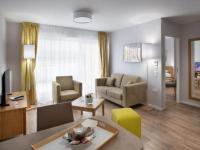 The heritage is so important to Le Quesnoy, one does not know where to start!

The ramparts, intact, were built in the Spanish era, before being modified by the famous Vauban himself. We can still admire today the towers surrounding the city since the seventeenth century as well as many other monuments: the tower of the Edifieur Baudoin, one of the oldest of all, Bastion Caesar erected under Louis XIV the Green stronghold and headquarters hospital, or the Fauroeulx door, the only one who has not suffered from the Second World War and its degradation.

The present castle, the Cernay, was built in the seventeenth century, replacing the XIIth century building built by Baldwin IV of Hainaut. You can still see some remains of the original castle that served as residence to Charles the Bold, as a gateway and a set of Romanesque cellars.

Walking through the streets of Quesnoy, visitors discover a series of remarkable monuments like the Church of Our Lady of the Assumption and Christ the links listed as historical building, the belfry of the town hall and its carillon 48 bells, the chapel of the hospital and its gothic style, or the memorial of the New Zealanders on the ramparts. Note that you can also admire the beautiful statue of Wisdom, Mr. Lawrence, who was listed building.

The market is held on the second and fourth Sunday of each month, in the morning.

In early December, the Christmas market is the scene of many events.

In March, the city hosts an egg hunt on the ramparts.

In May, a strawberry festival celebrates this popular fruit with entertainment and tastings.

The communal feast with its flea market and carnival is organized in June.

The town of Le Quesnoy hosts two motocross racing on its walls, in May and 14 July.

The hitch party with a wild competition takes place in September.

To highlight this famous food, the city offers a Milk Day in September, including a market and a cattle competition. 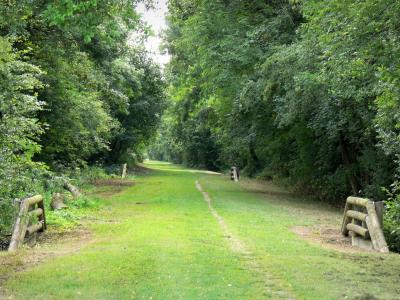 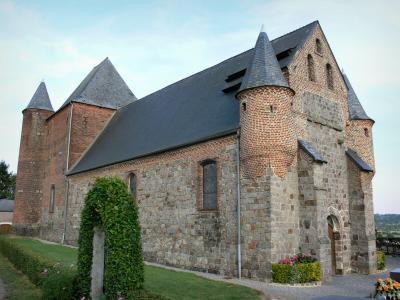 The fortified churches of Thiérache
Superb fortress-style buildings made of brick and stone! 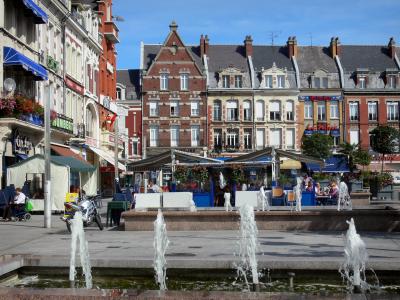 Cambrai
City of Art and History 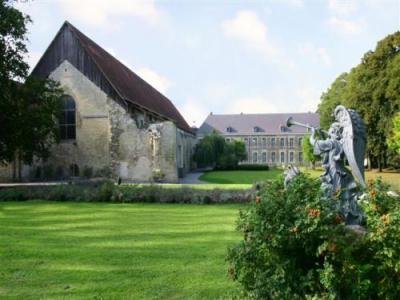 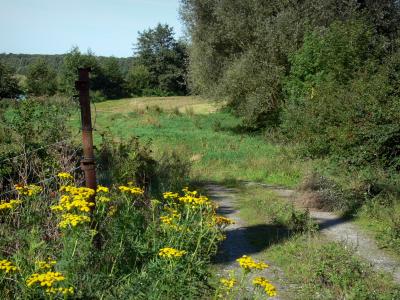 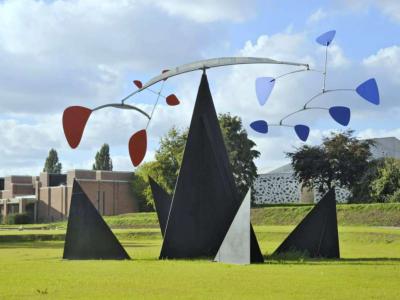 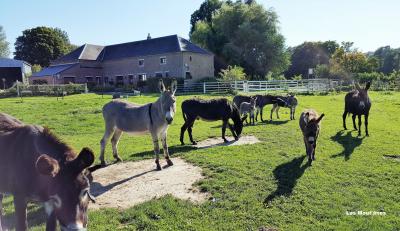 Les Mout'ânes
9.8
53
Farm with 3 bedrooms in Saint-Hilaire-sur-Helpe
80 € to 84 € per double room
In the Regional Natural Park of Avesnois, the country maroilles, Barbara and Stéphane welcome you to their farm avesnoise middle of the woods where they raise sheep and donkeys. Three cottages (Gites de France) labélisées Gites Panda by wwf.…
Located 23 km from Le Quesnoy
Favourite 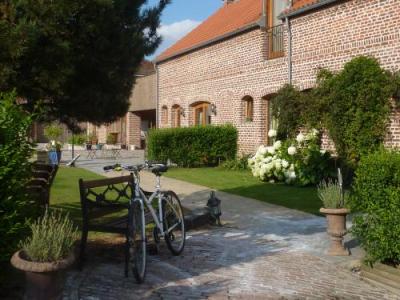 Ferme de montecouvez
9.4
9
Farm with 6 bedrooms in Crèvecoeur-sur-l'Escaut
70 € to 85 € per double room
5 guest rooms including 2 family rooms, located in quiet hamlet and green. Easy access as we are 9 km from exit 9 on the A26. Comfortable rooms with bathroom and toilet. Towns near Cambrai, caudry, Saint Quentin, Peronne.
Located 34 km from Le Quesnoy
Favourite
All bed & breakfasts around Le Quesnoy 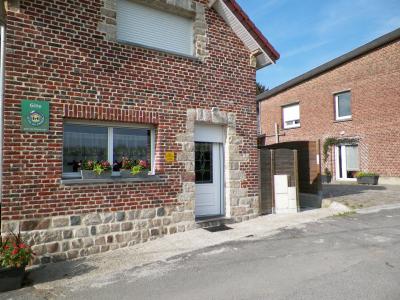 Gîte les Prairies
9.7
20
House for 4 people in Maresches
67 m², 2 bedrooms
360 € to 380 € per week
House renovated, in a green, quiet, warm and welcoming on a working farm (crops and dairy cows). Lovers of the countryside, nature, walking and cycling will find them. Possibility to rent 2,3, 4,5, 6,7 nights please contact us. Reservation at…
Located 6.4 km from Le Quesnoy
Favourite Gîte 3ch Ferme des Géants Batisse Lisa
9.1
5
House for 4 people in Flines-lès-Mortagne
82 m², 3 bedrooms
290 € to 335 € per week
Welcome to our guesthouse 'The Farm of the Giants Batisse and Lisa ', renovated farmhouse in the hamlet Rouillon in the heart of the natural park Scarpe-Escaut, near the forest of the Flines Mortagne, hiking trails, 13 km of Spa, 13 km Tournai,…
Located 31 km from Le Quesnoy
Favourite 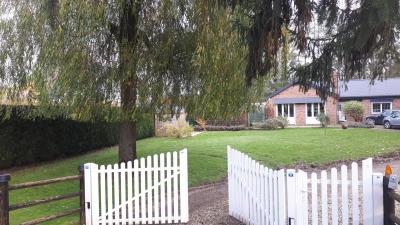 The Aurannes with heated indoor pool
House for 6 people in Féron
100 m², 3 bedrooms
750 € per week
Single storey and independent of 100 m² on 3000 m² with heated covered pool with chairs and shower - area of ​​10 m x 4 m and a constant depth of 1 m 50. Security tarpaulin. Access to the pool locks for child safety. Electric gate for access…
Located 36 km from Le Quesnoy
Favourite
All vacation rentals around Le Quesnoy 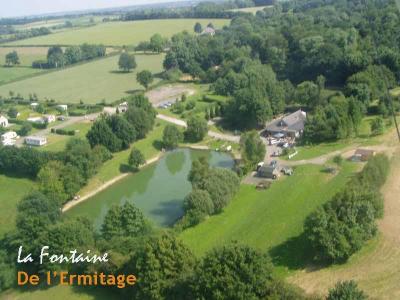 The Fountain of the Hermitage
10
1
Campsite in Saint-Hilaire-sur-Helpe
50 pitches on 4ha
1450 € per day (2 pers / tent / car)
In an exceptional setting, The Hermitage Fontaine is open from Tuesday to Sunday for a relaxing time with friends, family, ... In order to enjoy its bar, brasserie, fishing ponds trout, his unusual campsite of 50 pitches, mobile home rentals,…
Located 22 km from Le Quesnoy
Favourite 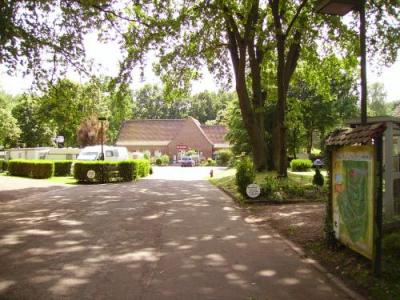 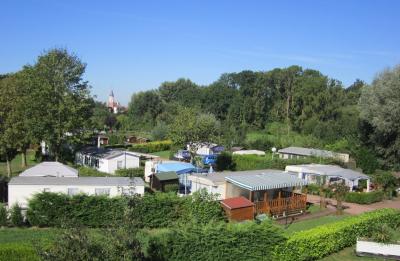 Camping Les Colombes
9.1
5
Campsite in Aubencheul-au-Bac
116 pitches on 7ha
13 € per day (2 pers / tent / car)
The campsite Les Colombes is a very quiet family campsite located in the valley of Sensée, between Douai and Cambrai. Built in a village of 500 inhabitants, you will be awakened by the sound of the numerous birds around the site of 7 hectares…
Located 33 km from Le Quesnoy
Favourite
All campsites around Le Quesnoy LE MOULIN D'ARTRES
8.9
11
Hotel in Artres
Room from 98 €
LE MOULIN D'ARTRES features a restaurant, bar, a shared lounge and garden in Artres. Featuring family rooms, this property also provides guests with a terrace. Private parking can be arranged at an extra charge. The units at the hotel come with…
Located 8.7 km from Le Quesnoy
Favourite 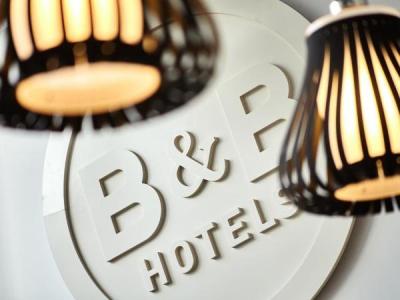 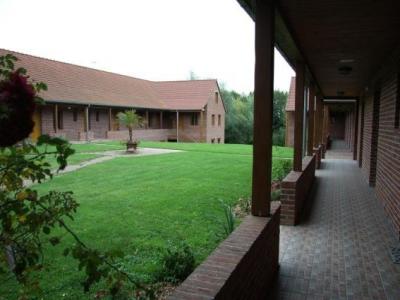 Hôtel Les Charmilles de Mormal
9.2
174
Hotel in Landrecies
Room from 69 €
Located in Landrecies, just next to the Mormal Forest, Les Charmilles de Mormal offers facilities for business meetings and banquets. Valenciennes is only a 45-minute drive from the property. All rooms and suites are accessed by a private entrance…
Located 13.2 km from Le Quesnoy
Favourite
All hotels around Le Quesnoy