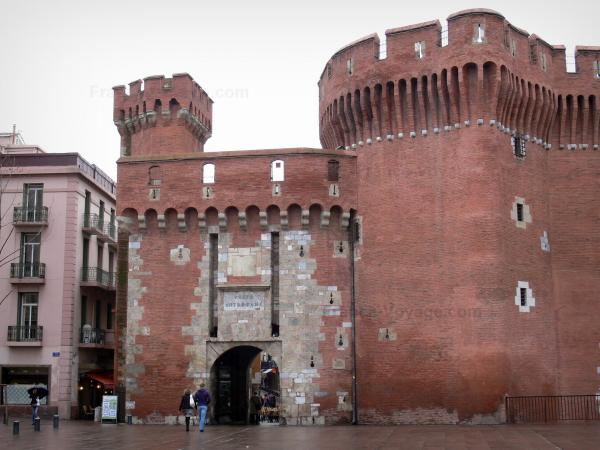 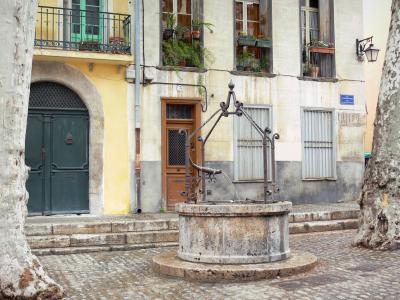 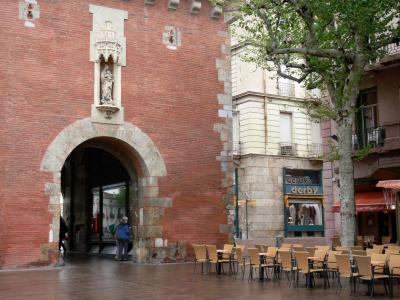 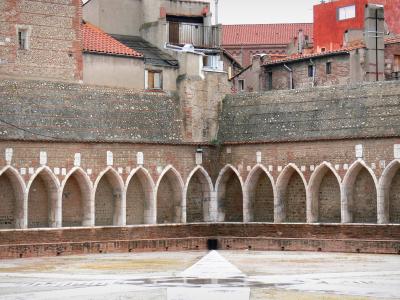 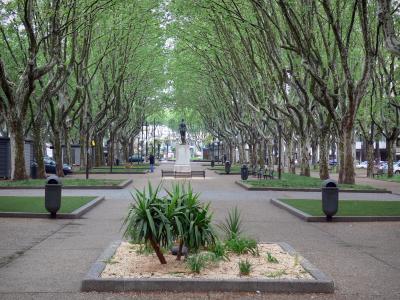 Situated thirty kilometres form the Spanish border, Perpignan, city of Art and History, retains from its past as the former continental capital of the kingdom of Majorca an historic centre of harmonious architecture, predominantly in the Gothic style.

Constructed at the end of the 14th century, then modified under Louis XI, the celebrated Castillet, the terrace of which gives an uninterrupted view over the roofs of the city, is the symbol of Perpignan. Once you have passed through the imposing fortified entrance, stroll along the little streets of shops, then set off to discover the treasures of the old town: the 14th-18th century Cathedral of St John the Baptist, topped with a wrought-iron bell tower, the choir of which has a 17th century marble altarpiece and whose Devout Christ chapel holds a 14th century woodcarving of Christ; the old funeral cloister of Saint-Jean from the beginning of the 14th century - the Campo Santo - the largest and oldest of this type in France; the Place de la Loge with its remarkable Gothic style building, the Loge de Mer; a palace-fortress of the Kings of Majorca from the 13th and 14th centuries, and its gardens overlooking the town; the forecourt of the Town Hall with its bronze statue by the sculptor Maillol, "La Méditerranée"...

You can also enjoy a moment of relaxation, ambling around the heart of the Bir Hakeim square or along the majestic Promenade des Platanes, with its many statues.

The Castillet, which was a gateway to the town then a state prison before being classed as an Historic Building in 1889, is now home to a museum which traces the history of North Catalonia from Antiquity to the present day.

Each year, around 23 April, the festival of Sant Jordi, the patron saint of Catalonia, is celebrated. Place Gambetta is transformed into a real open air bookshop, where the book is given pride of place by of publishers, writers and booksellers. Full of things to see and do, this special day is also that of the rose, which has been celebrated here since the 15th century!

Catalan city par excellence, Perpignan takes place in the department of Pyrénées-Orientales, in the heart of the Occitania region. Situated about thirty kilometers from the Spanish border, this city of art and history is located in the center of the Roussillon plain, about ten kilometers from Canet-en-Roussillon and the Mediterranean Sea.

Former Continental Capital of the Kingdom of Majorca between 1276 and 1344, Perpignan was born in the ninth century. But it was not before the end of the 10th century that the city really took off, becoming capital of the counts of Roussillon. Long Spanish, the Catalan city will have to wait until the middle of the XVIIth century to join the kingdom of France.

Very attached to its roots and its Catalan culture, Perpignan is today mainly a tourist city. The charm of its atmosphere, its architectural heritage and its festive events make it an ideal place to spend holidays in the south of France.

Fortress palace of the fourteenth century, the palace of the Kings of Majorca dominates the plain and the valley of Roussillon. Surrounded by gardens, it has been listed in the Historical Monuments, and classified for its old door of the sixteenth century. Of gothic style under Oriental influence, it allows notably to appreciate the palace Majorcan of James II. On two levels, the gardens offer a breathtaking view of the Canigou massif, the Mediterranean Sea, Força Réal, or the plain of Roussillon. Today, the site is the scene of many festivities throughout the year.

Former entrance to the ramparts, the Castillet now houses a Catalan museum of popular arts and traditions. Classified as a Historical Monument, the 14th-century building housed a prison for a while and is a fine example of military architecture in the region.

The lodge of Mer and the town hall form a beautiful medieval ensemble. The first, in Gothic style, used to serve as a commercial court, and now houses a cafe. The town hall was built in the 14th and 17th centuries.

The religious buildings are numerous in Perpignan, starting with the cathedral Saint-Jean-Baptiste built between the fourteenth and the sixteenth century. In southern Gothic style, it has been classified as a Historic Monument. The oldest funerary cloister in France, the Campo Santo takes place by his side, but is unfortunately more whole. Not far from there, Saint-Jean-le-Vieux is an old Romanesque collegiate church today partly disused. Also classified as a Historic Monument, it has a beautiful southern white marble portal. The beauty of the 13th-century Saint-Jacques church, Sainte-Marie-et-Saint-Pierre church of Château-Roussillon, the Minimes convent and Notre-Dame-la -Réal which dates from the fourteenth century.

The fortifications of Perpignan are made up of all the military constructions that surround the city. In addition to Castillet, the palace of the Kings of Majorca and the Citadel, one can discover during walks the telescope of Canet, as well as part of the ramparts.

In the center you can admire the Casa Xanxo, a beautiful Gothic house from the beginning of the 16th century, or the Saint-Martin church rebuilt in the 1920s in a mixture of Art Deco and Neo-Romanesque.

Several museums take place in Perpignan, like the Hyacinthe-Rigaud Museum. It reveals beautiful collections of paintings and decorative arts, including works by Pablo Picasso. You can also discover the Museum of Natural History, as well as the Museum of Coins and Medals Joseph Puig.

The natural heritage of Perpignan is also of great interest. You will love to stroll in the square Bir-Hakeim or on the promenade of the plane trees with its beautiful statues.

Do not miss to go to the station of Perpignan, this one was designated by the painter Salvador Dalí, as the center of the world.

Perpignan offers markets every day, Monday to Sunday. Fairs are also held on 17 January, 15 May and 12 November. On Sundays, the town highlights its flea market, while a medieval market is organized every September. In December, the Christmas market settled in the city.

During holy week, a festival of sacred music is proposed in Perpignan.

Around April 23, Sant Jordi, the patron saint of Catalonia, transforms Place Gambetta into a large book market, also celebrating the rose according to a 15th century tradition.

Every holy Friday, the city proposes its procession of the Sanch, an annual Catholic ceremony of Catalan culture.

In June, you can discover the festival of the art book and the film.

Every last weekend of August, the Palais des Rois de Mallorca hosts the Guitar Festival at the Palais with concerts.

In July and August, on Thursday evening, the city offers street concerts.

Dedicated to jazz music, Jazzèbre is a festival offering different concerts between September and October.

Every year in October, the Voice Festival brings together artists from around the world.

At Christmas, a large Catalan nativity scene is installed in the town of Perpignan. 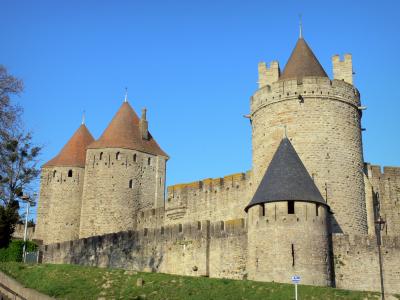 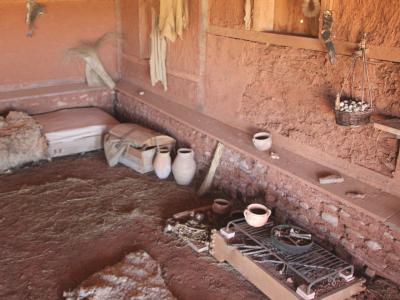 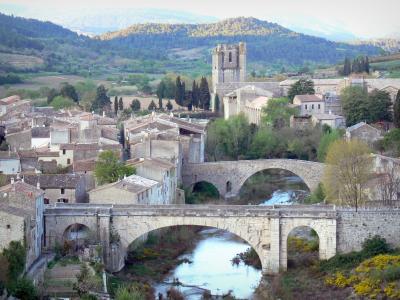 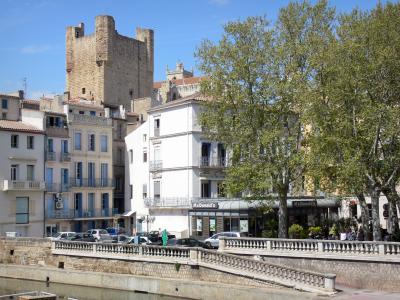 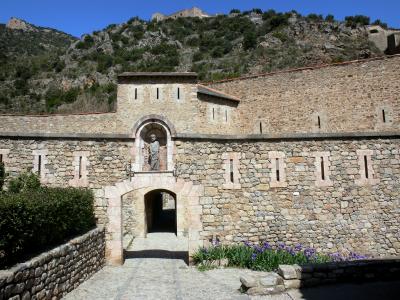 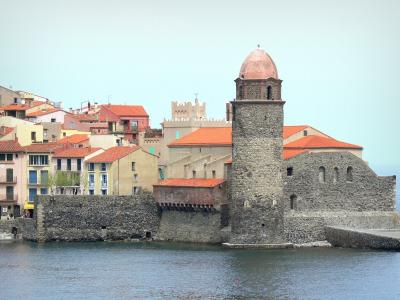 Collioure
Pearl of the Vermillion Coast 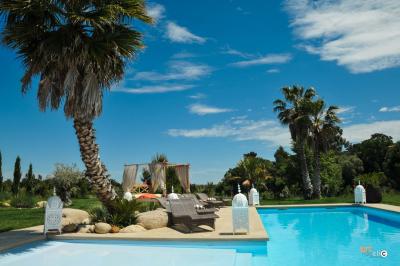 Remote Getaways
9.8
2
House with 5 bedrooms in Perpignan
95 € to 170 € per double room
Faraway Getaways : bed and breakfast in Perpignan in a haven of peace, at the gates of Spain - Perpignan, just its name, it is the image of the south, the sunlight, the Mediterranean and the perfumes from near Provence. In the midst of vineyards,…
Located Perpignan away
Favourite 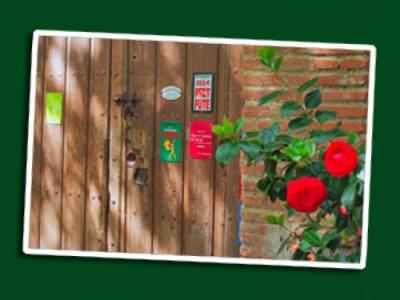 Domaine du Mas Bazan
9.5
13
Southern French farmhouse with 5 bedrooms in Alénya
71 € to 139 € per double room
It winds through vineyards and orchards… At the end of the road stretches Mas Bazan. Two steps from the beach, near the city of Perpignan, this impressive mas catalan pebbles and cayrous of 19 th century… The Mas Bazan hides its charms under…
Located 8.1 km from Perpignan
Favourite 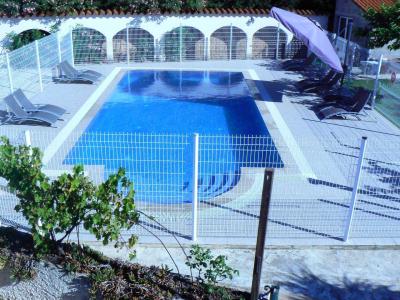 Mas des palmiers
8.9
3
House with 5 bedrooms in Ortaffa
50 € to 65 € per double room
Nathalie and Vincent welcome you in their guest rooms in a lovely big house for a fun holiday between sea and mountain, in the Languedoc -Roussillon Mediterranean Sea Pyrenean mountains, Catalan cuisine. Our guest rooms, close to Collioure,…
Located 13.4 km from Perpignan
Favourite
All bed & breakfasts around Perpignan 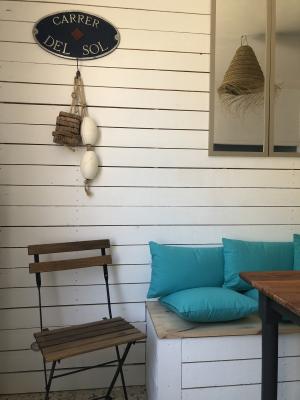 Carrer Del Sol
NEW
House for 4 people in Sainte-Marie-la-Mer
50 m², 2 bedrooms
420 € to 560 € per week
Village house on three levels in the heart of Sainte Marie La Mer. On the ground floor is the kitchen and its dining area, the bathroom with shower, toilet and washing machine. On the first floor a spacious bedroom with double bed 140/190…
Located 10.4 km from Perpignan
Favourite 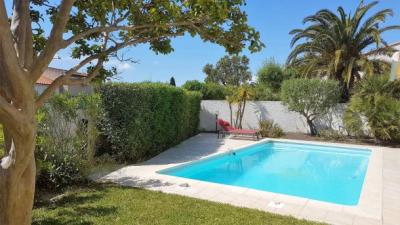 Luxury villa with private pool
Villa for 8 people in Saint-Cyprien-Plage
140 m², 4 bedrooms
2250 € to 2500 € per week
Domaine du Golf, Ideal for families, prestigious villa, 4 fronts of 140 m², air-conditioned, on perfectly maintained 800m² land with private swimming pool without vis-à-vis, for 6 to 8 people. You will appreciate its calm with its beautiful…
Located 12.6 km from Perpignan
Favourite 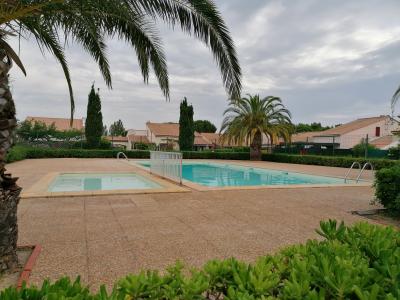 Camping Le Haras
9.7
8
Campsite in Palau-del-Vidre
131 pitches on 4ha
16 € to 35 € per day (2 pers / tent / car)
Between the Mediterranean Sea and the Pyrenees mountains, discover this charming family campsite which extends over a green area of 4ha with its 100 pitches, its 19 rental units and its many green spaces. Everything is in place to spend a relaxing…
Located 14.8 km from Perpignan
Favourite 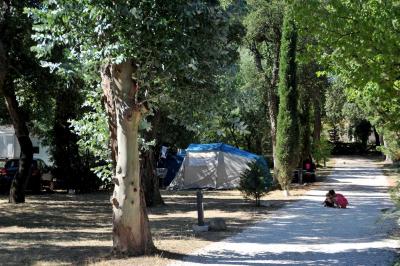 Fagamis Oasis
Campsite in Saint-Génis-des-Fontaines
71 pitches on 1.3ha
13 € to 25 € per day (2 pers / tent / car)
Camping near mediterranean, flat garden with swimming pools, family camping, quiet and green, 10 minutes from the Med at the foot of the Alberes, 2 steps of Spain, near Collioure, Argelès, Perpignan and Boulou. Like the Mediterranean, the mountains,…
Located 17.7 km from Perpignan
Favourite 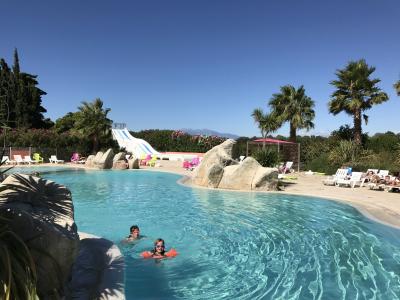 Village Camping Le Méditerranée Argelès
8.6
8
Campsite in Argelès-sur-Mer
150 pitches on 5.5ha
Le Méditerranée is a Village Camping 5*, located within idyllic surroundings, near the sea. Mobil homes, 'gîte' (little house) and natural cottage with terrace and garden are proposed to you in an environment-friendly site. As for accommodation,…
Located 18 km from Perpignan
Favourite
All campsites around Perpignan 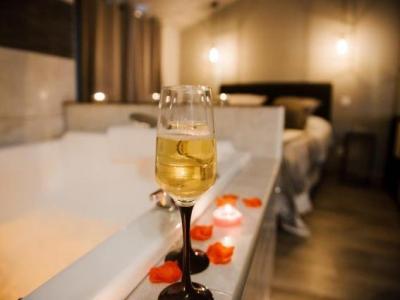 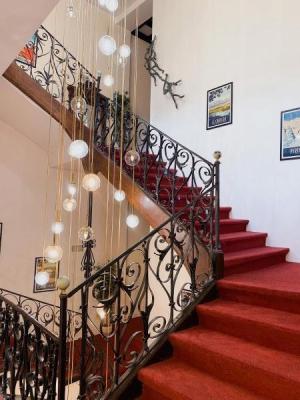 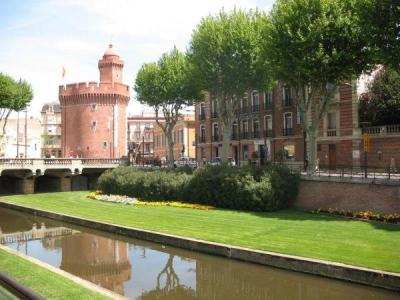 Hotel De France
8.2
1004
Hotel in Perpignan
Room from 58 €
Located on the banks of the Basse in Perpignan, next to the emblematic Castillet, Hotel de France is set in an 1833 building and is situated in the town centre. This property is ideally located close to all the professional, touristic and cultural…
Located Perpignan away
Favourite
All hotels around Perpignan