The banks of the Marne river in the town of Neuilly-sur-Marne make a charming place for a stroll. Barges moored alongside add a picturesque note. Water sports activities like sailing and rowing are also available.

Neuilly-sur-Marne is a city of Seine-Saint-Denis, in the region of Ile-de-France, on the borders of the Seine-et-Marne and Val-de-Marne, 15 kilometers east of Paris.

The territory bordered on the south by the Marne and the Chelles canal is occupied from the Paleolithic then by the Gauls.

While the surroundings are still largely forest, a town is formed in the tenth century and, in the late twelfth, an abbot named Foulques erects a church before being noticed by the pope who entrusts the Fourth Crusade.

The lands are then owned by different lords, and in the eighteenth century, the activity is market gardening and even wine, while residences and castles are raised along the Marne.

From the second half of the 19th century, the industrialization of the Parisian crown and the arrival of the railway initiated a new development of the town. Urbanization intensified in the twentieth century, with the creation of suburban housing estates and buildings, and the population of Neuilly-sur-Marne increased from 10,000 inhabitants after the second war to nearly 35,000 today.

The city, however, has preserved its charm linked to the old fashioned cafes along the Marne and has green parks which, with its heritage and its cultural and sporting dynamism, contribute to its attractiveness. 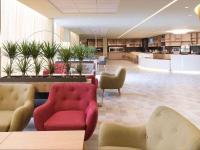 Several built heritage elements can mark a discovery walk in the city.

Starting with the church Saint-Baudile, whose construction began in 1198. Its pillars imitate those of Notre-Dame de Paris and its style mixes Romanesque and Gothic. Excavations have established that from the outset, the site included Merovingian sarcophagi. Later, Father Foulques was buried in the church he had wished to build. The tympanic mosaic dates back to 1900 and the tiled floor on the floor at the same time covered the ancient tombs.

Ville-Évrard already existed, a vast health house and asylum built in the 1860s on the former seigniorial domain. The structure is completed during the twentieth by new buildings (boarding school, workshops), and becomes a small town in the city. Camille Claudel and Antonin Artaud were interned there.

In another register, we can linger on the monument to the dead, made by the sculptor Paul Moreau-Vauthier, himself former Hairy, and who conceived the boundaries that materialize the front line in 1918, at the end of the First War, from the North Sea to the Swiss border.

In the cemetery, to see also, the tomb of General Donzelot, shaped like Egyptian temple. He was indeed of the Napoleonic campaign, and the names of the great battles in which he participated are engraved under the pediment, from Valmy to Waterloo.

Other stages of a visit of the city, the old guinguettes on the banks of the Marne (such as the Bar de la Marine, dating from 1880), the workers' cities of the inter-war period (Cité Jardin, Maisons Turin), the community Emmaus established in 1949, the former town hall erected in 1850 instead of a relay station, Art Deco buildings of the avenue Leclerc, the castle Guérin become music conservatory Avenue De Gaulle or finally the house of the painter and musician Flaxland, rue Gaubert, a nineteenth century bourgeois building in which the artist welcomed celebrities like Chopin and Sand.

On the environmental front, the Marne and the canal linking Neuilly-sur-Marne to Vaires-sur-Marne built under Napoleon III remain pleasant and instructive walks. We stroll there and we observe a still active navigation, especially as a marina has been built, hosting up to 80 pleasure boats. Information on +33 1 43 08 21 21.

Neuilly-sur-Marne is also endowed with several parks and squares of importance.

This is the case of the Croissant Vert communal park, on 33 hectares, where many amenities have been made for recreation (skate, roller and BMX, playgrounds). A fitness trail is also available. The park also hosts a teaching farm (information on +33 1 49 44 63 40).

Guerin Park, which adjoins the Conservatory (wooded alleys, games, football field), and the Square de l'Eau, on the banks of the Marne, as an extension of the waterworks. Illustrated panels explain the treatment of water, from its pumping in the Marne to the tap. In addition, this beautifully wooded area is home to the old Farcot machines, elevating pumps that pumped water back to the water towers on the surrounding hills.

Note also that was recently developed the departmental park of Haute-Ile. It covers 65 hectares between the canal and a loop formed by the Marne. Designed to protect the biodiversity of wetlands and wastelands (the site is classified Natura 2000), its development also takes into account the archaeological heritage, and an archeosite has been made for visitors. Information on +33 1 43 93 42 53 or +33 1 43 93 98 42.

Finally, boulevard Aristide Briand, the lake of Primrose is a delight for walkers and fishermen.

All heritage sites, and in particular the banks of the Marne, can be included in hiking or mountain biking trails. Documentation and information on +33 1 49 15 98 98.

On the cultural level, the Saint-Exupéry media library has an auditorium, a cinema area and also offers exhibitions and shows. Information on +33 1 56 49 19 49.

In March, a festival dedicated to the comics program meetings with authors, workshops and exhibitions for all audiences.

In July, Neuilly Plage on the Marne and in the city center offers fun activities, concerts, varied entertainment for all ages.

The second weekend of September, the nautical festival is also held on the banks of the Marne (sports activities, entertainment and music).

Every Wednesday and Saturday morning, finally, the market reconnects with the market gardening tradition of the city and allows to discover the wealth of the soil of Ile-de-France.

Meudon Forest
A perfect place for a walk

Meudon
Its observatory, its terrace, its museums, its forest 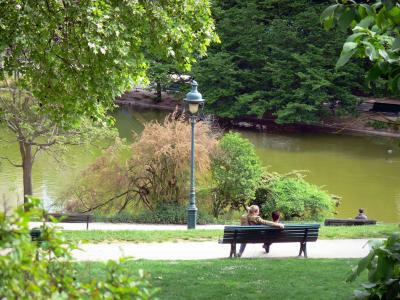 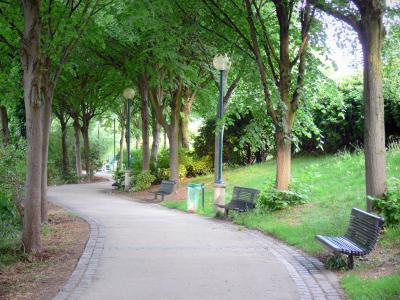 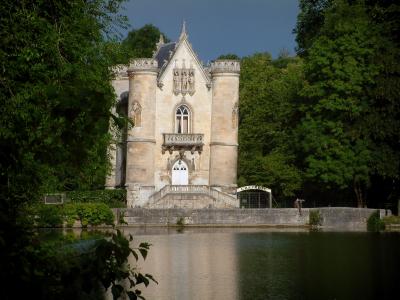 The Commelles ponds
At the heart of the Chantilly forest, a natural area loved by walkers Chihiro
Japanese restaurant in Neuilly-sur-Marne
19 € per person
THE JOURNEY BEGINS HERE - Neuilly sur Marne, where the restaurant Chihiro is waiting for you to discover the specialties and refinement of Japanese cuisine! WIND OF CHANGE - Finished monotony plates with this rich and tasty menu which offers…
Located Neuilly-sur-Marne away
Favourite 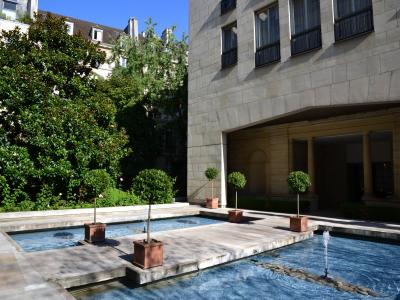 Assia et Nathalie - luxury guest room
Apartment with 2 bedrooms in Paris
210 € to 240 € per double room
Who are we ? Are you looking for a unique and personalized stay at Paris, in an exceptional setting combining history, refinement, calm, greenery and security? Welcome to Assia and Nathalie! Your luxury guest room at Paris Le Marais. Our challenge?…
Located 12.1 km from Neuilly-sur-Marne
Favourite 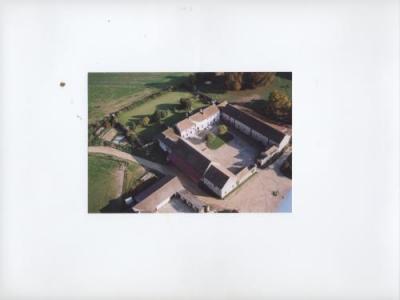 Ferme de Vert Saint Père
9.4
7
Farm with 3 bedrooms in Crisenoy
70 € to 75 € per double room
In a large working farm, in the Brie area, very peaceful location in the middle of the fields, only one hour from Paris., close to Vaux le Vicomte chateau. And half an hour from Fontainebleau, or euro disney ; 2 family appartments for 4 and…
Located 33 km from Neuilly-sur-Marne
Favourite
All bed & breakfasts around Neuilly-sur-Marne 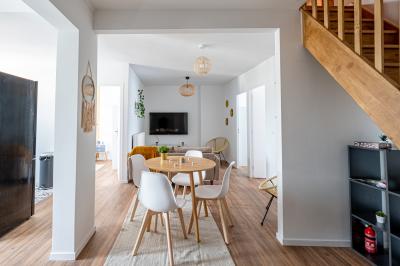 A break in Ile de France around T4
Apartment for 6 people in Drancy
70 m², 3 bedrooms
890 € per week
Superb bright apartment nest and its 3 comfortable rooms with desk and wardrobe. Carefully designed to make you feel at home, the apartment is fully equipped with a lounge cocooning, a luxurious kitchen and a room with projector! Easily accessible…
Located 9 km from Neuilly-sur-Marne
Favourite 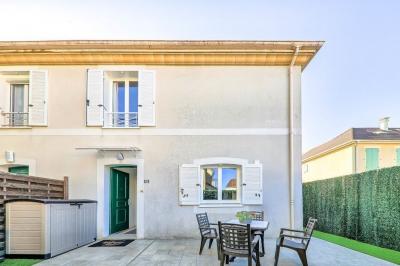 The vapillone at the Gates of Disneyland Paris
NEW
9.9
4
House for 5 people in Serris
80 m², 3 bedrooms
840 € per week
Imagine a small cocoon of serenity and greenery in the heart of the Val d'Europe, at the gates of Disneyland Paris, a modern and charming pied-à-terre, yet enjoying a rare calm. This is what the villa omagny, a 100 m² house in Magny-le-Hongre,…
Located 18.5 km from Neuilly-sur-Marne
Favourite 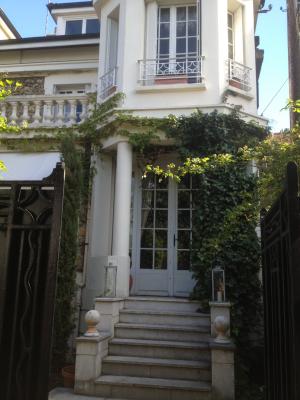 Tonic cottage
Apartment for 5 people in Corbeil-Essonnes
59 m², 2 bedrooms
540 € per week
Description - This apartment "Le Tonique" ideally located a few minutes walk from the train station and the city center, in an old house completely renovated that will seduce you. Near Paris, Versailles, Fontainebleau and Disneyland. On the…
Located 28 km from Neuilly-sur-Marne
Favourite
All vacation rentals around Neuilly-sur-Marne 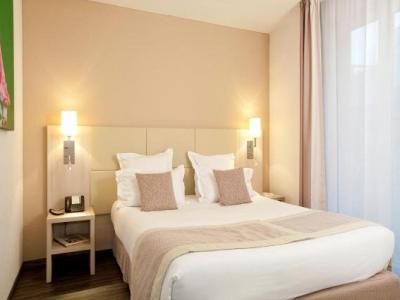 Residhome Neuilly Bords De Marne
8.4
959
Hotel in Neuilly-Plaisance
Room from 63 €
The Residhome Neuilly Bords de Marne aparthotel offers self-catering apartments located in Neuilly-Plaisance, a 15-minute drive from Paris. It has a 24-hour reception and a mini-market on site. These stylish apartments have free WiFi access…
Located 1.3 km from Neuilly-sur-Marne
Favourite Le Vieux Puits
9.2
250
Hotel in Noisy-le-Grand
Room from 96 €
Le Vieux Puits is set in Noisy-le-Grand, 18 km from Paris and a 20-minute drive from Disneyland Paris. Bry-sur-Marne RER Station is 550 metres from the property. All rooms have a private bathroom. Guests have access to the large garden. Paris…
Located 1.4 km from Neuilly-sur-Marne
Favourite Novotel Marne-la-Vallée Noisy-le-Grand
7.4
1150
Hotel in Noisy-le-Grand
Room from 71 €
This 4-star Novotel is located halfway between Disneyland and Paris, 5 minutes from the Noisy RER A Train Station. It has an outdoor heated pool and a furnished terrace. Flat-screen TV with satellite and cable channels, en suite bathrooms with…
Located 2.3 km from Neuilly-sur-Marne
Favourite
All hotels around Neuilly-sur-Marne