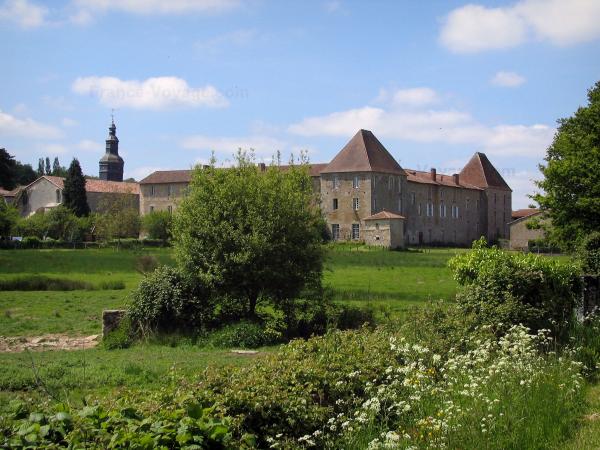 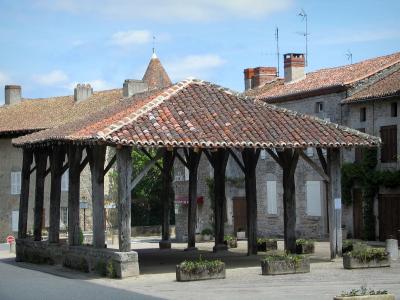 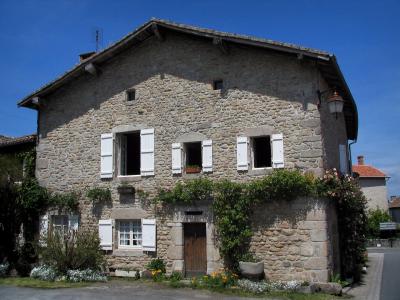 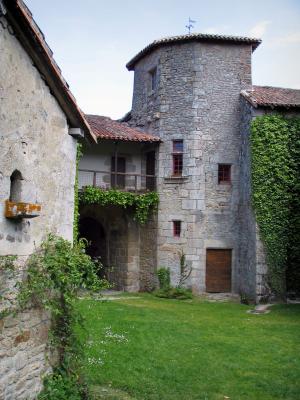 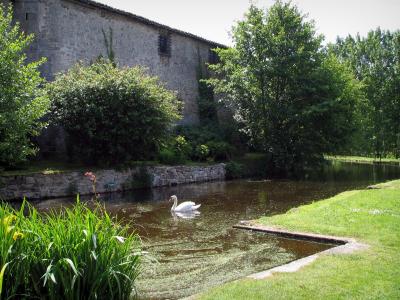 Situated at the foot of the mounts Blond, the charming village of Mortemart is listed as one of the Most Beautiful Villages of France. This village has preserved numerous traces of its past, like the remains of the dukes of Mortemart's château, beautiful granite houses, two former convents and the picturesque 16th-century wooden covered market halls. Next to Place Royale square where the latter are located, the fort offers a peaceful and romantic setting with moats and a tranquil garden.

Former chapel of the Augustins convent, the church of the village is topped by a beautiful onion-domed bell tower. The inside of this building contains wooden carved stalls dating from the 15th century, as well as a Baroque altarpiece.

Mortemart is a small town of Haute-Vienne, in region New-Aquitaine, about fifteen kilometers from Bellac and 40 kilometers north-west of Limoges.

Ancient Gallo-Roman site, the village developed around its castle built in the 10th century then its convents.

Presenting a remarkable architectural unit, Mortemart is a village now protected and member of the association "Most Beautiful Villages of France".

However, despite its tourist attraction, the population of the locality is now only about 120 inhabitants, three times less than the Revolution.

In addition to its built heritage, Mortemart offers the visitor a dive in a green environment suitable for hiking.

Campsites in the Haute-Vienne
Ideas and special offers to make the most of your stay. An easy way to find that gem you're looking for!
Compare offers

Campsites in the Haute-Vienne
Ideas and special offers to make the most of your stay. An easy way to find that gem you're looking for!
Compare offers

It is quite possible to discover on foot and only the most remarkable monuments and buildings of the village (but guided tours are possible throughout the year, ask for information on +33 5 55 68 12 79).

The route begins with the castle of the Dukes, in reference to the lords of Mortemart, the same family having owned since the distant ancestor Abon Drut began construction in 995! The castle lost part of its main building and the second floor of its towers on order of Richelieu, at a time when the central power did not support any local ambition...

Once chapel of the Augustinian convent, the church of Saint-Hilaire dates from the fourteenth century. Outside, its steeple called "triple bulb" is remarkable. Inside, you will observe its beautiful carved stalls, in oak, and an altarpiece in the choir, as well as paintings on wood.

A must see, in the village still, a magnificent hall of the eighteenth, with a four-sided timber frame, testifies to the commercial vitality of yesteryear. However, it should be pointed out that the hall with some signs of fragility was completely dismantled and then rebuilt identically in 2013.

The local lords have favored the rise of different congregations, two convents are still visible (a chartreuse on the other hand has disappeared). On the one hand there is the Convent of the Carmelites, built in the 14th century, which welcomed the poor and allowed the pilgrims to make a stop there. The building was rather spared by the weather and you can admire two monumental granite and wooden staircases in the central wing. As for the Augustinian convent, which also dates from the 14th century, its façade was rebuilt in the 17th century and the building that formed the college is now occupied by the town hall of the village.

The visit of Mortemart finally allows to admire some dwellings that belonged to notables: the house of Chevalier Béon, the Sénéchaussée and the house of Verdilhac-Villelonge.

But Mortemart also offers many possible activities: so, for example to discover the village and its surroundings (many marked trails), one can choose the charm of the carriages, or rent bicycles or even donkeys! For more information, please call +33 6 85 09 32 75.

Finally, for hikers (walking or mountain biking) who want to discover more than the village and its immediate surroundings, three trails of 4.6 and 7 km have been developed and marked. Information at +33 5 55 68 12 79.

Besides artistic exhibitions that mark cultural life throughout the year, the village offers regular appointments.

The second Sunday of February, a Hike of Candlemas is proposed to the sportsmen.

The first weekend of April, a natural wine fair attracts a large audience.

On the third Sunday of April, the celebration of plants celebrates the arrival of spring.

The last weekend of August, the festival ZicAnouic offers concerts of rock or traditional music in different villages of Haut Limousin, including Mortemart.

In August, the Haut Limousin festival is still staging at Mortemart for a classical music concert in the village church.

The second Sunday in November, finally, an apple festival celebrates the autumn...

For gourmets and gourmands wanting to discover the richness of the local terroir, in July and August, a country market is organized under the market on Sunday from 9 am to 1 pm. 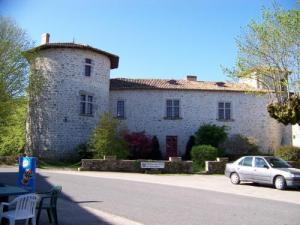 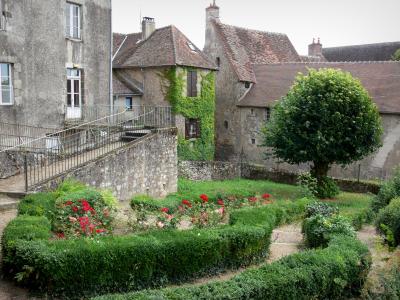 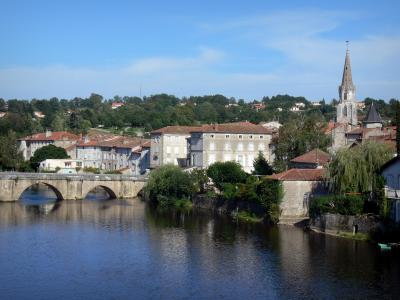 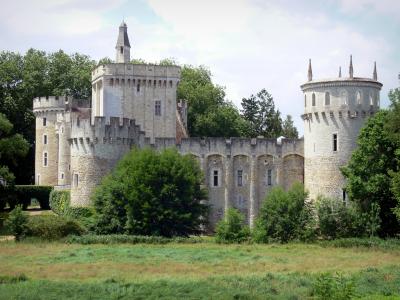 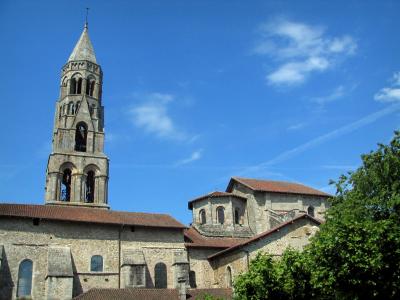 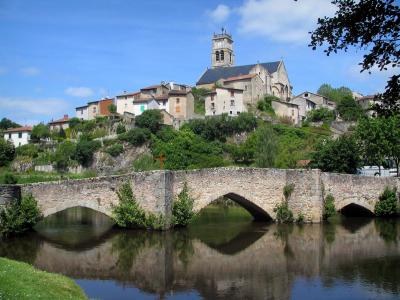 Bellac
Fall under the spell of this old medieval town 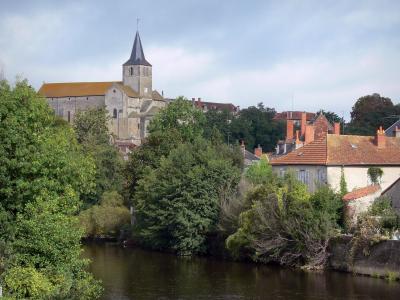 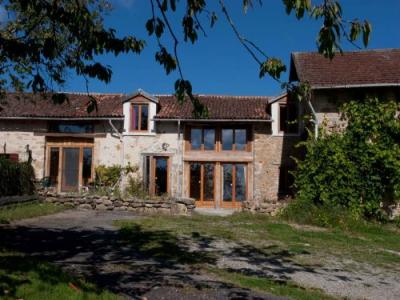 Chambres d'hôtes Le Queyroix-Martin
9.9
8
House with 5 bedrooms in Vaulry
75 € to 95 € per double room
Le Queyroix Martin is a haven of peace and tranquility where you can breathe fresh air, listen to the birds sing and relax and recharge your batteries. The guest house offers five double bedrooms, all with en-suite shower, which were created…
Located 6.7 mi from Mortemart
Favourite 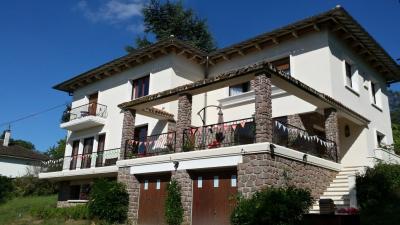 13 Bees
9.0
1
House with 4 bedrooms in Confolens
63 € to 73 € per double room
Join us in our villa, inspired by the Art Deco style, on the banks of the Vienne River, surrounded by green Charentais countryside and medieval towns and villages and typically French. Each visitor is more than just a customer; you are welcome…
Located 13.9 mi from Mortemart
Favourite Les forges de planechaud
9.3
20
House with 3 bedrooms in Saint-Sornin-Leulac
49 € per double room
Adept green tourism and open spaces, Welcome home. We welcome you all year in an 16th century mansion located north of the Limousin, in the department of Haute Vienne, 10 minutes from junction 23 of the A20 and less than 5 minutes from the rn…
Located 17.2 mi from Mortemart
Favourite
All bed & breakfasts around Mortemart Maison Lavaud
9.3
4
House for 2 people in Cieux
35 m², 1 bedroom
300 € to 410 € per week
The cottage/gite Maison Lavaud offers self catering accommodation, and is an ideal base to explore the Haute Vienne and the Limousin region of France. The cottage/Gite has Satellite tv, WiFi internet and Pets are welcome. The property is on…
Located 4.2 mi from Mortemart
Favourite House for 4 person
9.8
2
House for 4 people in Cieux
67 m²
320 € to 440 € per week
Located in the foothills of the Monts de Blond, ideal for exploring the Limousin with its history, beautiful lakes and amazing rural countryside. On the ground floor is a living room and a separate fully equipped kitchen / dining room with stairs…
Located 4.2 mi from Mortemart
Favourite 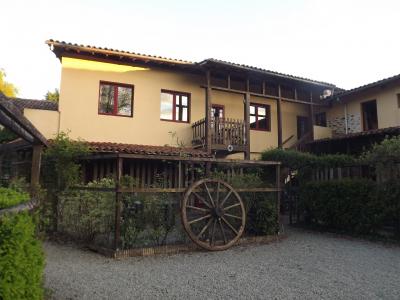 Self catering holiday rental L'Issoire
9.5
8
Apartment for 4 people in Saint-Christophe
36 m², 1 bedroom
250 € to 350 € per week
On Camping & Gîtes En Campagne you will find a small family friendly campsite and 5 holiday apartments (gîtes). Gîte L'Issoire is an apartment of 36 m²) for 2-4 persons on the first floor of the old farmhouse. It is ideal for families with 2…
Located 4.2 mi from Mortemart
Favourite
All vacation rentals around Mortemart Camping de Fréaudour ****
10
1
Campsite in Saint-Pardoux-le-Lac
137 pitches on 5ha
1490 € to 1690 € per day (2 pers / tent / car)
Our campsite is located on Lake Saint-Pardoux and its nautical base. We have 137 locations on a plot of 5 hectares. You can stay in traditional camping pitches, mobile homes or chalets. On site, enjoy free wifi at the reception, a snack bar,…
Located 15.6 mi from Mortemart
Favourite 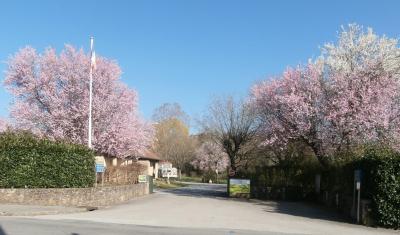 Camping de la Gartempe
10
1
Campsite in Châteauponsac
49 pitches on 4ha
14 € to 15 € per day (2 pers / tent / car)
Camping de la Gartempe welcomes you all year round. It is nestled in a charming village in Haute Vienne, Châteauponsac and is located on a protected natural site called "the pearl of Gartempe". In its green setting, on the banks of the river…
Located 16.4 mi from Mortemart
Favourite
All campsites around Mortemart 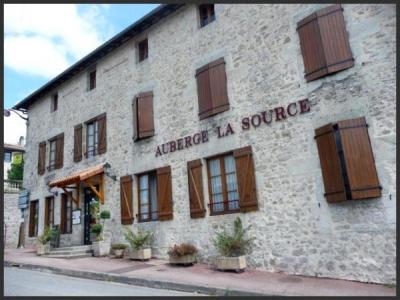 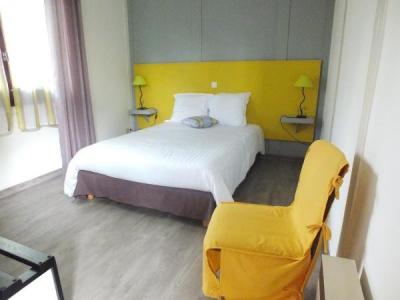 Hotel Restaurant Le Manguier
8.0
287
Hotel in Peyrat-de-Bellac
Room from 55 €
Set in a large park and located in Bellac, Le Manguier is a restaurant-hotel offering free WiFi and ground-floor bedrooms. The rooms at Le Manguier have an LCD TV with satellite channels. The bathroom is fitted with a shower and offers free…
Located 6.5 mi from Mortemart
Favourite
All hotels around Mortemart