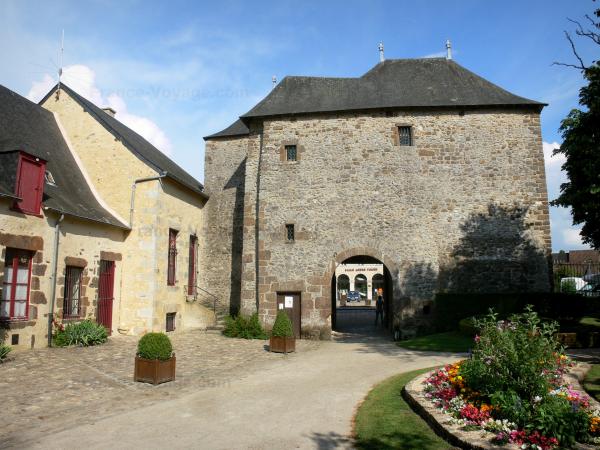 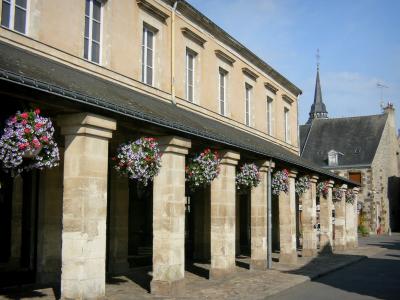 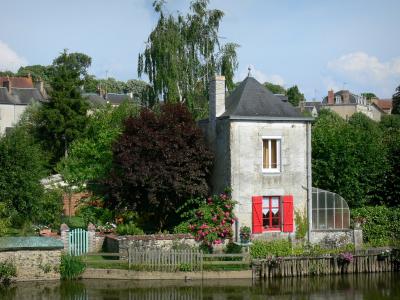 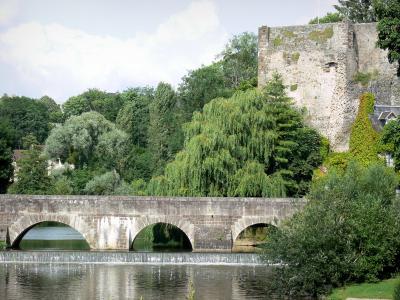 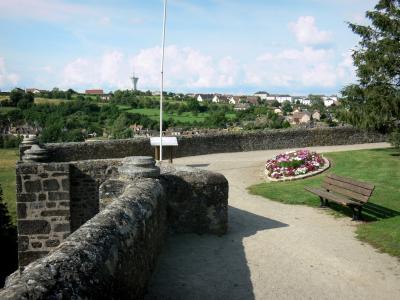 Nestling at the edge of the Mancelles Alps, the small character town of Fresnay-sur-Sarthe, a labelled green resort, forms a picturesque ensemble with its old castle ramparts, ancient houses, bridge over the Sarthe and verdant riverbanks. A harmonious scene that can be admired from the banks of the Sarthe, as well as from the public garden of the castle that overlooks the river.

A 15th-century relic, the castle's postern, located at the entrance to the garden, is now home to the A. Loré Museum of the Middle Ages, all about the medieval era. A few streets away, the Romanesque Church of Our Lady, adorned with a remarkable carved oak door from the 16th century, is another gem to admire in the medieval town.

Also worth a look is the Headdress Museum, based in the Lion Room (Salle du Lion), which has a superb collection of Sarthe headdresses from the 19th and early 20th centuries.

The most distant origins of Fresnay date back to the 6th century, when there are about 10 families on the "Fraxinidum" site. It is only in the 9th century that the history of the city really begins with the construction of the castle in 877 under the impulse of King Charles the Bald. Indeed the site seems ideal for the installation of a fortress because located on a rocky spur overlooking the Sarthe. Despite this, the city, known at the time under the name of Fresnay-le-Vicomte, will undergo several assaults, those of William the Conqueror and later those of the English. With the attack of the English, during the Hundred Years War, a man born in the region will be honored: Ambroise de Loré, companion of Joan of Arc, named Captain of the city in reward for his bravery.

During the following centuries Fresnay will be famous for its hemp paintings. This economy will mark the landscape of the city including the district of Bourg Neuf which lists many weavers houses. The architecture of its houses is recognizable by the external staircase which serves, upstairs the only living room, and in the lower part, slightly buried, the weaving workshop.

Name of the inhabitants: the Fresnois.

Common whose religious influence is undoubtedly, it has preserved its ancient church.

Name of the inhabitants: the Saint-Germinois.

Every Saturday in July and August: city tour, starting in 1530, the castle gate - free. 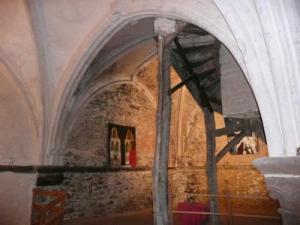 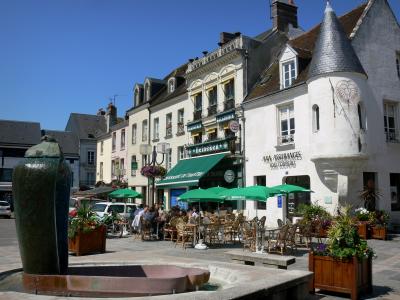 Mortagne-au-Perche
Historic capital of the county of Le Perche 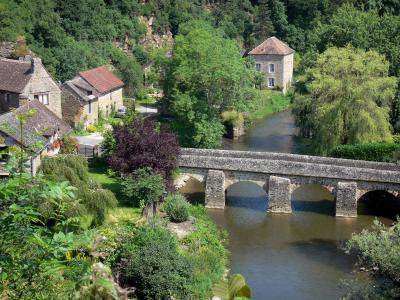 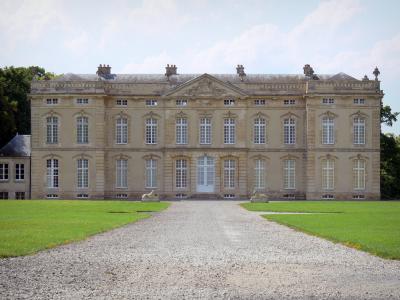 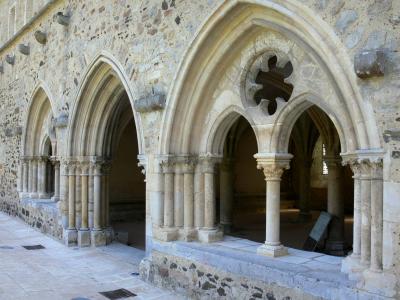 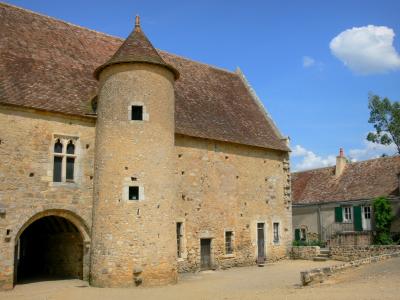 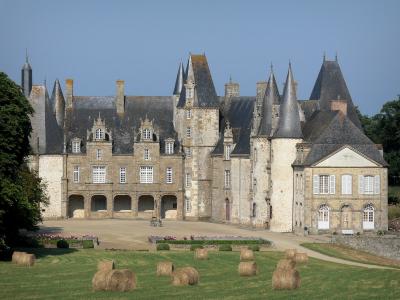 Au Colibri
8.7
148
French cuisine restaurant in Alençon
20 € per person
CRÊPERIE - Come beat the taste buds at Alençon at the salad bar-crêperie the Hummingbird! LANDSCAPES BUCOLIQUES - The creperie-salads At Hummingbird gets you Alençon, throw a pack of flour from the cathedral, in a refined pastel colors. The…
Located 16.9 km from Fresnay-sur-Sarthe
Favourite 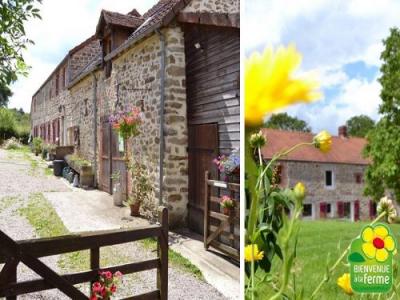 Mélisâne
Farm with 2 bedrooms in Le Bouillon
57 € to 63 € per double room
2 cottages in the pre donkeys, on the floor of the old barn at the front of the farmhouse, with 140 cm bed, shower and separate wc 90cm.
Located 31 km from Fresnay-sur-Sarthe
Favourite 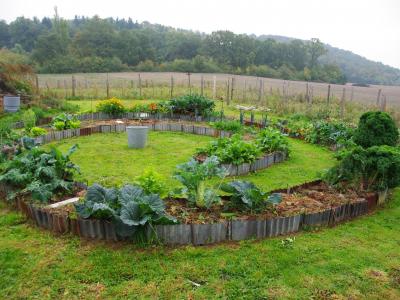 Les Vignes
9.9
5
House with 1 bedroom in Saint-Fulgent-des-Ormes
60 € per double room
In a building, a farmhouse, old farmhouse typical of Perche, (on the border of the Sarthe Saone) and who has kept his "juice", on this eco-place, more than a bed and breakfast, you can discover, vegetable garden permaculture, ponds, phyto-purification,…
Located 34 km from Fresnay-sur-Sarthe
Favourite 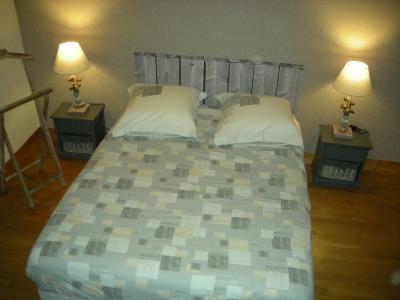 Piocman
9.9
14
House with 1 bedroom in Changé
58 € per double room
In a quiet village 10 minutes from Le Mans and 8 minutes from the circuit. One floor is reserved for you : double room, separate single bed, tea, living area, bathroom, toilet Large breakfast. We speak English and German.
Located 38 km from Fresnay-sur-Sarthe
Favourite
All bed & breakfasts around Fresnay-sur-Sarthe 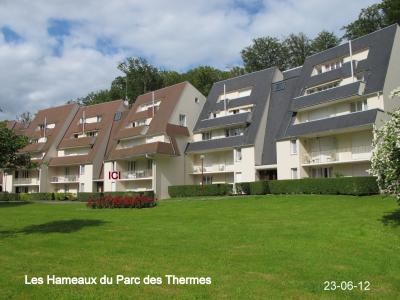 Hameau du Parc des Thermes
Apartment for 4 people in Alençon
55 m², 1 bedroom
250 € to 880 € per week
One-bedroom apartment of 55m², classified 3 stars, located on the 1st floor, facing south in a green park, accessible by lift or on one level through the back of the building. It is close (on foot) to shops, the city center and the spa. The…
Located 17.6 km from Fresnay-sur-Sarthe
Favourite 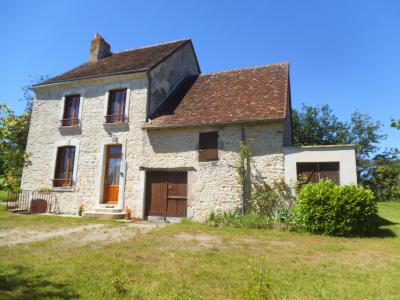 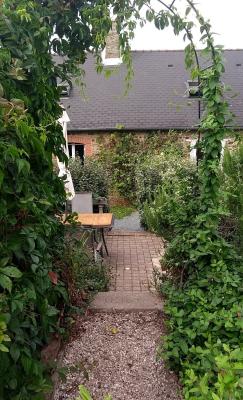 Pretty cottage in the countryside with two bedrooms
House for 4 people in Le Ham
60 m², 2 bedrooms
450 € per week
Butcher's Broom is a beautiful 18th century autonomous fully 2-bedroom cottage with 1 bathroom with shower and bath and a bathroom with toilet and sink, sleeping 4 a short distance from the cities of Lassay Castles, Villaines La Juhel and Javron…
Located 31 km from Fresnay-sur-Sarthe
Favourite
All vacation rentals around Fresnay-sur-Sarthe Camping les tournesols
9.3
9
Campsite in Sillé-le-Guillaume
75 pitches on 2.5ha
19 € to 23 € per day (2 pers / tent / car)
In case of confinement the stays are reimbursed 100%. Charming little family campsite, authentic and friendly, the sunflower campsite offers you an unforgettable holiday in the calm and wide open spaces of the countryside, in a preserved nature,…
Located 15.5 km from Fresnay-sur-Sarthe
Favourite 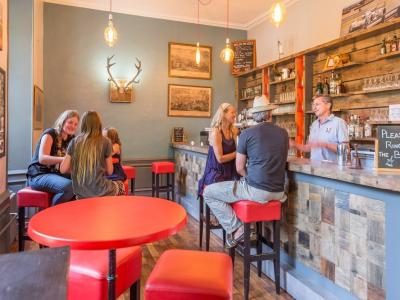 Castel Camping de Chanteloup
Campsite in Sillé-le-Philippe
110 pitches on 22ha
3190 € to 10090 € per day (2 pers / tent / car)
We are proud to be one of the oldest members of Castels, the up-market range of camping grounds in France ! The Château de Chanteloup is a remarkable site with a preserved environment : 21 hectares of lawn, meadows, woods and ponds with nothing…
Located 31 km from Fresnay-sur-Sarthe
Favourite 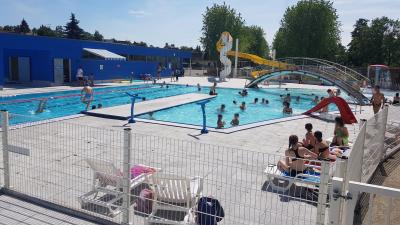 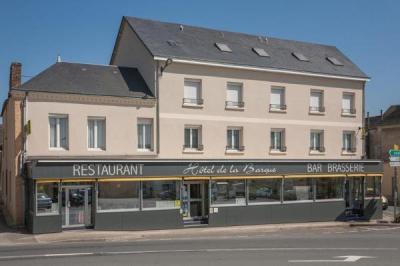 Logis de la Barque
7.7
97
Hotel in Beaumont-sur-Sarthe
Room from 77 €
This hotel is located in the heart of a small medieval town and offers the ideal backdrop to your break in the Pays de la Loire. The Logis de la Barque features 24 comfortable guest rooms ranging from the double room for romantic stays to family…
Located 10.2 km from Fresnay-sur-Sarthe
Favourite Au Petit Vivoin
Hotel in Vivoin
Located in Vivoin, Au Petit Vivoin features a restaurant and a bar. The hotel has family rooms. The units in the hotel are fitted with a flat-screen TV. A continental breakfast is served every morning at the property. Le Mans is 25 km from Au…
Located 10.9 km from Fresnay-sur-Sarthe
Favourite
All hotels around Fresnay-sur-Sarthe