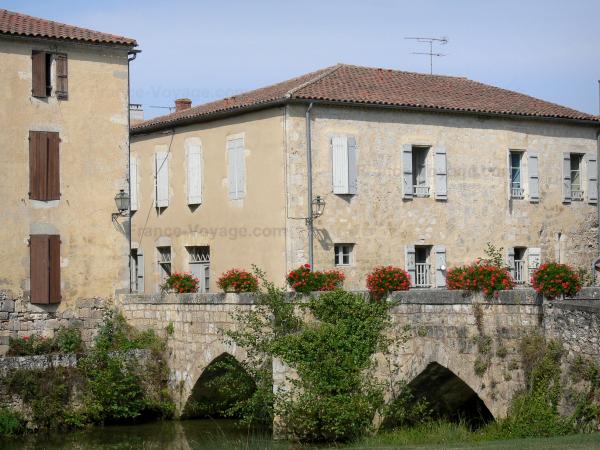 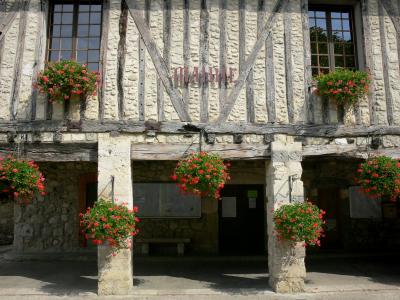 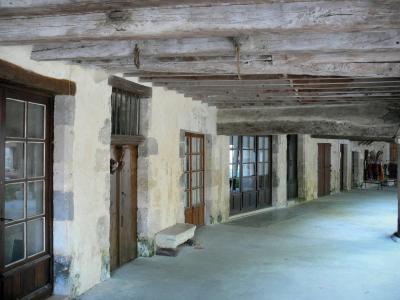 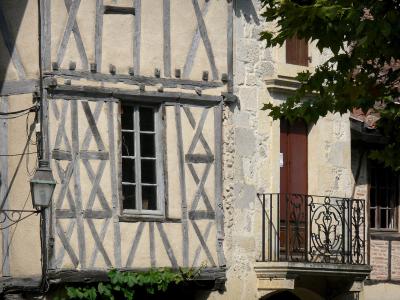 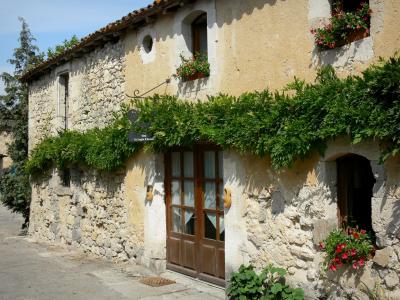 This old castle village, today listed among the most beautiful villages of France, is a charming fortified village in an unusual circular shape. In the shade of the plane trees, its round village square is ideal for a stroll and is surrounded by picturesque old arcade houses. Fourcès also has pretty side streets, a little square called Place des Cornières, a Clocktower, a 15th-century castle and a medieval bridge over the Auzoue.

Each year in the last weekend of April, a large and colourful flower market brightens up the central square in Fourcès.

Fourcès is a village in the Occitania region of Gers, located on the border of Lot-et-Garonne, 55 km northwest of Auch and 13 km from Condom.

In the heart of the ancient province of Gascony, Fourcès is a bastide (new town) founded on the remains of an ancient medieval castle (Xe) destroyed in the 15th century.

The originality of the locality is to have been built according to a circular plan on a summit lodged in a loop of the river, Auzoue.

Having preserved a large part of its rich built heritage (castle, half-timbered houses, arcades), Fourcès is now member of the very selective association of the Most Beautiful Villages of France.

Although it paid a heavy price for rural exodus (about 280 inhabitants today compared to more than a thousand in the 19th century), Fourcès still has many producers (wines and Armagnac liqueur, foie gras, cheeses) Which contribute to its tourist attractiveness. Very lively in summer, the city is certainly worth the detour.

A discovery of the village begins with its astonishing Place des Cornières, of round form, dotted with medieval houses (13th, 14th centuries) with half-timberings and arcades, which once surrounded the original castle.

From this central point the streets go out.

During a walk in this authentic and picturesque setting, we will linger on several remarkable buildings.

This is the case of the Clock Tower (13th century), the former gate of the city, in the form of a belfry decorated with a pyramidal bell tower, which now gives access to the old paths of the round. These have been highlighted and now constitute arboretums.

The 15th century castle and its high facade adorned with mullioned windows, now a hotel, the bridge over the river of the fifteenth century are other points worth seeing.

The church of Sainte-Quitterie, of pre-Romanesque style, in a hamlet far from the heart of the city, also deserves a visit. Inside, there is a Romanesque stone baptismal basin and an altar made of carved wood from the 17th century. As for the church of Saint-Laurent, at the entrance of the bastide itself, of medieval origin, it was reworked in the XIXe century but the chevet and the bell-tower of Gothic style were conserved.

In addition to these few buildings (one could still mention the halls), the charm of the whole historic heart, where medieval houses and houses of the seventeenth and eighteenth centuries cohabit, is in itself a patrimonial jewel in the open sky.

To better appreciate the history and architectural treasures of the village, guided tours are possible by contacting +33 5 62 28 00 80.

Fourciès is also located on the GR 654 which takes the road to Santiago de Compostela from Belgium and Vézelay, and can be the starting point for many hiking or cycling. Maps, brochures and information on +33 5 62 28 00 80.

The last weekend of April, flower market throughout the historic heart of the village.

The last Sunday of June, Painters in the Street day (exhibitions, sales, workshops and animations).

During the famous Marciac jazz festival, one or more concerts are decentralized to Fourcès (from the end of July to the middle of August). The musicians perform on the central square. Free admission.

The last weekend of August, the Rencontres de Sainte-Quitterie program classical concerts and meetings in the church.

In the middle of October, harvest festival (meal, ball, animations).

Note that from May to November, every second Sunday of the month, the village hosts a famous flea market. 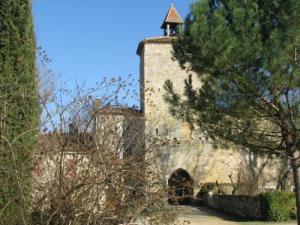 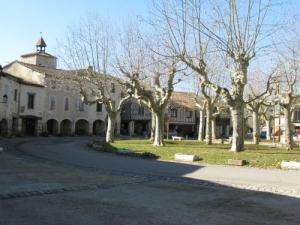 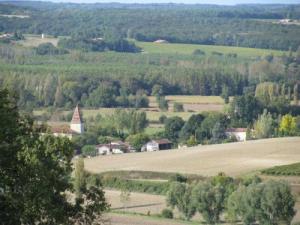 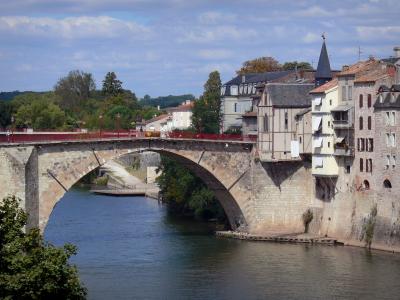 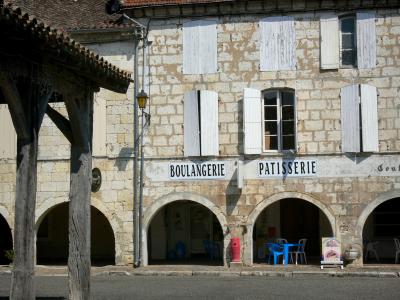 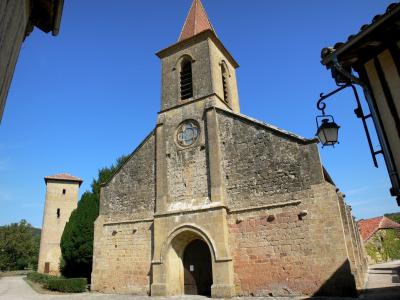 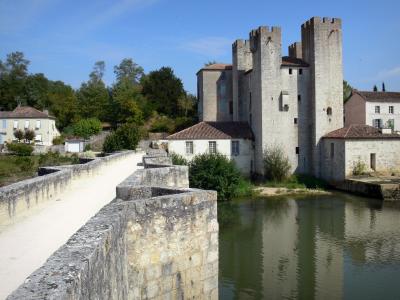 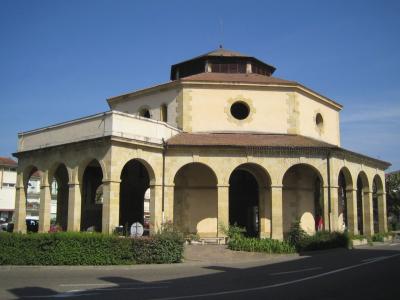 Aire-sur-l'Adour
The crypt of its church holds the tomb of St Quiteria, dating from the 4th century! 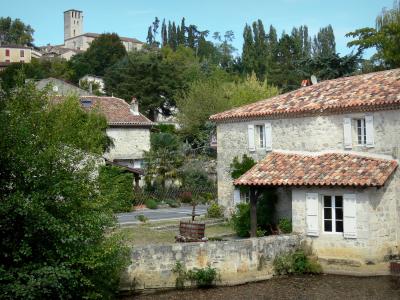 Le d'Artagnan
South-West restaurant in Condom
39 € per person
CRUISE - Board the D'Artagnan, the time for a meal. At the heart of Gascony, in Condom in the Gers department, the restaurant Le D'Artagnan offers traditional cuisine made based on fresh and authentic products that honors the duck and armagnac.…
Located 7.3 mi from Fourcès
Favourite Auberge la Baquère
9.2
89
French cuisine restaurant in Préneron
24 € per person
In the heart of the Gascon countryside, the Auberge l'Baquère invites you to take a break in the delicious peace and quiet of an old barn timber full of charm. At the table, let yourself be carried by renewed traditional cuisine, with local…
Located 18 mi from Fourcès
Favourite 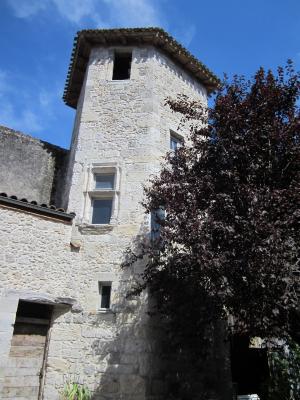 La Tour de Brazalem
9.3
4
House with 5 bedrooms in Nérac
55 € to 70 € per double room
Charming accommodation. In the heart of the Albret country, homeland of King Henri iv, la Tour de Brazalem nestles in the centre of the old, medieval town of Nérac, a stone's throw from the River Baïse and the old port, the Olde Bridge, the…
Located 11.3 mi from Fourcès
Favourite 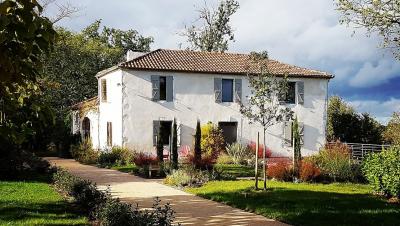 Lassenat eco-guest house in Gascony
10
16
House with 3 bedrooms in Justian
79 € to 89 € per double room
Lassenat is a typical Gascon farmhouse from the 19th century, belonging to the same family for five generations. Ideally located in the heart of Gascony and the vineyards of Armagnac, a few kilometers from Vic-Fezensac, Eauze and Condom, Lassenat…
Located 12.7 mi from Fourcès
Favourite Belliette
Farm with 3 bedrooms in Cazaubon
75 € to 85 € per double room
Belliette is an old Gascon mud and half-timbered farm, isolated at the top of a small hill of Bas Armagnac, where you will find peace, silence and conviviality. Many tourist sites around to visit the Gers and discover the beautiful life in Gascony…
Located 14.3 mi from Fourcès
Favourite
All bed & breakfasts around Fourcès 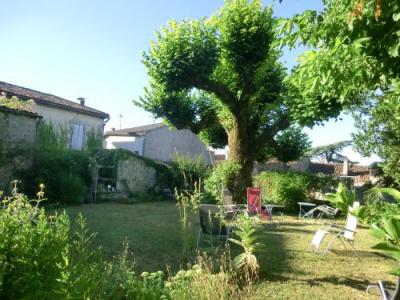 La Maison du Bouchonnier
9.5
7
House for 4 people in Mézin
120 m², 3 bedrooms
695 € to 995 € per week
The Holiday Cottage La maison du Bouchonniers enjoys a quiet yet central to Mézin, the old manor house (19th century) has its own entrance, Salon, 3 bedrooms, a kitchen, a bathroom and wc, terrace and garden. You can spend a very enjoyable holiday,…
Located 4.5 mi from Fourcès
Favourite Gite Sicard
House for 6 people in Sos
120 m², 3 bedrooms
450 € to 600 € per week
Gite Sicard is a pretty 3 bedroom village house with private courtyard on a quiet street overlooking the historic square of Sos. The spacious house provides very comfortable self-catering accommodation for up to 6 people in 3 double bedrooms,…
Located 5.6 mi from Fourcès
Favourite The lodgings of Lartet
9.8
5
House for 6 people in Gondrin
80 m², 2 bedrooms
380 € to 650 € per week
In the heart of Gascony, the lodgings of Lartet offer calm, relaxation and well-being, in the countryside but close to the shops and the leisure center of Gondrin. They consist of 2 adjoining gîtes of 80 m² each and a capacity of 6 people (2…
Located 6.9 mi from Fourcès
Favourite
All vacation rentals around Fourcès Les lacs d'armagnac
9.6
3
Campsite in Bretagne-d'Armagnac
93 pitches on 54ha
1660 € to 2070 € per day (2 pers / tent / car)
In the heart of Armagnac, at the edge of two lakes of 13 and 2 ha, are dotted with chalets and mobile homes for rental or owned by lucky owners can enjoy all year round. You can also vacation time pitch your tent, put your caravan, park your…
Located 7.6 mi from Fourcès
Favourite 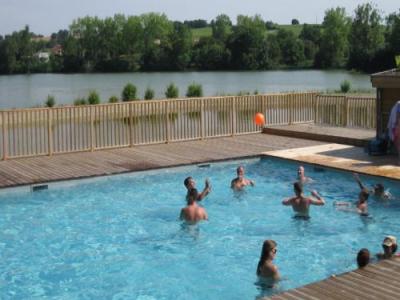 Camping Saint-Louis***
9.0
34
Campsite in Lamontjoie
66 pitches on 20ha
1470 € to 2520 € per day (2 pers / tent / car)
Nora and Francis are pleased to welcome you for a day, a weekend or a holiday camping holiday Lamontjoie St. Louis (47), typical country house country Albret in Gascony. Our campsite, completely renovated, is a paradise for lovers of Mother…
Located 15.4 mi from Fourcès
Favourite
All campsites around Fourcès 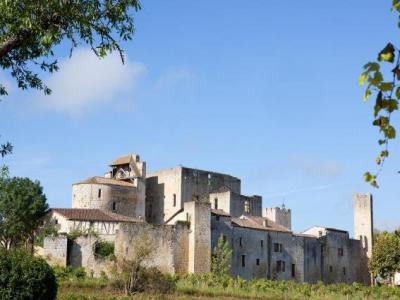 Logis L'Auberge de Larressingle
8.4
129
Hotel in Larressingle
Room from 76 €
This fully-renovated former Gascon farm is set in a unique setting, at the foot of a fortified village dating from the 13th-century. It offers a wellness area with sauna, spa bath,emotional shower. The spacious guest rooms of the Logis L'Auberge…
Located 5.3 mi from Fourcès
Favourite 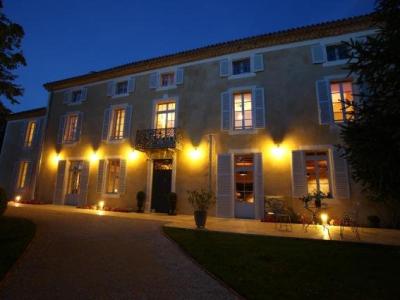 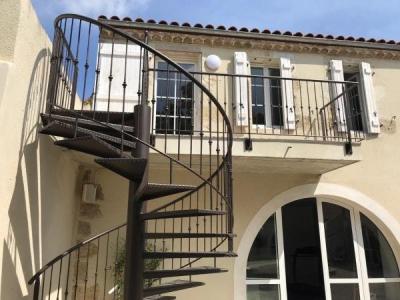 Le Continental
8.1
109
Hotel in Condom
Room from 78 €
A bar, restaurant, garden, terrace, and air-conditioned and soundproofed rooms feature at Le Continental. WiFi is free of charge throughout the entire property and there is also a lift. The rooms at Le Continental feature en suite facilities,…
Located 7.3 mi from Fourcès
Favourite
All hotels around Fourcès

Guide of the Gers
Unmissable places and recommendations in the Gers
Gascony
Guide to the territory - Tourism and staying here
Midi-Pyrénées
Guide to the territory - Tourism and staying here
Guide of Fourcès
Tourism, breaks and holidays around Fourcès
Municipality of Fourcès
Detailed tourist information about the municipality of Fourcès
Beautiful Villages in France
The most beautiful villages: charm and character guaranteed
Outings in the Gers
Ideas for walks and hikes in the Gers
Photos Fourcès
Photos of category "Fourcès" to view and download
Photos of the Gers
Photos of the Gers to view and download
Hotels in the Gers
A wide choice of hotels with reductions of up to 70%.
Vacation rentals in the Gers
Self-catering holiday homes, gîtes and apartments
Bed & breakfasts in the Gers
Rooms from local hosts offering a personal welcome.
Campsites in the Gers
Open-air accommodation.
Restaurants in the Gers
Regional and international cuisine, style of restaurant and menus.
Leisure activities in the Gers
A great selection of activities including sports, well-being, gourmet food and entertainment.
Your holidays
By continuing to browse our site, you are agreeing to the use of cookies to improve your experience and make targeted offers.
Find out more and make settings