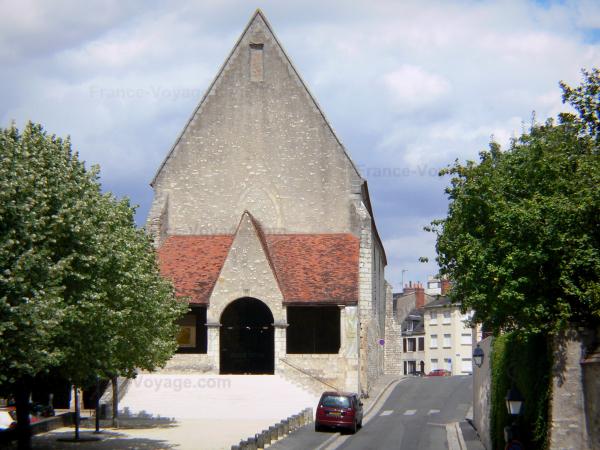 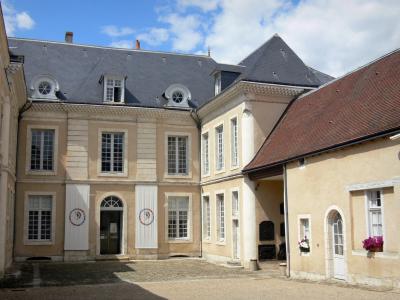 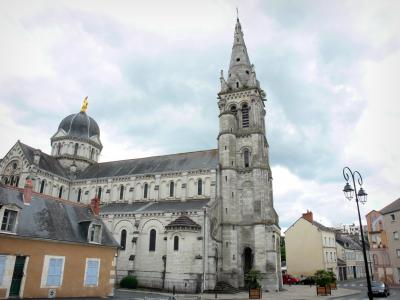 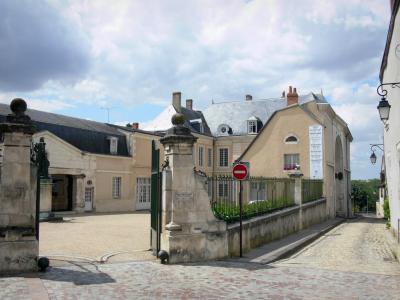 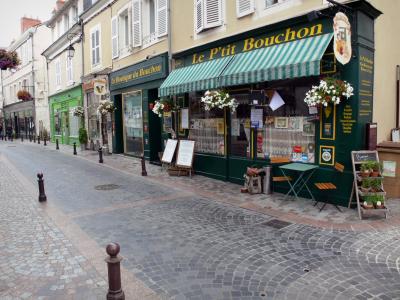 Châteauroux, on the banks of the Indre river, is the préfecture (chief town) of the Indre département and the main town in the Lower Berry region. It boasts a wealth of places of interest including Saint-Martin gate, a vestige of ancient fortifications; pretty medieval streets (Rue de l'Indre, Rue de la Vieille Prison and Rue Grande); a 13th-century former convent, the Couvent des Cordeliers, today home to temporary contemporary art exhibitions; the elegant Château Raoul; and the Neo-Romanesque Notre-Dame church whose dome is topped by a gilt bronze statue of the Virgin.

Also not to be missed in the Musée-Hôtel Bertrand, an 18th-century mansion that once belonged to General Bertrand, Napoleon's comrade-in-arms and is today home to a collection of Napoleonic souvenirs and fine art.

The small town of Déols on the outskirts of Châteauroux is a must-visit place for architecture fans because of its splendid Romanesque bell tower, the remains of an ancient Benedictine abbey.

Every August, the town of Châteauroux hosts the Darc festival, a multicultural event featuring music shows and dance courses.

Located in the Centre region, the city is Châteauroux Prefecture of Indre. It is twinned with Gütersloh (Germany), Olsztyn (Poland) and Bittou (Burkina Faso).

Its history is intimately linked with that of Deols. Around 937, the lord of the nearby city built a fortress on the left bank of the Indre. It is the Chateau Raoul. A city of artisans and merchants will develop on its premises and will soon name Châteauroux by contraction.

With its strategic location at the edge of Aquitaine, Chateau Raoul and the Kings of France and England are going to dispute the possession until the 13th century. It was the Revolution that Châteauroux will become the chief of the department.

In the early 19th century, the city became industrialized (tobacco, textiles ...) and the railway arrived in 1847.

The plant installed in 1936 Aviation Deols then the implementation of a major U.S. base between 1951 and 1967 will invigorate the city and contribute to its development.

The 18th century is superbly represented by the Hotel Bertrand, a private mansion that belonged to General Henri-Gatien Bertrand, the faithful companion in arms of Napoleon, whom he followed to St. Helena. The Maison du Berry, a museum of popular arts and traditions, presents elements of traditional Berry art.

The churches Saint-André and Notre-Dame, the guitardes of the city center testify among others to the architecture of the nineteenth century.

The Musee-Hotel Bertrand (works from the Gallo-Roman period, Napoleonic souvenirs, Flemish and Dutch paintings from the 15th to the 18th century...) as well as the Couvent des Cordeliers (former Franciscan convent of the 13th century, It now houses temporary exhibitions of contemporary art).

After obtaining the label 4 flowers, Châteauroux is part of the Association of Parks and Gardens. The town is crossed by the river Indre, itself bordered by green areas forming a green flow. The Public Garden is the flagship of the municipal gardens offering different atmospheres and creative landscapes. The Daniel Bernardet leisure park (Belle-Isle) with its lake is sporting (fishing, swimming, water sports on the lake, playgrounds, walks and relaxation in the green spaces).

Exhibition: Châteauroux Photos of Yesterday
Exhibition: History of the Commune of Paris 1871
Conference: the Paris Commune 1871, a Government of the People by the People 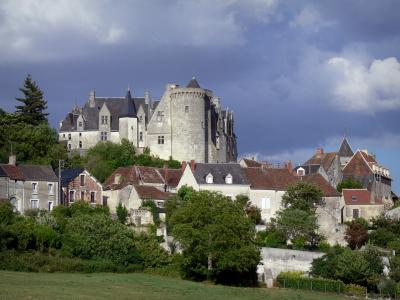 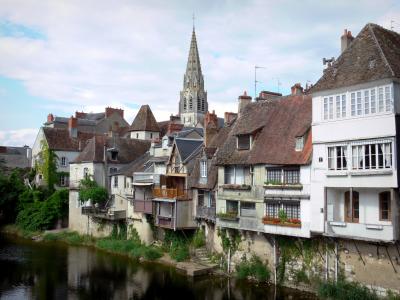 Argenton-sur-Creuse
The Venice of Berry 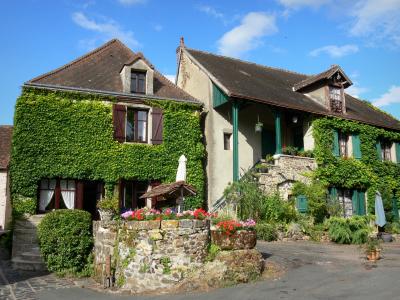 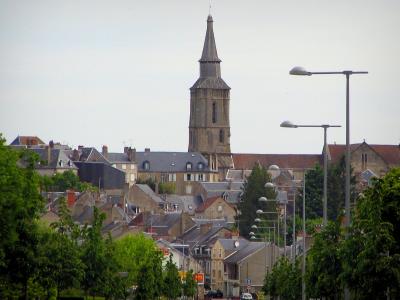 La Souterraine
This medieval town is home to a wonderful heritage 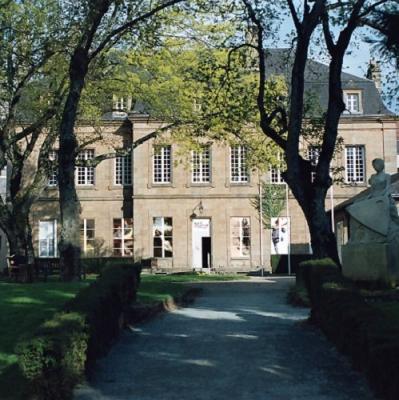 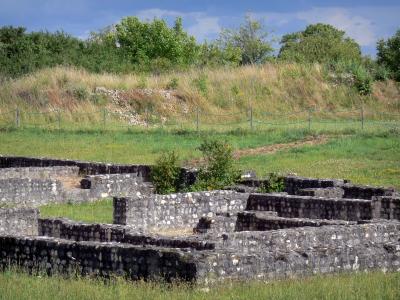 Relais Saint-Jacques
9.0
172
French cuisine restaurant in Déols
75 € per person
Philippe Labrosse surrounded by a team of professionals welcomes you all convivialié in the hotel restaurant the Relais Saint-Jacques opposite the airport of Châteauroux-Déols. The classic decor and elegant will delight gourmets traditional…
Located 3.8 km from Châteauroux
Favourite 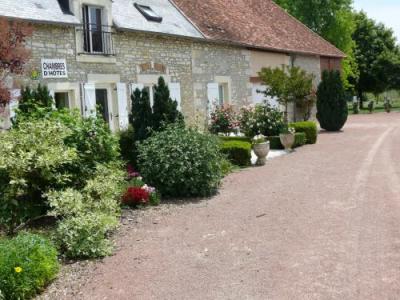 Domaine de villecourte
9.7
3
Farm with 2 bedrooms in Coings
65 € to 75 € per double room
In the middle of France, an area of nature, trees, green with pond and creek, a guest room and cottage areas. Will give you a nice relaxing, quiet for a night or stay. Internet access. Heating air staff. These accommodations have charm, comfort…
Located 9.9 km from Châteauroux
Favourite 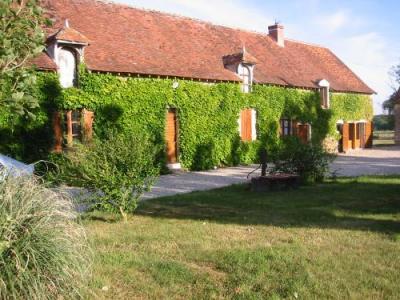 Domaine du Haut Verneuil
9.1
30
Farm with 3 bedrooms in Le Pêchereau
44 € to 55 € per double room
Countries in the Val de Creuse jalloné tourist itineraries, in a green and hilly, in an old farm 3 km from the town, three guest rooms and a cottage.
Located 26 km from Châteauroux
Favourite 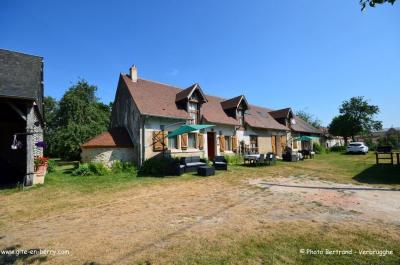 Gite in Berry
9.5
3
House with 4 bedrooms in Moulins-sur-Céphons
55 € to 65 € per double room
Welcome on the website of Gîte en Berry - You are passing through the Berry, you want to change air, or just want to get to know our region ? I welcome you to my bed and breakfast. You will find a calm and relaxing environment in a Berry countryside…
Located 27 km from Châteauroux
Favourite
All bed & breakfasts around Châteauroux 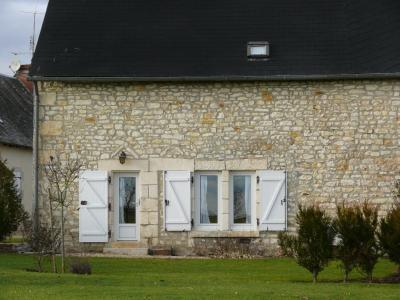 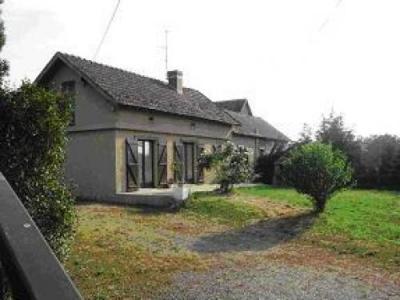 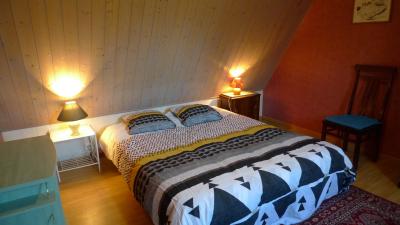 Myosotis
9.6
9
House for 6 people in Celon
90 m², 3 bedrooms
475 € to 560 € per week
Located in the center of France, midway between Lille and Perpignan or between Brittany and the Alps. Ideal to meet up with family or friends who are far from each other without going 1000 km ! The weather for a WE or for a holiday. We are…
Located 34 km from Châteauroux
Favourite
All vacation rentals around Châteauroux 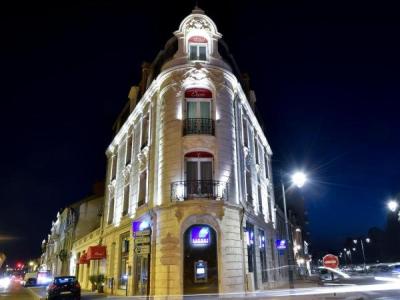 Élysée Hôtel
8.0
212
Hotel in Châteauroux
Room from 88 €
Set in a charming building right in the city centre of Châteauroux, Elysée Hotel boasts a hot tub, sauna and free WiFi access throughout the property. All of the rooms offer a flat-screen TV, telephone and minibar. It enjoys an ideal location…
Located Châteauroux away
Favourite 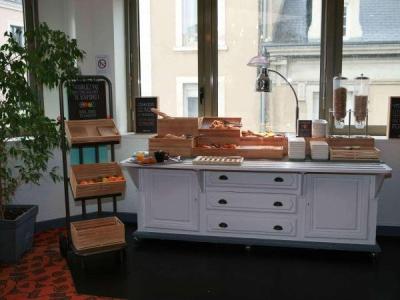 ibis Chateauroux
7.8
394
Hotel in Châteauroux
Situated in the centre of Chateauroux, just 5 minutes from the Train Station, this ibis hotel features air-conditioned guest rooms, a snack bar and meeting facilities. The modern and spacious rooms at ibis Chateauroux are provided with free…
Located Châteauroux away
Favourite