The Cathedral of Notre-Dame de Paris 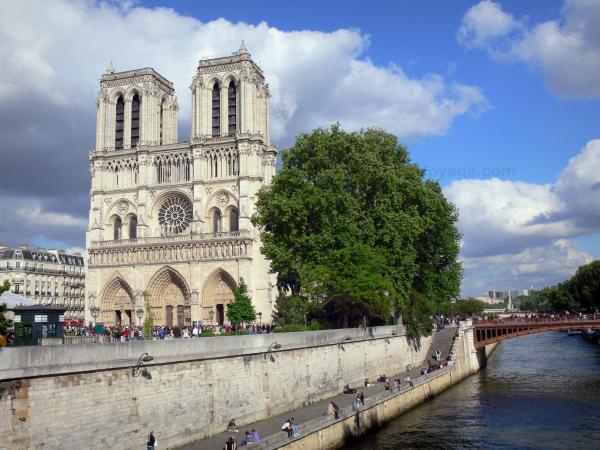 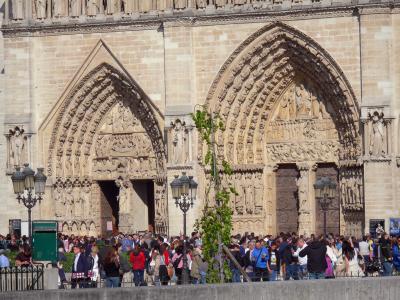 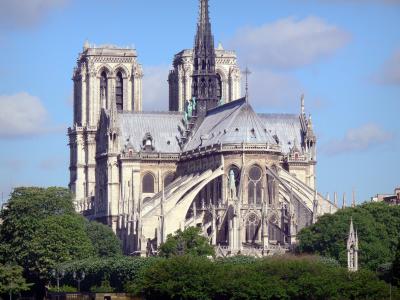 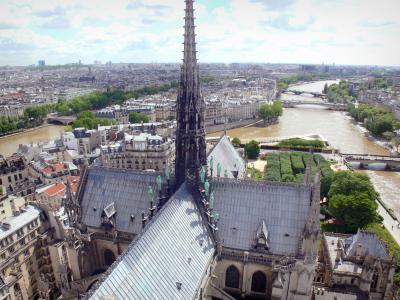 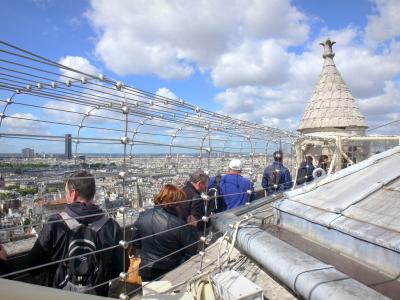 Who hasn't heard of the now very famous Cathedral of Notre-Dame de Paris? Immortalised by Victor Hugo in one of his most famous novels, this medieval edifice combining primitive Gothic and radiant Gothic styles impresses visitors with its majestic architecture and the wealth of artworks inside, such as the magnificent rose windows in the transept that are among the biggest in Europe, measuring 13 metres in diameter! Located on the Island of the City, Paris' historic city centre in the 4th arrondissement, not far from the Cité Metro station, the cathedral is currently the most visited monument in the capital, ahead of the Eiffel tower, with around 13 million visitors per year.

Built between the 12th and 14th century, the Cathedral of Notre-Dame suffered frequent pillaging and destruction during the French Revolution, before being restored in the 19th century under the guidance of the famous architect Eugène Viollet-le-Duc. The building celebrated its 850th anniversary in 2013 with the installation of nine new bells, and is thus looking its best for the tourists who now come from all over the world.

The outside, firstly, is a marvellous example of religious Gothic art. A true masterpiece, the west façade boasts three majestic carved portals, including one depicting the Last Judgment, while the south side of the building reveals its magnificent portal dedicated to St Stephen, and the north side its splendid Cloister portal. Inside, the beauty of the stained glass windows is stunning, as are the choir enclosure adorned with bas-reliefs, and the precious treasury of Notre-Dame, which today contains the relics of the Passion of Christ that were once kept in the Holy Chapel.

In the archaeological crypt of Notre-Dame's forecourt, visitors who are interested can take a look at Gallo-Roman, medieval and 18th and 19th-century relics. It's also possible to visit the cathedral towers, if you can handle the steep ascent up the spiral staircase. It's well worth the effort, for once you're at the top, you can enjoy one of the most beautiful views the city of Paris has to offer, as well as the impressive chimera gallery and the south tower's belfry!

Fascinating fact: point zero for the roads of France, which is the reference point for calculating distances between Paris and the other cities in France, is located on Notre-Dame's forecourt, fifty or so metres from the cathedral.

On the Island of the City Paris to visit not only the Notre Dame but the towers of the Notre Dame Cathedral, gothic masterpiece World Heritage of UNESCO, made ​​legendary by the novel Victor Hugo published in 1831. Discover panoramic views of the historic heart of the capital! 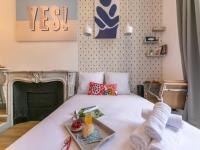 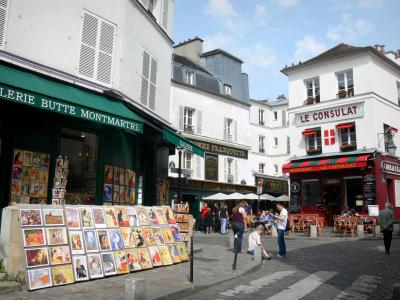 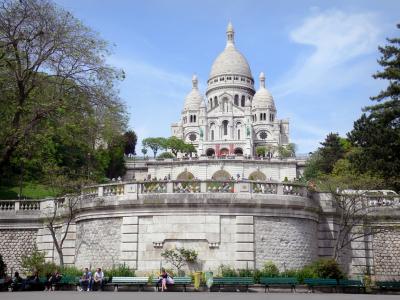 The Basilica of the Sacred Heart in Montmartre
An unmissable sight on Montmartre hill! 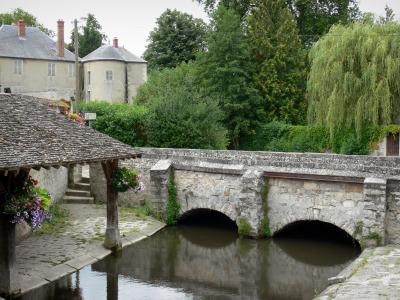