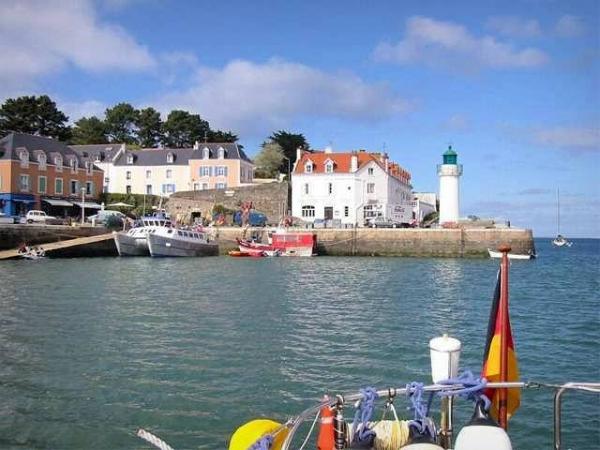 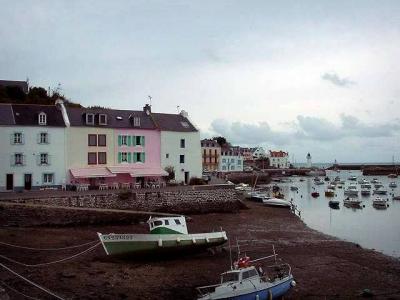 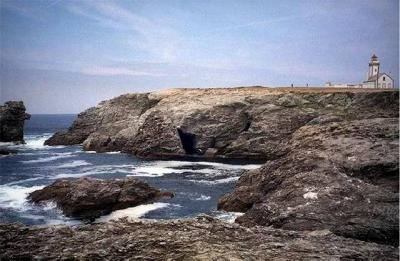 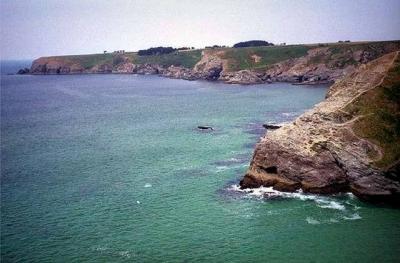 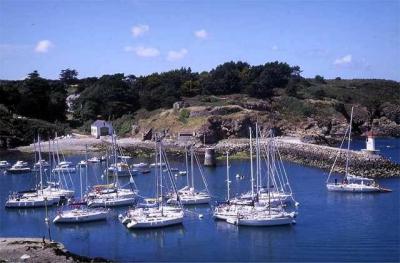 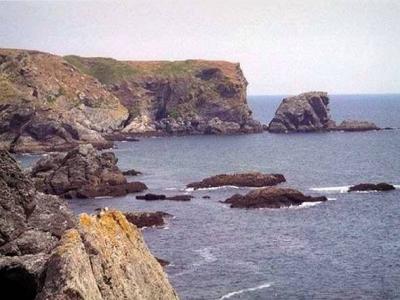 Vacation rentals in the Morbihan
Find a great selection of ideas for your holidays! Get inspired and compare offers.
View offers

The biggest of the Ponant Islands is located 15 kilometres south of Quiberon. 17 kilometres long and 9 wide, the island is dotted with little harbours and pretty beaches (for a family trip, opt for Bordardoué or Les Grands Sables), sheltered coves and cliffs, surrounded by a wide variety of landscapes where plant life is everywhere.

In Belle-Île, there are many spots offering views worthy of the greatest photographers, from the big lighthouse to the rocks of the Apothicairerie Cave, through the Port-Coton Needles.

You can access it by sea via Quiberon, and in season from Vannes, Port Navalo, Le Croisic and La Turballe, with or without your car: on site, you can hire cars, motorbikes, scooters and bikes.

You are sure to fall in love immediately upon arriving at the port of Le Palais: the colourful houses by the harbour, the peaceful atmosphere, the old town, the view from the Vauban citadel and the fortified enclosure all set the tone. Then head to Sauzon, another charming port, which was a sardine-fishing centre in the 19th century.

The landscape becomes wilder towards Bangor, with its spectacular rocks. Locmaria, the island's highest point, is where you will find the tallest cliffs and some large beaches that are ideal for water sports. Surfing-lovers, head to Donnant beach; sailing fans, make for Les Grands Sables! Bear in mind: for swimming, the south side is recommended because the water is warmer there.

Cultural events are legion in Belle-Île-en-Mer. Two major events are the Bangor chamber music festival in July, and the lyrical art festival in the first two weeks of August.

Vacation rentals in the Morbihan
Find a great selection of ideas for your holidays! Get inspired and compare offers.
View offers

Visit Belle Island, is being seduced by its light, its wild coast, its valleys and traditional villages. Among the most beautiful views, it should be noted: Port-Coton Needles, the great lighthouse Goulphar, rocks of the grotto of the Apothecary.

Belle-Ile-en-Mer also offers great opportunities for cycling and hiking. On your journey you will find, besides fauna and wild flora and preserved a multitude of remarkable places.

Enjoy your stay to furrow the many hiking trails of Belle-Ile-en-Mer. The coastal trail GR340 runs the entire coast and offers exceptional views of the ocean. A kind activity that will appeal to both hikers and lovers of beautiful scenery. Good discovery !

Belle Île is home to a great diversity of landscapes. wild coast, moors, jagged cliffs, sheltered coves, vast sandy beaches, woods... follow one another to the greatest happiness of the walkers. Take a tour of the "Marie Galante" Brittany and discover the forefront of Foals, Sauzon, The Palace, Goulphar port, harbor Cotton...

Good to know: The coastal path is reserved exclusively for pedestrians. The House of Nature is a recommended stop before you begin your exploration of Belle-Ile-en-Mer.

Sarah Bernhardt and Belle-Île-Mer, a love story: While staying at Belle Île, discover the life and work of one Victor Hugo nicknamed "the Golden Voice." The famous actress of the nineteenth century, fell in love with Belle Île, spent 24 summers on tip Foals in a refurbished former military fort to his liking. Known as one of the greatest French actresses of the nineteenth century, Sarah Bernhardt was the first actress to have achieved grandiose tours on five continents... Described as "sacred monster" by his peers, it displays a brilliant film career as at the Theatre. 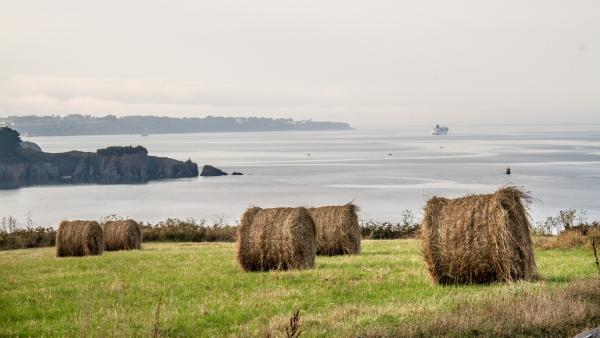 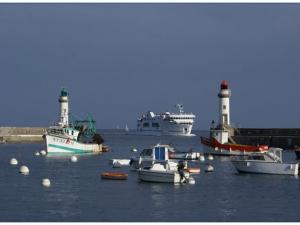 Arrival of the boat in Le Palais
See photo 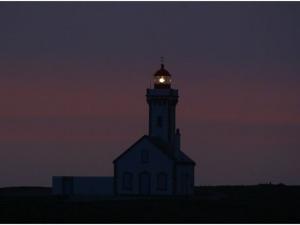 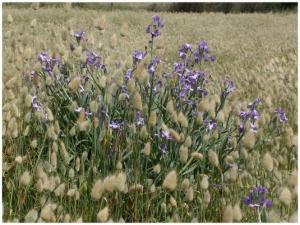 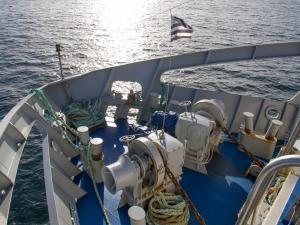 boat that connects the island to the mainland
See photo 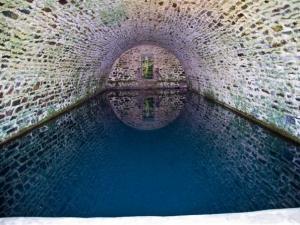 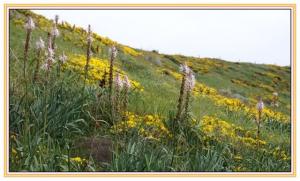 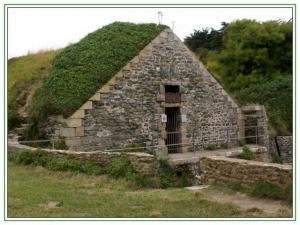 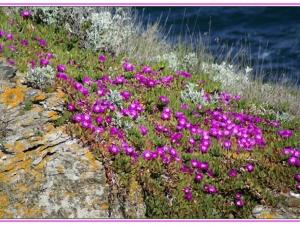 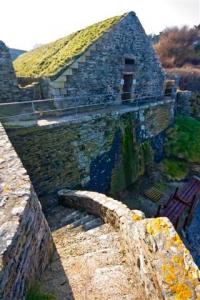 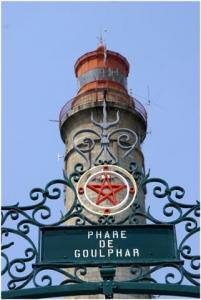 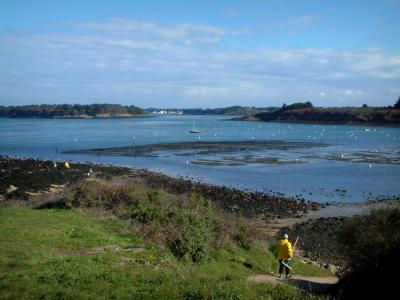 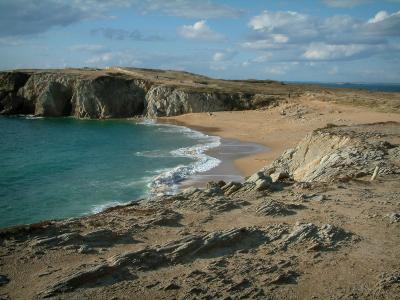 The Quiberon Peninsula
Between a wild coast and beautiful sandy beaches! 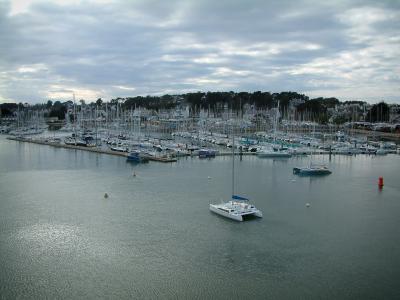 La Trinité-sur-Mer
A seaside resort renowned for its marina 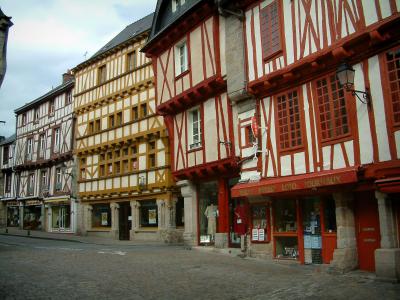 Vannes
The old town of the Dukes of Brittany, at the gateway to the Gulf of Morbihan 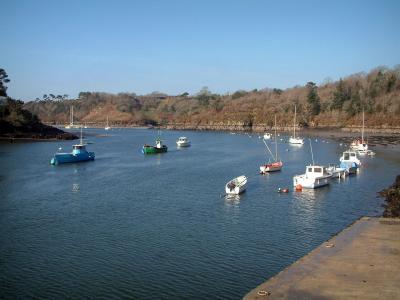 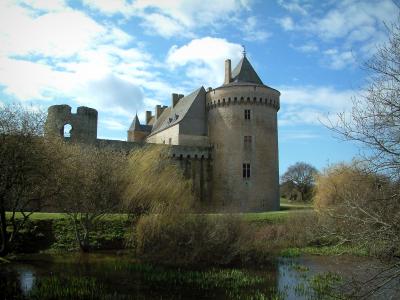