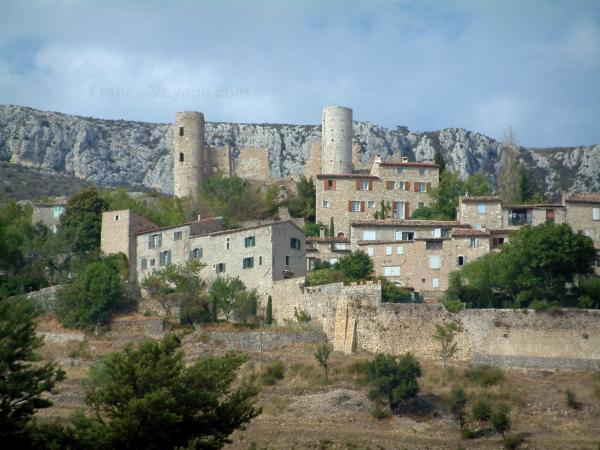 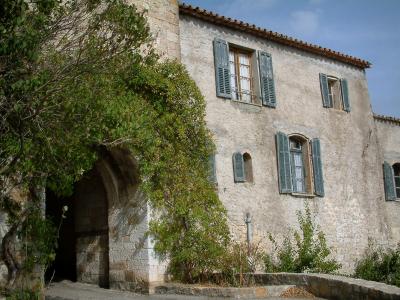 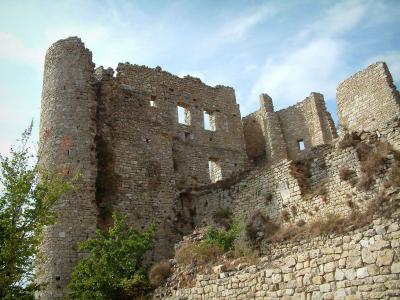 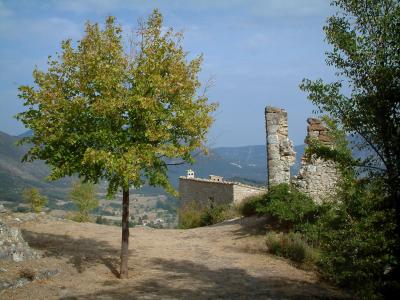 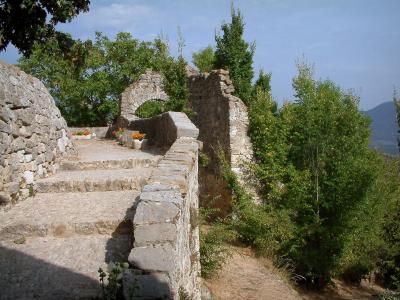 Roof of the Var, Bargème is the highest village of the département. Situated at an altitude of 1097 metres, this delightful village dominates magnificent landscapes. Authentic and unspoiled, Bargème is bathed in a peaceful atmosphere. Once through Garde gateway, visitors can wander around the village's narrow streets and admire the Romanesque church and the ruins of the feudal castle.

Town Var, Bargème is the highest village of the department, at 1,097 meters above sea level. It is located forty kilometers from Draguignan and offers stunning views of the surrounding valley.

Medieval village, dates from the twelfth century Bargème and allows still admire many traces of its glorious past. Old stones and radiant kind await you Bargème. Its rich medieval heritage made the village a must in the region. It is actually ranked among the most beautiful villages in France because of its aesthetic and historical interest.

Full of charm and tranquility of the village Bargème appeal to lovers of history and ancient monuments.

Bargème, despite its small size, does not lack interest with a historical and architectural heritage that appeals to all visitors.

Formerly owned by the house of Pontevès, the village of Bargème has kept a castle, now in ruins, which still dominates the rest of the city. The castle Sabran-de-Pontevès can still be traveled during some walks whose circuits allow to appreciate the surrounding nature Bargème.

Romanesque, the church of Saint-Nicolas seduces lovers of beautiful architecture, including paintings and other altarpieces it houses. That of San Sebastian, carved on wood in the early sixteenth century, particularly attracts attention with its panels in half-relief.

A former expiatory chapel founded in 1607, the Notre-Dame-des-Sept-Douleurs chapel was built following the Wars of Religion after the massacre of the lord of the place by the inhabitants of the village. It was ordered by the Parliament of Provence. You can also admire the beautiful chapel Saint-Laurent, located not far from the old mill Bargème.

Formerly surrounded by ramparts, the village of Bargème has kept some vestiges of this great stone edifice. It was previously accessible by two fortified gates which can still be seen some traces.

Petit, the village of Bargème however offers some beautiful events that are not without interest.

Each beginning of June, the village of Bargème organizes the festival of transhumance. On this occasion, offer entertainment and visitors can experience the passage of beasts that go to pasture.

In August, up to the baroque music festival Bargème. Various concerts are offered in the village to enjoy this unique musical style. 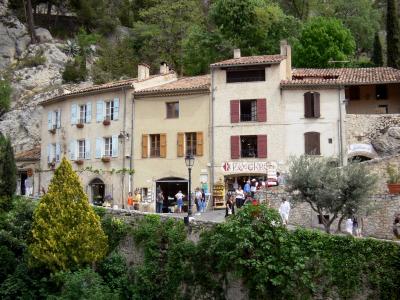 Moustiers-Sainte-Marie
A beautiful village famous for its faience earthenware 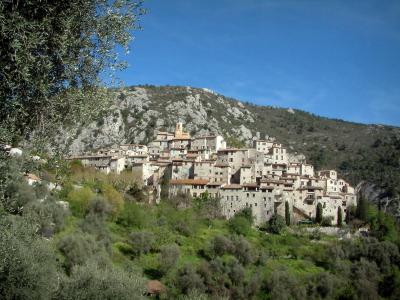 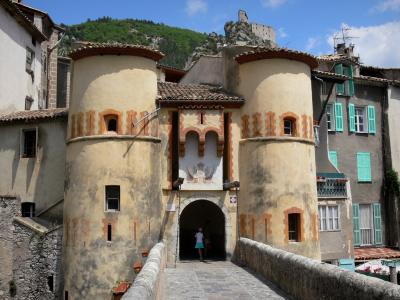 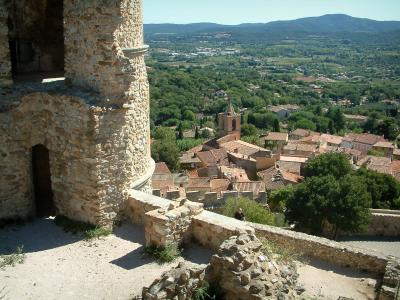 Grimaud
A medieval village dominated by the ruins of its castle 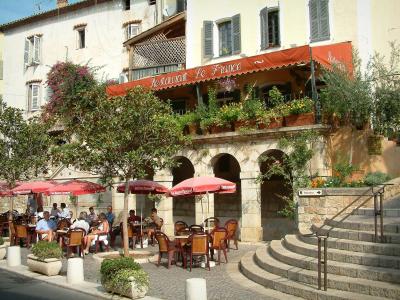 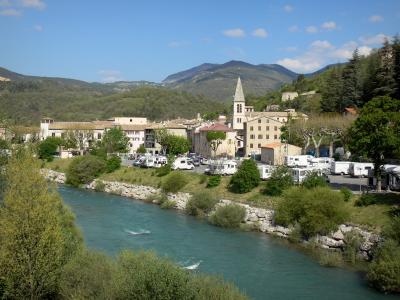 La Gloire de Mon Père
8.9
213
French cuisine restaurant in Seillans
45 € per person
At the heart of the pretty village of Seillans, come and relax at The Glory of My Father. Once arrived heyday, sit under the plane trees on the beautiful square dominated by a fountain, and enjoy this serene setting. This beautiful restaurant…
Located 7.4 mi from Bargème
Favourite
All restaurants around Bargème 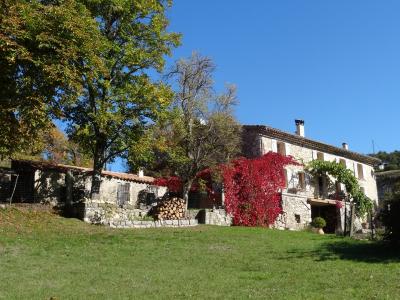 The Pradon
9.6
12
House with 4 bedrooms in Comps-sur-Artuby
69 € per double room
In an authentic 19th century country house renovated with care, Corinne and Michel invite you to the heart of the hamlet Jabron ease. You will find The comfort of 4 bedrooms and you can enjoy a peaceful and relaxing stay in a green setting in…
Located 3.8 mi from Bargème
Favourite 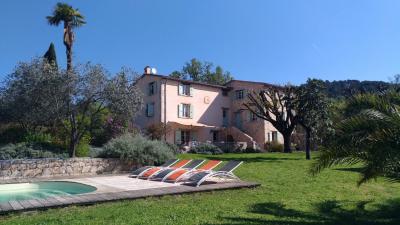 Chambres d'hôtes L'Escale Provençale
9.7
12
Southern French farmhouse with 3 bedrooms in Fayence
89 € to 109 € per double room
Guest rooms in the Var to Tourrettes de Fayence not far from Cannes, Grasse, Saint Raphaël and Nice. Our Bed and breakfast in French Riviera is located at 1 hour of Monaco and Saint Tropez. Rooms are spacious, air conditioned, with tv, pool…
Located 10.1 mi from Bargème
Favourite
All bed & breakfasts around Bargème 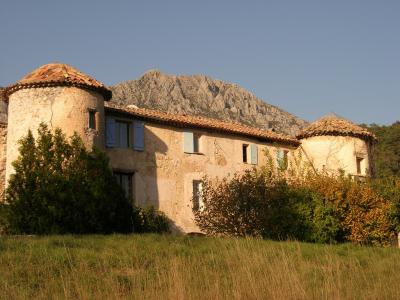 Gite in a castle in the countryside
9.4
12
Apartment for 4 people in Trigance
60 m², 2 bedrooms
370 € to 470 € per week
At the heart of the Verdon Natural Park, we welcome you in an authentic Provencal castle isolated in nature. The cottage, open from mid-June to mid-September, has been renovated with traditional materials in respect of the character of the building…
Located 7.1 mi from Bargème
Favourite 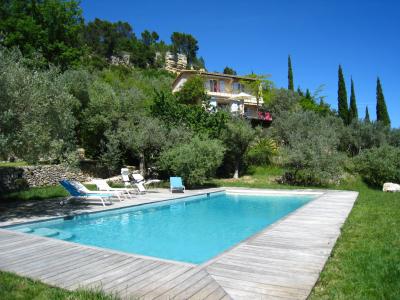 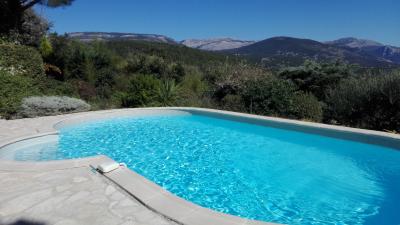 Villa Eucalyptus
9.5
12
Villa for 6 people in Mons
-105 m², 3 bedrooms
800 € to 1590 € per week
Villa Eucalyptus is a charming Provençal house on wooded land of 3000m² with a beautiful panoramic terrace and private pool, in a very quiet environment ; located in a residential area between the villages of Fayence and Mons. Classified in…
Located 7.8 mi from Bargème
Favourite
All vacation rentals around Bargème Camping Indigo Verdon Gorge
Campsite in Castellane
235 pitches on 7ha
15 € to 28 € per day (2 pers / tent / car)
Camping Gorges du Verdon welcomes you in a unique, completely renovated and boasts a private beach access. Stay on large campsites at the edge of the canyon of the Verdon Gorges or opt for a Wood & Canvas tent fully equipped, a cottage, a bungalow…
Located 8.6 mi from Bargème
Favourite 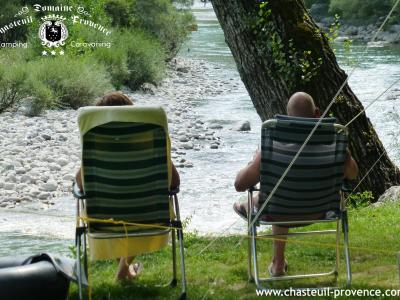 Chasteuil-Provence
SPECIAL OFFER
9.2
28
Campsite in Castellane
210 pitches on 7ha
1450 € to 3180 € per day (2 pers / tent / car)
Families with children, nature lovers, you dream of friendly holidays in an authentic natural and preserved ? You are in the right place. It is on a 200 hectare property along the river, 660 meters above sea level, the family welcomes you since…
Located 10 mi from Bargème
Favourite 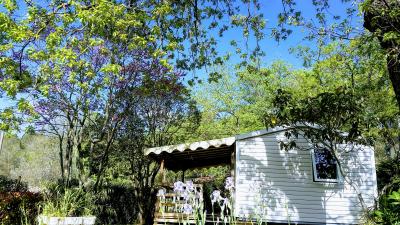 Camping Les Blimouses
Campsite in Callas
176 pitches on 6ha
14 € to 28 € per day (2 pers / tent / car)
Welcome to Callas, perched village in Dracenie, surrounded by Olive Lands and Vines. Located between Fayence and Draguignan, camping awaits you for your family holidays under the sun of Provence. The campsite is located on a landscaped estate…
Located 10.9 mi from Bargème
Favourite
All campsites around Bargème 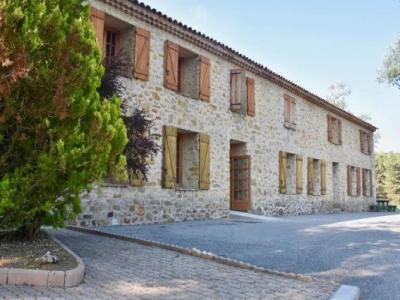 Guide of the Var
Unmissable places and recommendations in the Var
French Riviera
Guide to the territory - Tourism and staying here
Provence
Guide to the territory - Tourism and staying here
Guide of Bargème
Tourism, breaks and holidays around Bargème
Municipality of Bargème
Detailed tourist information about the municipality of Bargème
Beautiful Villages in France
The most beautiful villages: charm and character guaranteed
Outings in the Var
Ideas for walks and hikes in the Var
Photos Bargème
Photos of category "Bargème" to view and download
Photos of the Var
Photos of the Var to view and download
Hotels in the Var
A wide choice of hotels with reductions of up to 70%.
Vacation rentals in the Var
Self-catering holiday homes, gîtes and apartments
Bed & breakfasts in the Var
Rooms from local hosts offering a personal welcome.
Campsites in the Var
Open-air accommodation.
Restaurants in the Var
Regional and international cuisine, style of restaurant and menus.
Leisure activities in the Var
A great selection of activities including sports, well-being, gourmet food and entertainment.
Your holidays
By continuing to browse our site, you are agreeing to the use of cookies to improve your experience and make targeted offers.
Find out more and make settings