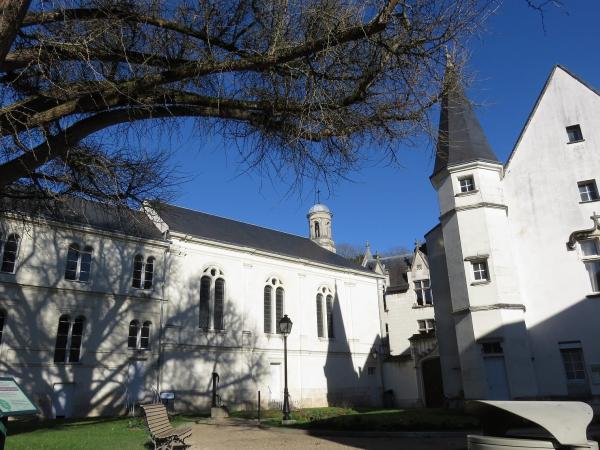 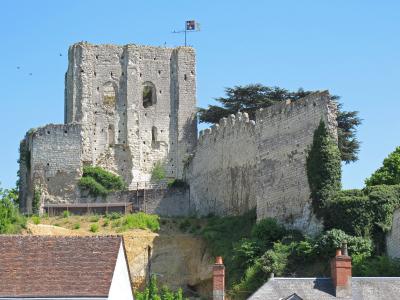 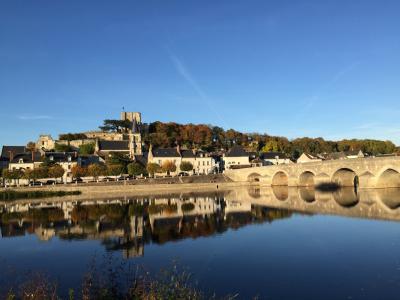 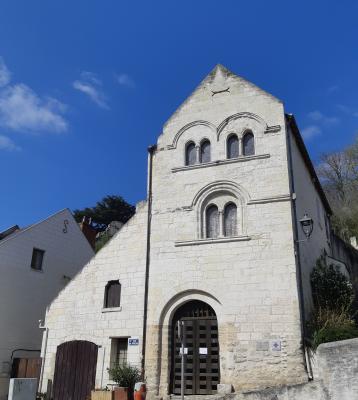 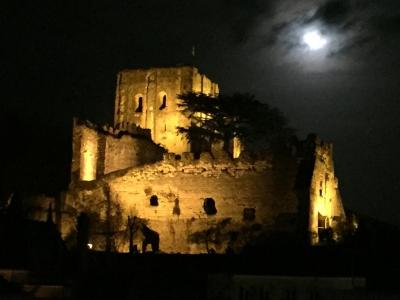 The heart of the city of Montrichard Val de Cher is rich of several medieval monuments. It is dominated by the remains of a unique twelfth century fortress in the Cher Valley. Through a maze of cobbled streets, discover the history of this beautiful town, and its buildings that have survived through the ages without losing their beauty.

Do not hesitate to ask the guides of the Friends of Old Montrichard, who will tell you the history of each building you will come across. These enthusiasts can also make you visit dungeon dungeons, which are accessible only through this. Information on +33 6 48 57 94 86.

When you stand back at the entrance of the Town Hall, continue straight on the Rue Nationale. At the end of 150 meters, you will arrive on the place Barthélémy-Gilbert and in front of the Office of Tourism where begins the walk.

The walk begins in front of the Tourist Office, beautiful half-timbered house formerly called "House of the Ave Maria" (21). You will then arrive in front of the "House of Preach" (20), former building that now houses the association of "Friends of Old Montrichard" who offers to guide you throughout the course.

Continuing the route, you will reach the remains of the "Porte Chanvre" (19) not far from a dovecote. Close to these, you will find in front of the quay, the location of the "Old ramparts" (18), ancient walls dating from the thirteenth century.

You will then quickly find yourself in front of the "Bridge" (15) vaulted Montrichard Val de Cher, loaded with history, dating from the fifteenth century. At the end of it, you will see the "House of the Passeur" (29) which owes its name to the fact that it perceived the rights of passage above and below the Bridge. You will then go through the "Passage du Salum" (24) to go to the place Barthélémy-Gilbert from where you can admire again the "House of the Ave Maria" (21) but also other "Houses of the 15th century "(22), also half-timbered, which border the square.

You will then take the rue de Sully where is located the "Hotel de Semblancay" (25), building that hosted various lords of the City. A few steps away you will find the "Chapelle Saint-Cellerin" (26) and the "Fontaine Saint-Cellerin" (5).

You will then go to Place Verdun to contemplate the remains of an old "Synagogue" (4), now restored as a bar-restaurant. You will also stand on the forecourt of "City Hall" (1), newly paved and remade like all the streets of the heart of Montrichard Val de Cher. This square was formerly the place of the Pilori.

At the detours of some streets, you will then arrive in front of the old "Grenier à Sel" (14), then quickly in front of the beautiful "Tour du Four Banal" (11), oven belonging to the lord in which the bread was baked.

You can then admire "The Chancery" (10), beautiful house lined with ramparts. Only with the Friends of Old Montrichard as a guide, you will have the opportunity to enter the garden of this private home and climb on the walls for the most experienced of you.

Continuing this route, you will arrive at the former "Convent of Ursulines" (9) which was also the former Hotel de Bretagne. You will then pass the fairground that was once bombed and in front of the "Jeu de Paume" (8). Soon you will arrive at the street "Porte au Roi" (7) to enter the beautiful garden of "Hotel Effiat" (6) open to the public, allowing you to rest in a quiet place before undertake the last part of this walk.

A few steps after leaving the Hôtel d'Effiat, you will find yourself in front of the steps that will allow you to go up to "Saint Croix Church" (27) which was once the seigniorial chapel. Built in the 11th century, it was here that Louis XI married his two daughters, Anne de Beaujeu and Jeanne de France. Heavily damaged by the collapse of royal homes in the 18th century, it became a parish church after its reconstruction. The bell tower and the porch were modified in the 19th century.

If you make the guided tour, you will have the opportunity to go to the old "Dungeons" (30) of the Keep to contemplate the old jail old graffiti.

To finish this walk to Montrichard Val de Cher, we suggest you go up to his old "Donjon" (28) to allow you to be at the ready of this building of legend. Built in the early 11th century by the famous Count of Anjou Foulques Nerra, it served as a point of support during the battle against the Count of Blois. Hugues I of Amboise seized the fortress in 1109 and did several works of enlargement there. But the Anjou becoming English possession, and Montrichard possession of the lords of Anjou, the King of France Philip Augustus besieged the city in 1188 and partially destroyed the castle. The Harcourt owned them by marriage at the end of the Middle Ages. The castle was attacked again, this time by the English, during the famous ride of the Black Prince. The guided tour will also allow you to visit the interior of the fortress by having a very complete account of the history of the Keep.

You can then go down from the Keep and you will not be far from the start of the ride to allow you to quickly find your way and enjoy the heart of town Montrichard Val de Cher and its many local shops. 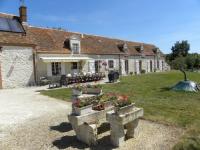 Bed & breakfasts in the Loir-et-Cher
Quality establishments for a successful holiday. Places not to be missed!
View selection