Vendays-Montalivet is a coastal town of Gironde, in region New Aquitaine. Located in the tip of the Medoc, bordered by the ocean to the west and the mouth of the Gironde to the east, the town is 80 km from Bordeaux and enjoys a privileged environment on the Silver Coast , With 12 km of beaches on the Atlantic, on the edge of the forest.

With a population of nearly 2,500 "permanent" inhabitants (but more than 30,000 in summer!), The small town includes a village, inland, and a seaside resort on the coast, Montalivet-les-Bains.

Vendays Montalivet, first surrounded by swamps which were drained, became, after the Hundred Years War, a fief of the seigniory of Lesparre. Its development takes shape during the second half of the 19th century with the vogue of the sea baths that facilitates the arrival of the train.

However, economic activity also remains based on the exploitation of the Landes forest.

The seaside resort developed even more after the Second World War when a helio-marine center was created which quickly became a naturist resort of international renown.

In the town center, a quick visit makes it possible to notice the church Saint-Seurin (19th), neo-Gothic style, and the town hall built in limestone.

In Montalivet-les-Bains, facing the ocean, there is a column supporting a Virgin (1868) and a bust of the founder of the station, Jacques Laporte, which gives rise to a custom: 'Make the tour when you stay on the coast...

But it is its natural environment that makes Vendays-Montalivet a step of choice for holidaymakers and tourists. Some 40 km of hiking trails and 30 km of cycling trails have been built on the territory, providing opportunities to enjoy the coast but also the charms of the forest (6,000 hectares!) And the last remaining perennial marshes (The Perche and the Gua). What to apprehend fauna (geese of Canada, hawks...) and a typical flora (not to mention the porcupines in autumn and for the most patient, the deer slab...). For more information about hiking and cycling trails, please call +33 5 56 09 30 12. For a visit accompanied by the swamp, contact +33 5 56 09 30 12; To go through paddle, contact the +33 6 81 94 45 90.

Another way to discover the geology, history and biology of the commune and its region: visit the Musée Grange du Patrimoine (permanent showcases, projections and temporary exhibitions). Information on +33 5 56 73 32 02.

Then, enjoy the pleasures of the beach. There are five: the "north" beach, which includes a hold for boats; The "central" range; The beach "sud", where the surf club is located (Montalivet is famous for its spots, for all information, join the +33 6 83 52 63 74)... Always from the north to the south, follow the beach of the naturist center and that of the ACM holiday club. Then, the 8 km of remaining beaches included in the municipal territory are no longer monitored but can be the object of walks in a preserved environment...

It should be noted that naturism is not allowed outside the perimeter of the helio-marine center: it includes several types of accommodation, shops and reserved play areas. The center is located on 200 hectares of pine forest and is protected by a wall. Contact to 05 33 092 092. 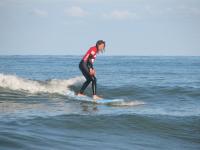 Leisure activities in the Gironde
Compare reviews, photos and rates with an interactive map. Promotions and weekend offers.
View offers

Leisure activities in the Gironde
Compare reviews, photos and rates with an interactive map. Promotions and weekend offers.
View offers

The third weekend of July, the Estivales of the comic book bring together some thirty authors. Meetings, signings and workshops are on the program.

In a different way, for gourmets and gourmands eager to taste the charms of the local terroir (oysters, Bordeaux wines...) but also tourists wishing to know regional crafts, a market is scheduled every day in Montalivet (under the market In winter), from 8am to 2pm. It has become an institution and one of the busiest in the region. On Sunday morning, a market also takes place in the borough. 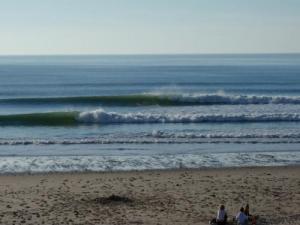 All leisure activities around Vendays-Montalivet 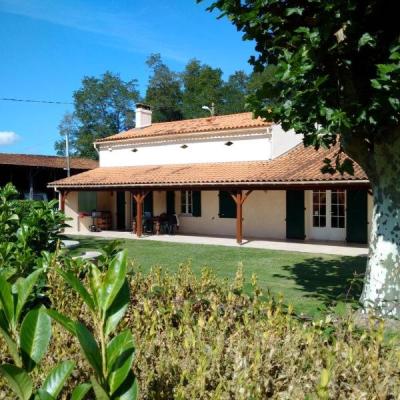 The Mancine Laulan
10
6
House with 3 bedrooms in Jau-Dignac-et-Loirac
106 € to 120 € per double room
The Mancine Laulan a beautiful area of ​​5000m², surrounded by vineyards, quiet and relaxing in the heart of a wild and preserved Médoc, offers 3 charming guest rooms and spacious walk-with a host table all seasons. The space of Mancine Laulan…
Located 7.9 km from Vendays-Montalivet
Favourite 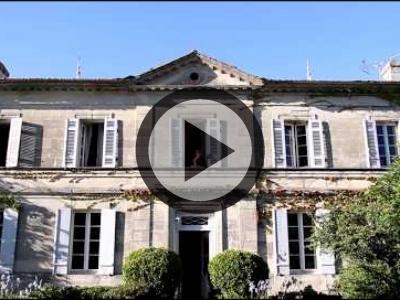 La Hourqueyre
9.3
28
House with 4 bedrooms in Saint-Yzans-de-Médoc
78 € to 95 € per double room
Corinne welcomes you in in her tastefully decorated 19th century house surrounded by gardens and vineyards. You will find there the charm of family furniture, the peace and quiet of an isolated house. You are close to the famous Médoc châteaux,…
Located 18.4 km from Vendays-Montalivet
Favourite 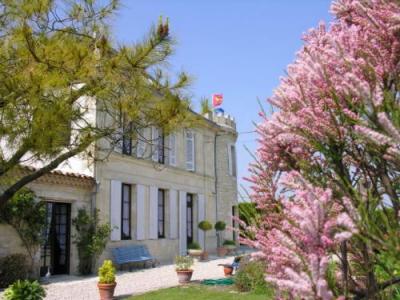 The mill
9.4
24
House with 4 bedrooms in Saint-Yzans-de-Médoc
84 € per double room
You who love peace and nature, you will be enchanted by the charm of this former miller's house and the tower of the mill of the eighteenth century. Located on a micro-winery, the house is surrounded by a park and beautiful flower gardens and…
Located 18.9 km from Vendays-Montalivet
Favourite
All bed & breakfasts around Vendays-Montalivet

Domaine de la Fosse
10
1
Farm for 6 people in Saint-Vivien-de-Médoc
60 m², 1 bedroom
360 € to 490 € per week
Caroline and Michel Arnould welcome you to "Fosse Domaine" their farming property at the tip of the Médoc. They offer you a stay in one of their 4 houses comfortable and friendly manner built. shared swimming pool. Wireless. Capacity: from 2…
Located 10.4 km from Vendays-Montalivet
Favourite 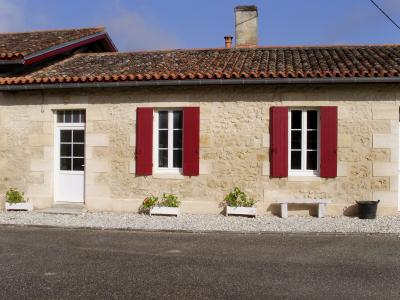 Cottage cellars
Apartment for 2 people in Valeyrac
71 m², 1 bedroom
400 € to 480 € per week
Independent apartment of about 71 m ² in the outbuildings of the Château Le Bourdieu ; old Médoc wine estate still in operation. Constituted of a big stay, an equipped kitchen, toilet, shower and a big room ; giving a private lawn.
Located 12.7 km from Vendays-Montalivet
Favourite 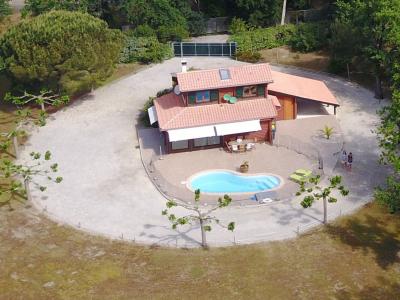 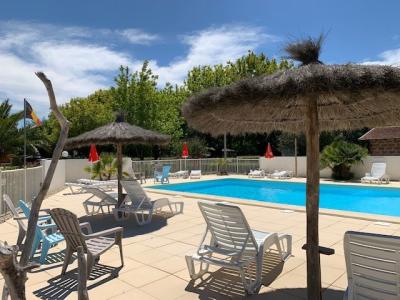 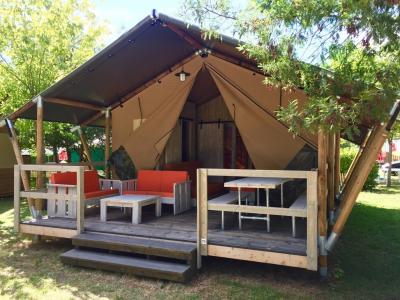 Camping Le Bon Coin
9.0
16
Campsite in Hourtin
94 pitches on 2.6ha
On the edge of town, near the lake and 10 minutes of ocean beaches, we offer a quiet stay in a family atmosphere.
Located 19.3 km from Vendays-Montalivet
Favourite 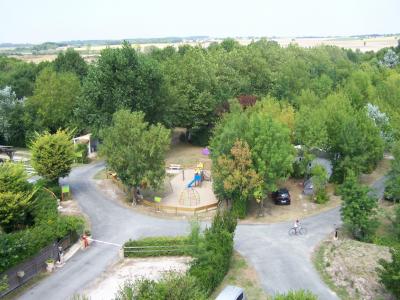 Fleurs des champs
10
2
Campsite in Arces
50 pitches on 4ha
12 € to 14 € per day (2 pers / tent / car)
Located near Talmont, picturesque village by the sea, our campsite invites you to relax in a family atmosphere.
Located 25 km from Vendays-Montalivet
Favourite
All campsites around Vendays-Montalivet 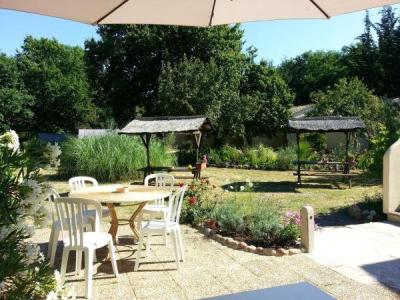 Hotel Les Vieux Acacias
7.9
270
Hotel in Queyrac
Hotel Les Vieux Acacias is located in the famous wine-growing region of Médoc, near the road leading to the prestigious châteaux. The sea is just a 15-minute drive away and its rooms have shower or bath, satellite TV, garden views and free Wi-Fi…
Located 6.7 km from Vendays-Montalivet
Favourite 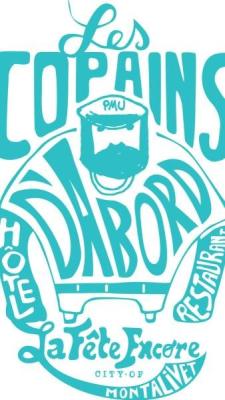