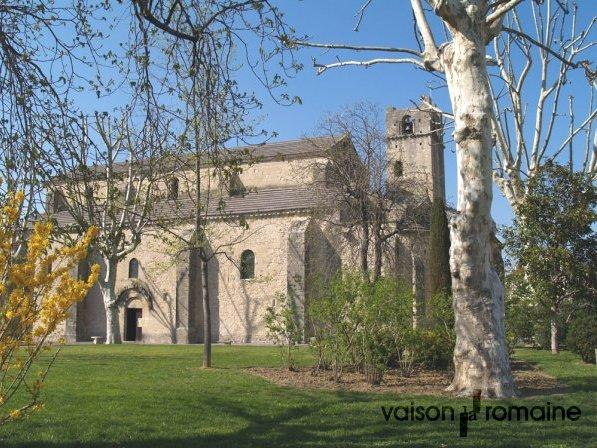 8.5
6
See all photos
Add to favouritesRemove from favourites

Campsites in the Vaucluse
Find a great selection of ideas for your holidays! Get inspired and compare offers.
Compare offers

From the ancient city to the medieval town, a few centuries have passed. Urban organization is then partially superimposed on the Roman relics, often reused for the construction of new buildings as seen in the foundations of the cathedral. With the spread of Christianity, the town was first established around its religious monument, on the right bank of the Ouvèze.

The Cathedral of Our Lady of Nazareth, Mother Church of the Diocese of Vaison (forty parishes in the Papal State and the Dauphiné), was at the center of a medieval city disappeared. The bishop resided in the near Bishop's Palace and canons in the cloister and its adjoining buildings. Built in the eleventh century on the site of paleo-Christian buildings, according to a basilica, then rebuilt in the following century, its architecture is a fine example of Provençal Romanesque art. One of its characteristics is the presence of ancient remains reused during construction. Attached to the cathedral, the cloister has four galleries surrounding the garden, small perforated arches grouped in threes under discharge arcs. The columns are topped with capitals leaves water for most, but some are figurative. The rooms reserved for canons (dining hall, dormitory, chapter house...), served by the gallery of the cloister, have now disappeared. The cathedral thus transformed consists of a nave of three bays, flanked by two aisles without transept. The tripartite bed comprises a rectangular central apse and outside semicircular inside. The nave is barrel-vaulted broken on doubleaux. The collateral were creeping vaults. Shady surroundings and the tranquility of the cloister make it a pleasant place to visit. In the second half of the twelfth century, the city is subject to pillage ordered by the Count of Toulouse, disagree with the bishop of their respective possessions. It follows the construction of the count's turn, who will become the castle on the left bank and the abandonment of the medieval city in the thirteenth century for the new upper town.

The cloister that rises north of the cathedral housed the canons. The plan of the building, four galleries surrounding a courtyard, reminds the function of the peristyle of the Roman house: enlighten, aerate and connecting parts. Thus the cloister served the cathedral and the rooms reserved for canons: the armarium (that is to say the library), chapter house, refectory and kitchen, storeroom, dormitory... Remains clean facilities daily life, the only remaining sink in the north gallery. It is in the form of a simple cavity made in the thickness of the wall and in connection with a well. Simple and harmonious, the galleries are small perforated arches that bring light from the central courtyard. They are supported by columns with capitals and are topped by larger arcs. Most capitals are decorated with water leaves (palm leaves), but some in the west gallery, one can admire acanthus leaves, interlacing, and small stylized characters. These decorations are carved in marble blocks recovered by the artisans of the Middle Ages on the ancient remains. Several quality and marble colors side by side. You have to approach to discover the finesse of this material covered by a thin layer of limestone which is deposited to the son the years. Apart from this traditional setting, it should be noted an unusual engraving that arouses curiosity: It is integrated in the west gate lintel key: This is a male face. Almond eyes, straight nose, the forked beard reminiscent of Byzantine representations of Christ. What is surprising, it is the bull horns he wears on his head. They often give rise to various interpretations: Is there a Christ on A? Is it represented in Gallic chief, or in connection with the cult of Mithras or with a lunar symbol? Continuing the visit, you come into the garden that offers a beautiful view of the massive, crenellated bell tower. The monumental inscription in Latin which is followed on the side of the cathedral is exceptional in its size and it recalls the great ancient dedications. This is an invitation to live under the rule of the Church. There are the classic notion of the opposition between the north (north which is sin) and Auster (south which is the fervor). The monastery also houses some lapidary elements Christians from different periods which we shall mention only a few rooms: a beautiful marble sarcophagus of the fourth century shows the twelve apostles. Next, note early Christian funerary inscriptions of the late third century or early fourth century. Further, a cross double face of the late fifteenth century is decorated of Christ and the Virgin on the other side. She decorated the tomb of the family of Blegier (Mansion in Upper Town) Finally fragments chancels and gravestones complete the collection presented in the galleries...

To understand the disappearance of the medieval city which in addition to its cathedral, its cloister, civilian buildings and private houses, we must remember the quarrels of possession which opposed the counts of Toulouse and the bishops. The city suffered attacks people Count of Toulouse who wanted to recover their property. Damage, looting, fires have followed from the second half of the twelfth century. These rivalries were spread over several generations have produced a significant change in urban planning. It starts with building the count's turn, who will become the castle on the left bank, is accompanied by the desertion of the population fled the valley. In the end, the attraction of the castle and the hopes for peace explain the abandonment of the medieval city in the thirteenth century for the new upper town.

Campsites in the Vaucluse
Find a great selection of ideas for your holidays! Get inspired and compare offers.
Compare offers 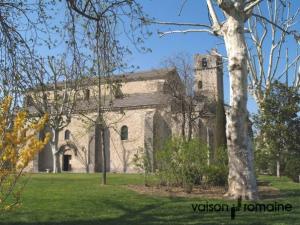 ®2 Cathedral of Our Lady of Nazareth
See photo 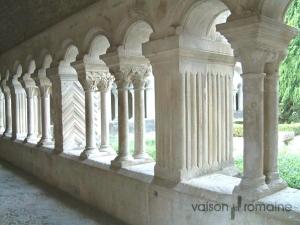 Gallery of the cloister
See photo Bed & breakfasts in the Vaucluse
Contact the managers directly with no middleman to pay. Book your stay at an exceptionally low price!
View selection

Bed & breakfasts in the Vaucluse
Contact the managers directly with no middleman to pay. Book your stay at an exceptionally low price!
View selection 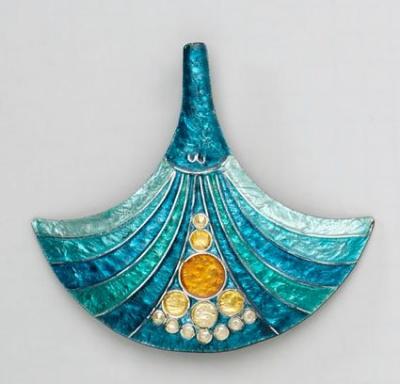 Visit a workshop making cloisonné enamel with silver on copper
Arts and Crafts in La Garde-Adhémar
Claude Michel and Mady, visual artists, have since 1960 the art of cloisonné enamel on copper silver covered with a silver foil. In their workshop gallery, impasse des Remparts La garde Adhémar, Drôme Provençale, ranked among the most beautiful…
Located 18.8 mi away from the Cathedral Notre-Dame-de-Nazareth
Favourite Tour of a lavender distillery
9.5
3
Culture and education in Sault
Your visit starts here ! A unique experience in the heart of lavender. Located at the foot of Mont Ventoux, in Sault, the capital of lavender, Arôma'plantes, for more than 5 generations is a family farm and a distillery. Lavender is cultivated…
Located 18.9 mi away from the Cathedral Notre-Dame-de-Nazareth
Favourite 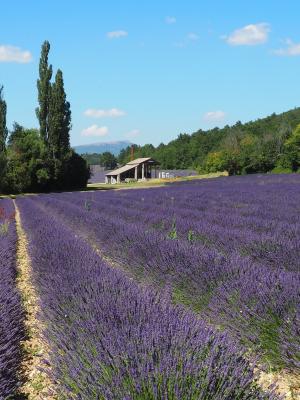 Visit a lavender distillery
8.8
6
Local flavours in Sault
At the beginning of the path of lavender, just tap into the history of a flower, all its wealth and scents… Thierry and Sylvie make you visiting their traditional distillery, built in 1947 on the family farm, works with a straw home Lavender…
Located 19.3 mi away from the Cathedral Notre-Dame-de-Nazareth
Favourite
All leisure activities around the Cathedral Notre-Dame-de-Nazareth 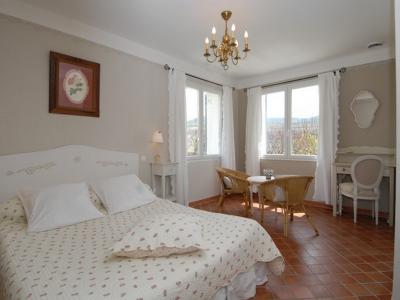 The lime trees of Elisée
Southern French farmhouse with 5 bedrooms in Vaison-la-Romaine
70 € to 85 € per double room
We are happy to welcome you in our typically Provencal family home, Patiently restored over time to offer you all the comforts of today - and the authenticity of yesteryear. With its orchard and its olive grove it has preserved its authenticity…
Located 220 yd away from the Cathedral Notre-Dame-de-Nazareth
Favourite 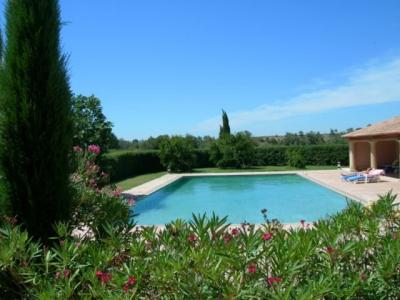 The Old Figuier
10
1
Southern French farmhouse with 2 bedrooms in Séguret
130 € per double room
Jacques and Maite Rey look forward to welcoming you to their Bed & Breakfast, an elegantly renovated 18th century «mas» nestled among the vineyards of Seguret, officially designated «one of the most beautiful villages of Provence». Le Vieux…
Located 4.2 mi away from the Cathedral Notre-Dame-de-Nazareth
Favourite 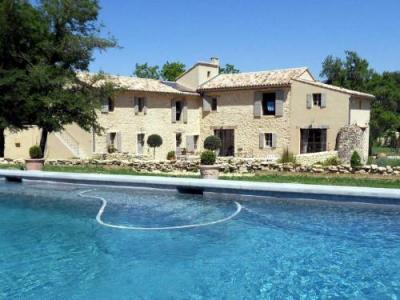 Mas de Longuefeuille
9.7
3
Southern French farmhouse with 3 bedrooms in Malaucène
100 € to 140 € per double room
Le Mas de Longuefeuille is a farmer farm, located in the countryside 3 km from Malaucène between Mont Ventoux and lace Montmirail. We offer two air-conditioned rooms and one room/suite, swimming pool in a privileged environment.
Located 5.3 mi away from the Cathedral Notre-Dame-de-Nazareth
Favourite
All bed & breakfasts around the Cathedral Notre-Dame-de-Nazareth "Le petit Vert"
Apartment for 4 people in Vaison-la-Romaine
45 m², 1 bedroom
455 € to 630 € per week
Appartment (45 m ²) independent on the ground floor of a villa with private parking, small terrace (with bbq) and garden in the shade of fig trees. 1 room with a bed 160 x 200 cm, living room with sofa bed (140x190 cm), equipped kitchen (induction…
Located 810 yd away from the Cathedral Notre-Dame-de-Nazareth
Favourite 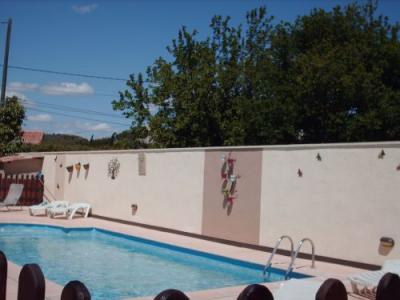 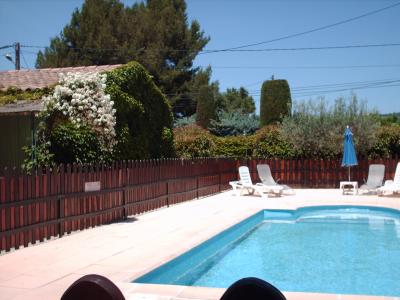 Furnished 3 stars
9.1
15
House for 4 people in Vaison-la-Romaine
75 m², 2 bedrooms
400 € to 700 € per week
In a private and secure, your home on the ground floor in a residential district, 300 m from the town center and shops. The big trees and flowers assure you calm and rest in the shade of big trees. The pool offers relaxation under our sun of…
Located 820 yd away from the Cathedral Notre-Dame-de-Nazareth
Favourite
All vacation rentals around the Cathedral Notre-Dame-de-Nazareth 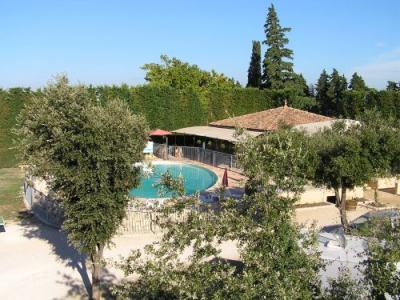 Camping des Favards
9.2
4
Campsite in Violès
49 pitches on 1.8ha
1810 € to 2550 € per day (2 pers / tent / car)
Come join us at the campsite of Favards the heart of our vineyard. Come admire the jagged peaks of Montmirail, a must climbing site, 5 minutes from the campsite. The Giant of Provence, Mont Ventoux very popular with cyclists, will stand in table…
Located 8.6 mi away from the Cathedral Notre-Dame-de-Nazareth
Favourite 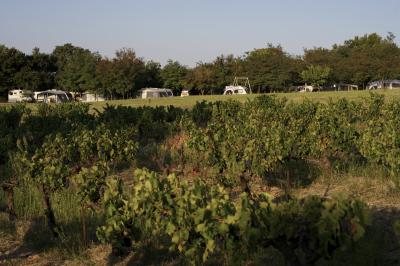 Camping Le Pastory
9.1
11
Campsite in Bédoin
80 pitches on 2ha
13 € to 15 € per day (2 pers / tent / car)
Jean-Baptiste and his team welcome you in Provence, surrounded by lavender fields and vineyards of Mont Ventoux, the Luberon. The campsite offers a superb view of the 'Mont Ventoux', 10 'from Carpentras, 20 minutes from Avignon and Orange.
Located 8.9 mi away from the Cathedral Notre-Dame-de-Nazareth
Favourite
All campsites around the Cathedral Notre-Dame-de-Nazareth 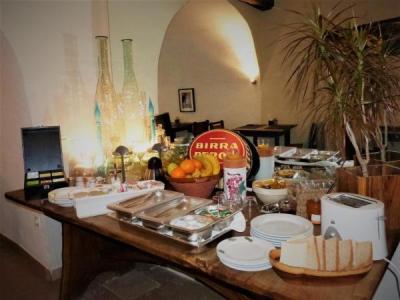 Hôtel la Fête en Provence
8.4
167
Hotel in Vaison-la-Romaine
Room from 80 €
Located at the heart of the medieval town of Vaison-la-Romaine, Hôtel la Fête en Provence offers an outdoor swimming pool, a hot tub and a furnished terrace. Each individually decorated room has a private entrance. All rooms have a private bathroom…
Located 430 yd away from the Cathedral Notre-Dame-de-Nazareth
Favourite 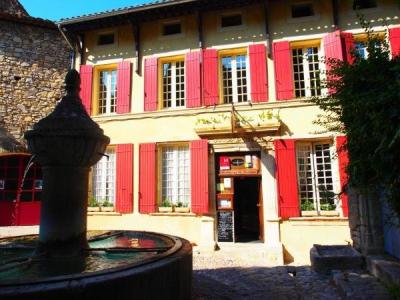 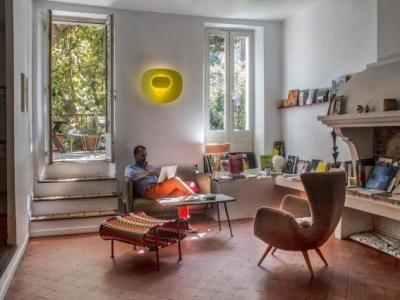 Hotel Burrhus
8.3
248
Hotel in Vaison-la-Romaine
Room from 79 €
Situated in the centre of Vaison-la-Romaine in the Provence-Alpes-Côte d'Azur Region, 39 km from Avignon, Hotel Burrhus boasts views of the city. Guests can enjoy breakfast and drinks on the terrace. Every air-conditioned room is equipped with…
Located 540 yd away from the Cathedral Notre-Dame-de-Nazareth
Favourite
All hotels around the Cathedral Notre-Dame-de-Nazareth