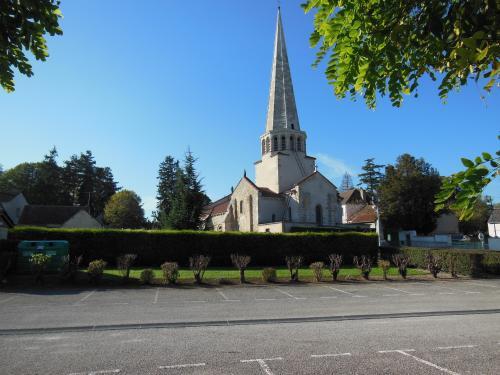 Vacation rentals in the Allier
Compare reviews, photos and rates with an interactive map. Promotions and weekend offers.
Compare offers

Saulcet strives to maintain village life despite the proximity of Saint-Pourçain. The last restaurant, Chez Lucien, was bought in 2003 by the town, which did not disappear the ultimate place to live. In December 2003, Chez Lucien became The Four Seasons, a restaurant and bar which is now part of good restaurants in the region.

Saulcet is the most common wine of the Holy Pourcinois country with six independent winegrowers and two cooperators. Renowned for its wines, the town might become for its water, if the source of Bellecour, uncovered by Nyffenegger family, manages to overcome administrative barriers. The bottling plant would be at Jalfrettes and common benefit of the tax cap.

Spread on the hillside, crossed by footpaths, the village is popular : increased population of 624-668 inhabitants between 1999 and 2014, probably due to the proximity of Saint-Pourçain and its watershed activities but also the central position midway between Moulins and Vichy Saulcet, employment areas also.

The buildings have extended the town and large villages - Berchère, The Quail, Pénaud and Venteuil. Their sanitation is a major investment for the town, now closed folder with the initiation of the last resorts to Venteuil appointed in 2009 and Pénaud in 2012. The town now has to devote to the maintenance of the existing network and extensions network related to urbanization.

The layout of the old rectory, Common property was completed in December 2011 with the complete renovation of the building in the town hall on the ground floor and rental accommodation on the 1st and 2nd floor.

Saulcet is part of an educational group with Bransat and Verneuil-en-Bourbonnais formalized by the creation of a union called SIVOP which manages the school and whose business office is located in the town hall of Bransat. Saulcet has two classes currently running forty children divided into CP, CE1 and CE2. A Bransat are two kindergarten classes with Small, Medium and Large Sections, All the Small Sections or children 2 years old are welcomed subject to the workforce. Verneuil-en-Bourbonnais has only one class hosting CM1 and CM2. The SIVOP set up an after-school day care on the premises of the Verneuil school, it is a reception center without paid hosting checked and approved by the Departmental Directorate of Social Cohesion and Protection of the population and Family Allowances Fund. This service allows parents whose professional activities have a large amplitude schedule drop the kids at 7am and remove up to 19h.

Vacation rentals in the Allier
Compare reviews, photos and rates with an interactive map. Promotions and weekend offers.
Compare offers

The church of Saint-Julien Saulcet is a Romanesque building from the 12th century. When the church, a jewel of the local heritage, needs heavy restoration of its stone tower and its roof, the proposal from the DRAC ( Regional Cultural Affairs) in 2004 to do a full restore is a bargain. 5% remain the responsibility of the municipality. This building is topped by an imposing spire of 30 meters and 60 tons of sandstone Bourbonnais, octagonal section, which dates from the 14th century, perched on a stump itself octagonal equipped with blind sounds. Successive restorations have added on the front wooden porch of the 17th century, formerly caquetoire because people met there to talk. Rich in precious frescoes dating from the 13th century in the apses and later as Gothic eras in the nave and aisles, the church is one of the centers of attraction Saulcet with the crystal and the Four Winds cellars.

Bed & breakfasts in the Allier
Find recommendations at the best price. Book your stay online and save money!
View selection

Bed & breakfasts in the Allier
Find recommendations at the best price. Book your stay online and save money!
View selection

Saulcet suburb of Saint-Pourçain-sur-Sioule, could just be a dormitory town, but it is animated by an intense community activity : many adherents Saulcet Gym, two football teams, a committee of celebrations that continues the tradition of the election of the queen, with Saulcet Heritage, an association for the development and restoration of the Saint-Julien church of cycle tourists, hunters, lovers of antique vehicles, a club third age, etc.

The holiday season and Saulcet Gym Committee combine each year to organize the traditional flea - empty attic that takes place in the streets of the borough Saulcet 1st Sunday of June, information Hall +33 4 70 45 34 56. 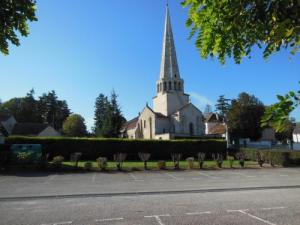 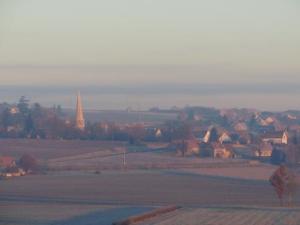 All leisure activities around Saulcet 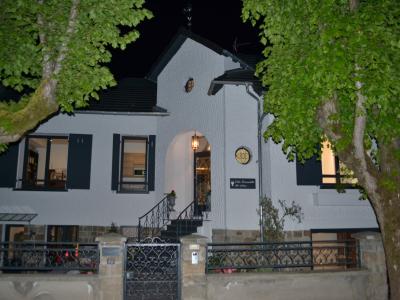 Villa Bernadette Ma Chère
9.7
3
House with 3 bedrooms in Bellerive-sur-Allier
60 € to 110 € per double room
New : Opening on July 1,2017 At the gates of Vichy, in a very quiet area of ​​Bellerive sur Allier, an old private street lined with lime trees, a bridge to cross to access the attractions of the 'Queen of the Vichy', Vichy, you can leave your…
Located 26 km from Saulcet
Favourite 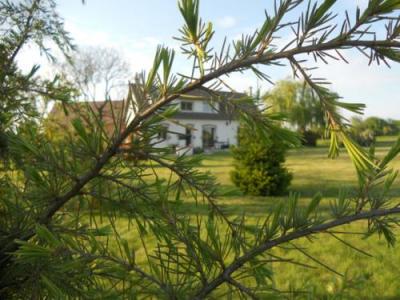 Le Domaine Augenaies
9.2
3
House with 1 bedroom in Mercy
140 € per double room
Digress nature and relaxation in the heart of Bourbonnais ! Quietly, in a green 5 hectares, and Christine Oliver Augenaies await you at the Domaine. Spend a memorable, relaxing, and enjoy the local flavors of their guest tables. The house has…
Located 26 km from Saulcet
Favourite 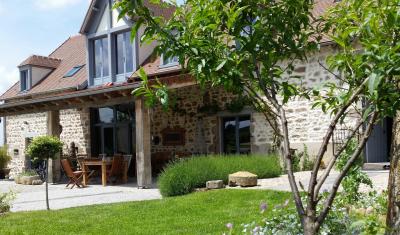 Shenmen
9.6
18
Farm with 5 bedrooms in Beaune-d'Allier
110 € to 125 € per double room
Do you value style and authenticity ? Do you appreciate a hearty welcome, a convivial atmosphere and friendly hosts ? Do balanced and healthy meals, prepared with organic ingredients, agree with your lifestyle ? Are you looking forward to comfortable…
Located 28 km from Saulcet
Favourite
All bed & breakfasts around Saulcet 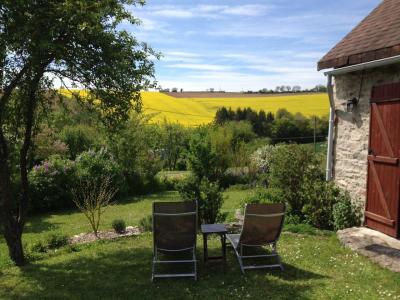 Le Tournesol
9.6
1
House for 4 people in Bellenaves
68 m², 2 bedrooms
350 € to 500 € per week
Le Tournesol, a holiday home for 4, is a former wine barn, which has been renovated and now offers a comfortable and relaxing home base from which to explore this unspoilt area of France. Downstairs are the living room, dining/kitchen area,…
Located 21 km from Saulcet
Favourite 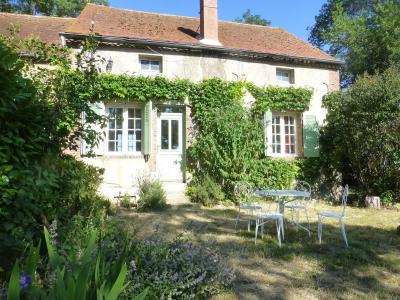 Château de l'Ormet
9.3
8
Farm for 2 people in Valignat
48 m², 1 bedroom
450 € per week
Le Petit L'Ormet is the residential part of the old farmhouse of L'Ormet Castle. It has just been renovated (2019), and welcomes you with a bright room, a living room with through light, with both east and west windows or door, and a small living…
Located 23 km from Saulcet
Favourite 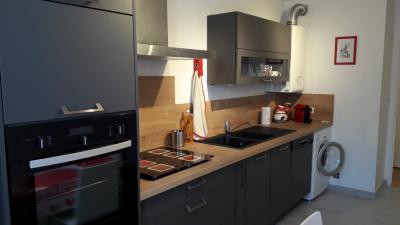 Apartment F2 le vincennes vichy
9.6
2
Apartment for 4 people in Vichy
64 m², 1 bedroom
350 € to 500 € per week
The apartment of 64 m² has been completely redone (fev 2017) and furnished to new. It is located in a quiet area, rue Louis Blanc, on the first floor with elevator. It is fully accessible to wheelchair users. Restaurant and caterer (l'Athenée)…
Located 25 km from Saulcet
Favourite
All vacation rentals around Saulcet 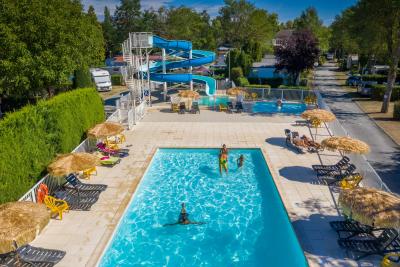 Les acacias
Campsite in Bellerive-sur-Allier
105 pitches on 3ha
1520 € to 2180 € per day (2 pers / tent / car)
At the edge of the river allier, at the gates of Auvergne, in Bourbonnais, left bank, 260 m altitude : a place of open air, calm and nature, in the countryside while being near the town, small campsite range. An ideal setting to regain the form.…
Located 27 km from Saulcet
Favourite 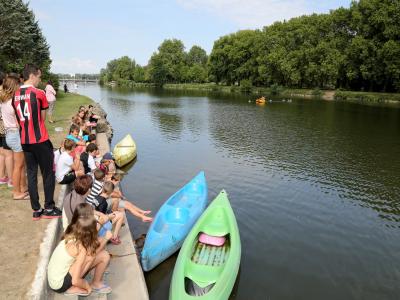 Beau rivage sur les Berges de l'Allier
9.1
9
Campsite in Bellerive-sur-Allier
126 pitches on 2ha
1580 € to 2210 € per day (2 pers / tent / car)
We invite you to come visit Auvergne idyllically located by L'Allier and facing the park Napoleon III in Vichy. The city center of Vichy is located 2 km from the campsite. Camping Beau Rivage has a privileged location for exploring the Auvergne…
Located 27 km from Saulcet
Favourite 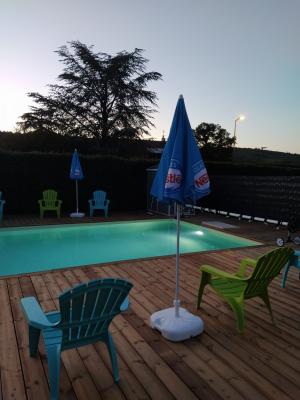 Camping Nières
Campsite in Ébreuil
65 pitches on 3ha
13 € to 19 € per day (2 pers / tent / car)
The campsite Nières, in Auvergne, in a family atmosphere, is located directly on the banks of the Sioule, in the heart of the village of Ébreuil. It is a place to relax, swim in the river, fish or paddle canoe or kayak. The ground offers a lot…
Located 28 km from Saulcet
Favourite
All campsites around Saulcet 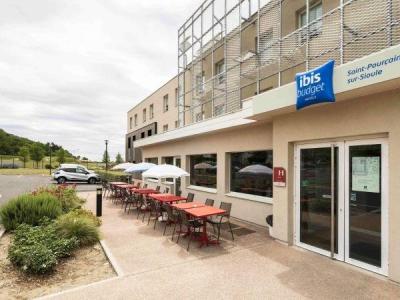 ibis budget Saint Pourcain
8.4
890
Hotel in Saint-Pourçain-sur-Sioule
Room from 49 €
ibis budget Saint Pourcain is located in Saint-Pourçain-sur-Sioule. The property is 2.5 km from the city centre. Free WiFi access is available throughout the hotel. Each room here will provide you with a flat-screen TV. The private bathroom…
Located 4.4 km from Saulcet
Favourite 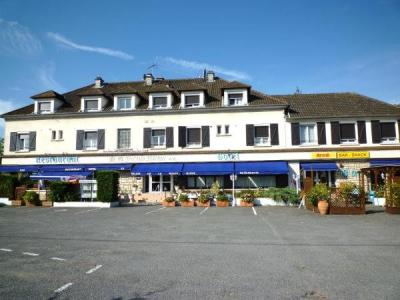 Le Relais de la route bleue
8.0
135
Hotel in Saint-Loup
Room from 63 €
This hotel is situated on National road 7, just 5 km from the town of Varennes-sur-Allier. It offers free Wi-Fi access, flat-screen TV and a private bathroom in all of its soundproofed guest rooms. A buffet breakfast is served daily at Le Relais…
Located 9.3 km from Saulcet
Favourite
All hotels around Saulcet