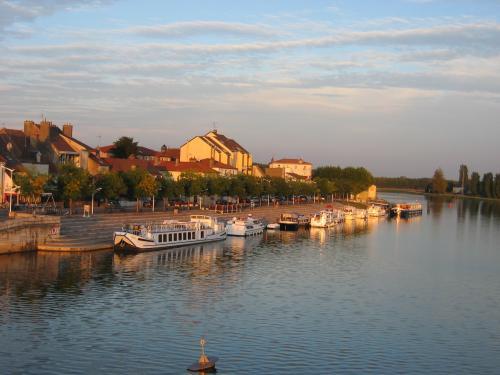 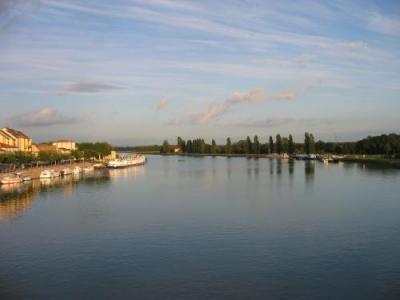 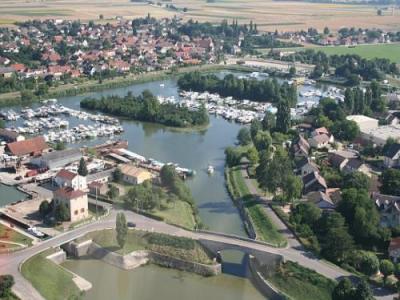 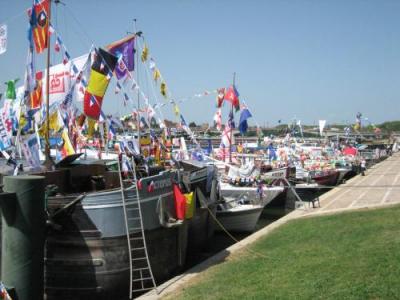 Saint-Jean-de-Losne is a commune in the Côte-d'Or, in the Burgundy-Franche-Comté region, 33 km south-east of Dijon.

The locality has the specificity to have a very small area (0.6 km²) but to occupy a strategic position of the first order. Located on the right bank of the Saone, it is thus at the crossroads of three fluvial axes: the Saone, therefore, but also the Burgundy Canal and the Rhine-Rhone Canal.

Already, in ancient times, it was here that salt from the salt mines of Franche-Comté crossed the river. Over the centuries, during the Middle Ages, the Ancien Régime and after the Revolution, when the canals were built, the mariners made a stop at Saint-Jean-de-Losne. The small city was also the scene of two major events: the signing in 1522 of the treaty of neutrality between the two Burgundy and in 1636, during the Thirty Years War, the resistance of the inhabitants against the siege undertaken by the enemy imperial troops.

At the beginning of the twenty-first century, if the commercial maritime traffic has more than declined, the town which counts nearly 1200 inhabitants became the first marina fluvial of France.

With its heritage, this makes Saint-Jean-de-Losne a major tourist hub in the region.

Before enjoying the leisure and activities related to its port, a visit of the small city allows to discover a historical and architectural heritage of high quality.

This is the case of the town hall in a former mansion of the seventeenth and eighteenth centuries, protected as historical monuments. For example, there is a carved oak portal that gives access to the inner courtyard, closed at the back by a wrought iron gate. Upstairs, archival documents have been preserved, and a painting by Geoffroy and Badin from 1847 represents the aldermen during the siege of 1636. A gallery and a drawing room decorated with an eighteenth century wallpaper complete this rich interior. Information on +33 3 80 48 19 19.

Direction then the House of Mariners, one of the oldest houses of the town (XV), built in mud, brick and terracotta. We also notice the oak ceilings. The house is now home to the Museum of the Batellerie whose collections (photographs, models, objects) can apprehend the daily life of the sailors of yore. Open every day from Easter to October 31 and out of season by appointment. Free visit, guided tour: 2 euros. Information on +33 3 45 18 33 87.

One step is then justified in the church of St. John the Baptist, built in the sixteenth century, which has the specificity of having elements of flamboyant Gothic (such as his choir) and Renaissance (portal). The partially classified building houses in its bosom a furniture of very beautiful invoice (stalls and high altar with canopy and stucco decoration of the eighteenth century, lectern and ex-voto in the form of boat of the nineteenth).

Now converted into a retirement home, the former Hotel Dieu founded in 1658 has been remodeled but the main building has retained its original appearance, with its Mansart roof. The staircase of honor decorated with a statue of the Virgin and the child of the Burgundian school (XV) was also preserved, like the old doors of the hospital. The period pharmacy, on the other hand, which was used until the beginning of the 20th century, is now sheltered and exposed at the Hôtel d'Agar in Cavaillon.

In the heart of the village, finally, the monument commemorating the siege of 1636, erected in 1891, is essential: it was raised on the very site where the aldermen announced to the inhabitants their deliberation aimed at continuing the resistance to the besiegers. The base is decorated with two bronze bas-reliefs and at the foot of the column, the two guns offered by Napoleon were replaced in 1901.

On the river side, we can finally see the reconstructed concrete bridge in 1951.

As for the old dock dedicated to the loading of merchant ships, it has become a stopping place near the marina.

Its basin was dug in the 19th century and was redeveloped in 1987 when a cruise liner rental company was set up. Pontoons, workshops and a captaincy were also made. All these investments have enabled Saint-Jean-de-Losne to become the leading French port for fluvial tourism with some 350 seats and modern equipment. Information on +33 3 80 39 23 00.

Private companies renting small or large cruise ships have settled over the years.

In addition to festivities and activities directly related to the port, the Tourist Office of the town offers several hiking trails to follow in particular the footsteps of the pilgrims of the old way of Saint-Jacques. A stroll on the theme of skippers is also possible. Maps and information on +33 3 80 37 15 70.

The last weekend of April, river tourism exhibition with presentation of boats, accessories and activities related to river cruises.

The third weekend of June, feast of the shipyards with historical animations, nautical and playful.

In December, parade and feast of St. Nicholas.

Finally, every Wednesday morning, the market is held on the National Wharf and allows you to discover all the richness of the Burgundy terroir. 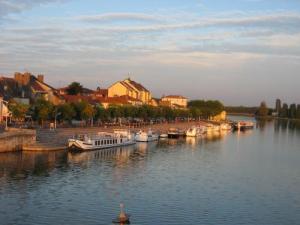 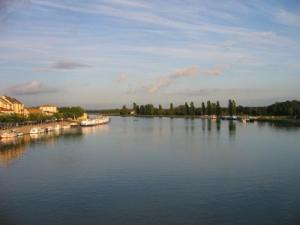 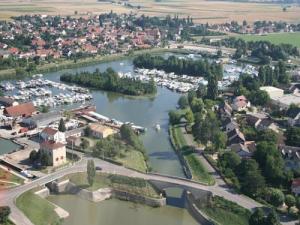 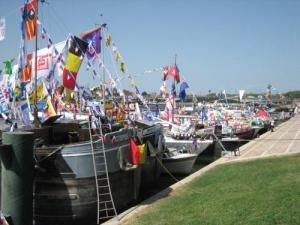 Feast of Saint Vincent rotating at the end of January.

All leisure activities around Saint-Jean-de-Losne At the bottom of the soil... left
9.9
4
House with 1 bedroom in Champvans
70 € per double room
At the bottom soil Jura, close to Dole, halfway between Dijon and Besancon, you will be received in an old barn where you will find peace and relaxation. This barn of the nineteenth century, who lived much and begins a new life of B & B was…
Located 7.9 mi from Saint-Jean-de-Losne
Favourite 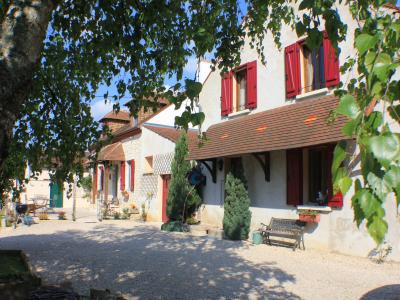 At the Murots
8.7
9
House with 3 bedrooms in Longecourt-en-Plaine
55 € per double room
For a stop or a stay… In peace, in the countryside and only - a few minutes from Longvic located at the gates of Dijon, that is for the - Gastronomic Fair or visit our beautiful city and its free museums, The wonders of Beaune, Night Saint Georges,…
Located 8.4 mi from Saint-Jean-de-Losne
Favourite Aux Mésanges
9.9
26
House with 3 bedrooms in Labergement-Foigney
54 € per double room
'Aux Mésanges' is a charming Bed and Breakfast situated in a small, quaint village 15 minutes from the city of Les Ducs de Bourgogne : Dijon. Guests will be warmly welcomed by Laurent and Delphine in their tastefully refurbished 19th century…
Located 10.6 mi from Saint-Jean-de-Losne
Favourite
All bed & breakfasts around Saint-Jean-de-Losne 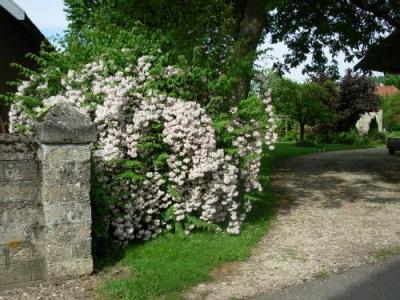 Les gïtes du Chat Perché
9.7
17
House for 5 people in Longwy-sur-le-Doubs
80 m², 2 bedrooms
320 € to 370 € per week
In an old farmhouse partially occupied owners were created two houses' at Delphine 'and' in Marinette. The rural atmosphere seeks to recreate the atmosphere of the 'Tales of the Cat Perched' Marcel Ayme wrote, influenced by his childhood and…
Located 11.4 mi from Saint-Jean-de-Losne
Favourite 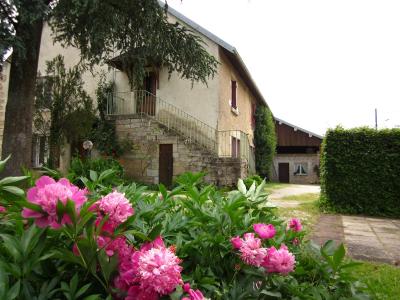 Gite of the fountain
Apartment for 4 people in Brans
50 m², 1 bedroom
230 € to 350 € per week
Apartment located on the 1st floor, independent, in the former farm owners. At the crossroads of Jura, Haute-Saone, Doubs and the Cote d'Or, near Dole's hometown of Pasteur, the site, flourished, is in the countryside and very quiet.
Located 16.6 mi from Saint-Jean-de-Losne
Favourite
All vacation rentals around Saint-Jean-de-Losne 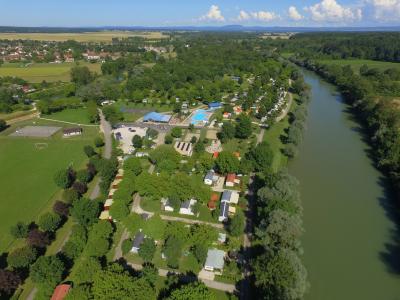 Camping of the rents
Campsite in Parcey
240 pitches on 17ha
1750 € to 2850 € per day (2 pers / tent / car)
Camping des Bords de Loue welcomes you in an exceptional green setting. A park of 10 hectares bordered by the rents (river clear and lively) which will seduce the lovers of calm and nature. At the campsite, you will find all the facilities to…
Located 11.9 mi from Saint-Jean-de-Losne
Favourite 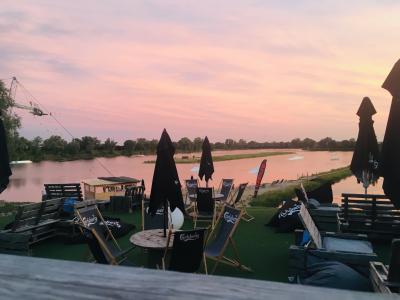 The Water Thread
10
1
Campsite in Premeaux-Prissey
31 pitches on 3ha
15 € to 1850 € per day (2 pers / tent / car)
Small family campsite located along the road of Grands Crus. You will appreciate the warm welcome and the availability of the team. On site, a leisure center with a water ski lift, paddle and kayak rentals, petanque, table football, volleyball…
Located 14.7 mi from Saint-Jean-de-Losne
Favourite Camping Chanoie
9.6
7
Campsite in Pontailler-sur-Saône
154 pitches on 6ha
14 € per day (2 pers / tent / car)
Between Burgundy and Franche-Comte, raised and green campsite 160 places over 6 ha near the town center and its shops. 2 chalets 6 people available. Point Wifi at the reception (free). Washing machines and dryers. Since 2014. Blue Label Bike…
Located 16.1 mi from Saint-Jean-de-Losne
Favourite
All campsites around Saint-Jean-de-Losne Auberge De La Marine
7.7
81
Hotel in Losne
Room from 77 €
Auberge de la Marine is located on the banks of the Saone River, along Saint James’ Way. It is 33 km from Dijon and offers guest rooms with free Wi-Fi internet access and a flat-screen TV. With a simple décor, all of the rooms have a telephone.…
Located 340 yd from Saint-Jean-de-Losne
Favourite 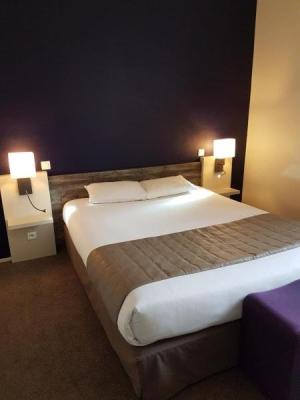 Le Corbeau
8.6
188
Hotel in Auxonne
Room from 70 €
Located in the historical centre of Auxonne, this hotel is situated opposite Notre Dame Cathedral. It features guest rooms with a TV, free Wi-Fi access and a telephone. Each guest room has a simple décor with antique-style furniture. All rooms…
Located 8.7 mi from Saint-Jean-de-Losne
Favourite 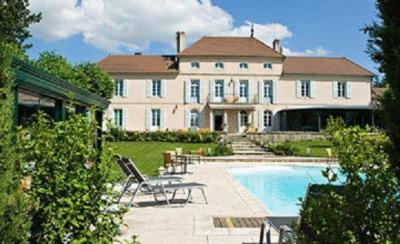 Chateau Du Mont Joly
8.9
34
Hotel in Sampans
Room from 157 €
This 18th-century chateau is set in a 2.5 hectare park, at the gateway to Bourgogne. It offers architect-designed rooms and a heated outdoor swimming pool. All the guestrooms at the Chateau du Mont Joly have flat-screen TVs and free Wi-Fi internet…
Located 9.2 mi from Saint-Jean-de-Losne
Favourite
All hotels around Saint-Jean-de-Losne