Bed & breakfasts in the Morbihan
Organise your dream holiday in a few clicks. Search a wide range of establishments by specific criteria.
Book now

Village of Morbihan in Brittany, Saint-Aignan is located on the border of Cotes d'Armor. With a remarkable flowering, the town has received numerous awards and has also been labeled Green Station because of the quality of its environment.

The one that used to be called St. Lunan, the name of a Breton saint, is now a popular tourist site, especially because of its many monuments and other buildings classified historical monument.

Jewel of the Brittany village Saint-Aignan attracted tourists and visitors passing through its lush vegetation and impressive greenery making it a haven of peace. Located along the famous artificial lake of Guerlédan and its dam, Saint-Aignan also hosts two natural areas of ecological interest, flora and fauna.

Bed & breakfasts in the Morbihan
Organise your dream holiday in a few clicks. Search a wide range of establishments by specific criteria.
Book now

Green resort, the village of Saint-Aignan full of beautiful natural and architectural sites to discover some time to stroll through the streets and the countryside.

Saint-Aignan The church, built in the fifteenth century, is home to four objects inventoried and classified as an historic monument like a Pietà, a tree of Jesse and two altarpieces.

Classified as an historic monument in the early 1970s, the proto camp Castel-Finans recalls the past of the village. The archaeological site of Corboulou or the farm Corboulo are in turn registered historical monument.

Saint-Aignan is a natural paradise, with numerous hiking areas. It is possible to walk along the artificial lake of Guerlédan and its dam, while the natural areas of ecological interest, flora and fauna of the town, forest and Quénécan Blavet offer the possibility to follow different paths hiking.

The city houses an interesting museum of electricity which traces the history of the hydroelectric plant of the municipality. Models, photos, or video retrospectives are scheduled. A large collection of objects related to electricity are also presented, and the free and interactive exhibits are very playful.

Walking through Saint-Aignan, we discover chapels inventoried historical monument, like St. Mark's Chapel and St. Ignatius Chapel of the seventeenth century, or the Holy Tréphine chapel installed in the camp of Castel Finans. The village is also the venue beautiful farms and other houses from the sixteenth to the nineteenth century. Vacation rentals in the Morbihan
Contact the managers directly with no middleman to pay. Book your stay at an exceptionally low price!
Book my holidays

Vacation rentals in the Morbihan
Contact the managers directly with no middleman to pay. Book your stay at an exceptionally low price!
Book my holidays

Living the village of Saint-Aignan offers activities throughout the year.

The main cultural event is the Noctambulleries Saint-Aignan festival. On this occasion, in early September, folk music concerts are offered in the town.

In July, a semi nocturnal hiking with storytelling breaks is offered to visitors of all ages to discover the town and the surrounding area.

Regularly, meals are organized in the village to highlight local cuisine and traditions of the region. Pardons of St. Ignatius or Saint-Aignan, at the Church of Saint-Aignan, are offered several times a year.

All leisure activities around Saint-Aignan

All outings around Saint-Aignan Sans Souci
NEW
House with 3 bedrooms in Silfiac
43 € per double room
Sue and Dave welcome you to our home Sans Souci, set on the edge of Silfiac - ​​a small town amidst the beautiful Brittany countryside. Built in the 30s we-have spent the time redecorating and refreshing the property sympathetically. We were…
Located 6.8 mi from Saint-Aignan
Favourite 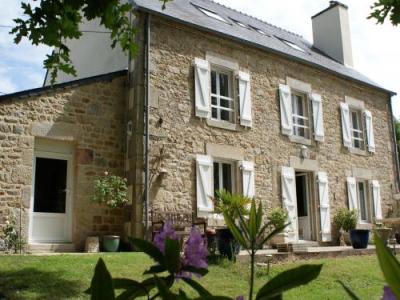 Relais ty er berre
9.8
25
House with 5 bedrooms in Melrand
60 € per double room
The tourism seduces you. We are waiting for you in one of our 4 charming rooms in the heart of the green valleys of Blavet. Rest, peace and quiet are guaranteed in our mansion in 1857. Jean-Luc and Claudia, your guests will be delighted to advise…
Located 14.7 mi from Saint-Aignan
Favourite 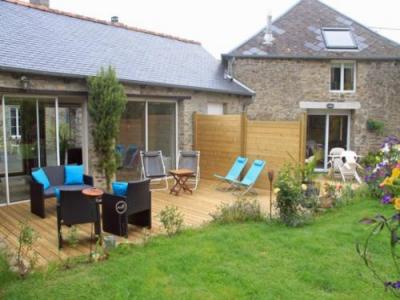 Une ancienne etable, l'esprit d'un loft
9.2
2
House for 4 people in Cléguérec
190 m², 2 bedrooms
480 € per week
An old barn converted into modern loft with large windows overlooking a park and farm animals, quiet by nature. 2 mezzanines open, a certain acoustic and above all a sense of calm and relaxation for the return to green...
Located 4 mi from Saint-Aignan
Favourite 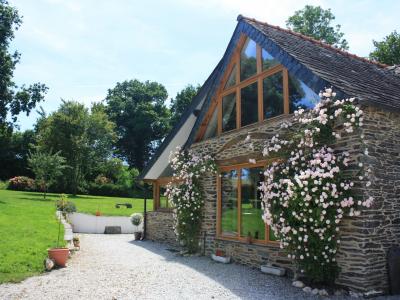 Bon Repos Gites - The Stable
Bungalow for 3 people in Bon Repos sur Blavet
103 m², 2 bedrooms
615 € per week
Once a stable, our charming vacation cottage is located on a quiet country road between the pretty Breton villages of Gouarec & Laniscat, in the heart of Brittany. Recently converted for up to 3 people, the stable is ideal for a couple or small…
Located 7.3 mi from Saint-Aignan
Favourite 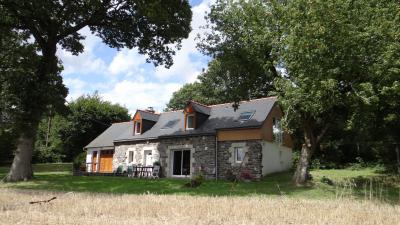 Maison tout confort en pleine campagne
9.9
5
House for 6 people in Le Bodéo
135 m², 3 bedrooms
400 € to 650 € per week
We are pleased to share our holiday home which sleeps 6 people and 1 baby. It is located in the heart of Brittany and is called 'Le Petit Bruleil ' (' Little Sun '). It is a house of rich family memories (large sandy beaches, the fest- noz,…
Located 11.7 mi from Saint-Aignan
Favourite
All vacation rentals around Saint-Aignan 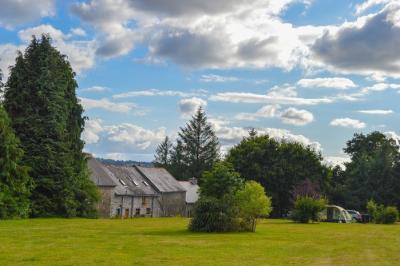 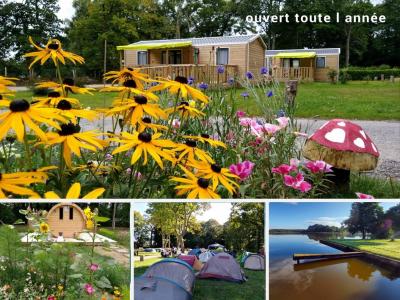 Campsite le lac o fees
Campsite in Priziac
55 pitches on 1.3ha
12 € to 20 € per day (2 pers / tent / car)
Green Camping, open all year round, in the heart of Brittany, Kalon Breizh, located on the shores of Lake Priziac. We offer 8 insulated 4-season rentals, from 1 to 4 bedrooms including a fairy hut.
Located 20 mi from Saint-Aignan
Favourite Camping Pont Calleck
10
2
Campsite in Inguiniel
37 pitches on 2ha
11 € to 15 € per day (2 pers / tent / car)
On the edge of the forest Bridge Calleck, camping welcomes you to the heart of a remarkable nature, it extends to the shores of Scorff, beautiful river recognized and appreciated by fishermen and kayakers. Located in the Natura 2000 area, the…
Located 20 mi from Saint-Aignan
Favourite
All campsites around Saint-Aignan 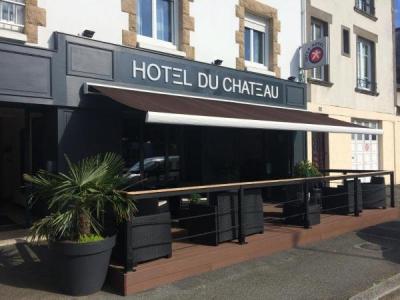