The Saint-Roch church is located rue Saint-Honoré, in the 1st arrondissement of the capital.

The first stone of its construction was laid in 1653 by Louis XIV and the construction lasted until 1722. It is one of the largest churches in Paris, 126 m long, mixing classical and Baroque style.

From Mansart to Robert de Cotte to Le Mercier, author of the first plans, the greatest architects were solicited.

Classified Historical Monument in 1914, the building is particularly famous for the notoriety of the writers or artists whose funerals were celebrated there or were buried there (Corneille, Le Nôtre, Diderot in particular), and to be still today the seat of the chaplaincy of performing artists. The Saint-Roch church is also a real museum of religious art of the eighteenth and nineteenth centuries. Pilled during the Revolution (fighting took place in the immediate vicinity), it was indeed endowed with new works of the eighteenth and nineteenth century, particularly at the level of its various chapels, after it was returned to worship.

In particular, the choir and its vault painted by Adolphe Roger and the baroque chapel of the Virgin, surmounted by an oval dome embellished with a "Triumph of the Virgin" painted by Jean-Baptiste Pierre, are inescapable. Other major works, paintings and sculptures signed Devéria, Brisset, Challe, Scheffer or Schnetz.

Another peculiarity of the church is that a famous parishioner, the financier Law, allowed the construction of the vaults of the nave.

Free visit every day or free guided tour on the second Thursday of each month (except during school holidays) at 15h. 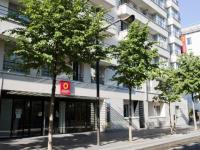 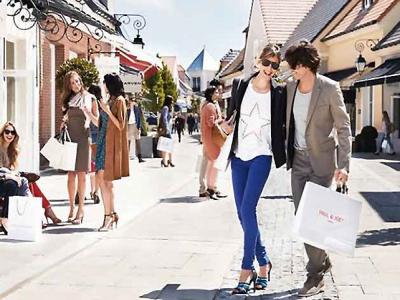 Shopping at La Vallée Village – Transport from central Paris included
Entertainment in Paris
25 €
Opt for a day of shopping at the vallée village outlets, a unique location in france located close to the capital! Close to Paris, La Vallée Village offers you a pleasant, open-air experience, its small streets lined with shops and several…
Located 130 yd away from the Church Saint-Roch
Favourite Guided Tour of the Louvre – Skip-the-line ticket for 9: 30am
9.2
18
Culture and education in Paris
69 €
Explore the largest museum in paris, which houses historic works of art including the world-famous "mona lisa".   Whatever your interests – from the ancient Mediterranean civilizations to the early 19th century – if you love art, you are sure…
Located 130 yd away from the Church Saint-Roch
Favourite Guided Tour of the Palace of Versailles (morning trip) – Skip-the-line tickets
8.5
4
Culture and education in Paris
89 €
Set off to spend a morning exploring the splendid palace of versailles, once home to louis xiv, the sun king, and now listed as a unesco world heritage site! The wealth of artistic and architectural treasures is a real feast for the eyes. Your…
Located 130 yd away from the Church Saint-Roch
Favourite
All leisure activities around the Church Saint-Roch Lumen
9.3
1003
Italian restaurant in Paris
60 € per person
PARIS 1st - The Lumen restaurant awaits you in the street in the heart of the Pyramids of the 1st district. You can find around many icons and Parisian monuments such as the Jardin des Tuileries or the Louvre. MENU - This upscale restaurant…
Located 110 yd away from the Church Saint-Roch
Favourite Les Chambres de Sacaly
9.6
6
House with 2 bedrooms in Saclay
75 € per double room
Véronique and Pierre Brandeis welcome you all year long in their lovely house in the heart Essonne. Friendliness, warmth, authenticity, all combine to make their bed and breakfast a place of relaxation and comfort in pleasant surroundings. Close…
Located 11.9 mi away from the Church Saint-Roch
Favourite 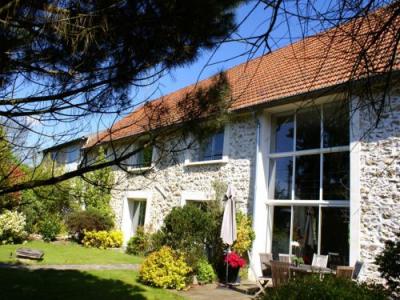 La Grange de Coupieres
9.0
7
House with 3 bedrooms in Gif-sur-Yvette
80 € to 90 € per double room
At the heart of the Chevreuse Valley in the old hamlet of Gif / Yvette, a contemporary renovation of a barn architect of the 18th century. Outside : the charm of the stone Inside : beams 200 years of age, teak flooring, French windows. Paris…
Located 14.6 mi away from the Church Saint-Roch
Favourite
All bed & breakfasts around the Church Saint-Roch

Paris, Luxembourg Gardens, Apartment 96 m
Apartment for 4 people in Paris
96 m², 2 bedrooms
1200 € to 1440 € per week
You look for accommodation in Paris to visit Paris Area (Versailles, Disney,...) or to accommodate your family or friends for a few days. We offer our apartment located in the 6th, near the Luxembourg Gardens. 1st floor, entrance, large living…
Located 1.2 mi away from the Church Saint-Roch
Favourite Gîte Magnolia
Apartment for 2 people in Corbeil-Essonnes
24 m², 1 bedroom
310 € per week
The Magnolia cottage is ideally located between Versailles (40 km), Disneyland (50 km), Paris and Fontainebleau (34 km). Small charming apartment located in a beautiful family home in the heart of the city, a few minutes from the train station…
Located 18.8 mi away from the Church Saint-Roch
Favourite
All vacation rentals around the Church Saint-Roch

Camping de Paris
8.3
22
Campsite in Paris
510 pitches on 7ha
2810 € to 4080 € per day (2 pers / tent / car)
Right in the green center of Bois de Boulogne along the river Seine. The campsite of Paris extends over an area of 7ha. An ideal place to go and visit Paris. 510 pitches are available on this beautiful green area. Come with your tent, caravan…
Located 4.4 mi away from the Church Saint-Roch
Favourite Huttopia Versailles
8.6
8
Campsite in Versailles
180 pitches on 4ha
2750 € to 44 € per day (2 pers / tent / car)
Versailles camping (Ile-de-France region) enables you and your family to visit the historic town of Versailles, its Château, yet you can also escape to Paris (station rer C Porchefontaine which is accessible from the camping on foot, and be…
Located 9.2 mi away from the Church Saint-Roch
Favourite
All campsites around the Church Saint-Roch 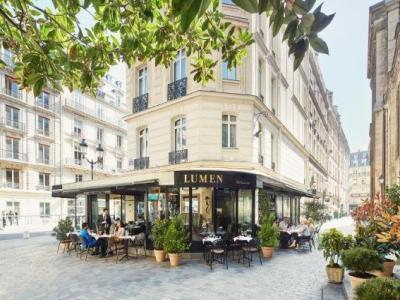 Hotel Lumen Paris Louvre
8.5
153
Hotel in Paris
Room from 164 €
This elegant hotel is located in central Paris, just a 5-minute walk from The Louvre Museum. The hotel offers a bar and restaurant with terrace. Free Wi-Fi is provided. Guest rooms at the Hotel Lumen Paris Louvre have a Neo-Baroque décor and…
Located 110 yd away from the Church Saint-Roch
Favourite 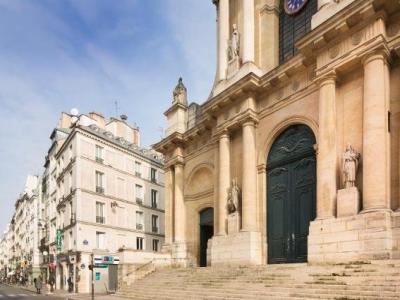 Hôtel Londres Saint Honoré
8.1
918
Hotel in Paris
Just 400 metres from the Louvre Museum and the Tuileries Gardens, this hotel is a 5-minute walk from Place Vendome, public parking and 2 metro lines. It proposes soundproofed rooms with free Wi-Fi. The air-conditioned rooms include a flat-screen…
Located 110 yd away from the Church Saint-Roch
Favourite 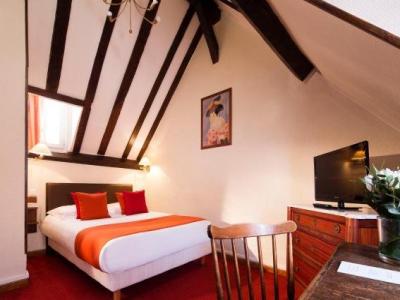 Hôtel Saint Roch
7.7
376
Hotel in Paris
Room from 91 €
Set in the very centre of Paris, this hotel is just a 5-minute walk from the Louvre Museum and its Tuileries Gardens. It offers a 24-hour reception, free Wi-Fi and air conditioning. The rooms at Hôtel Saint Roch are decorated in a classic style…
Located 110 yd away from the Church Saint-Roch
Favourite
All hotels around the Church Saint-Roch