The Expiatoire chapel is located at 29 rue Pasquier, in the 8th arrondissement of the capital.

It was built from 1815 to 1826 on the site of the former Madeleine cemetery where King Louis XVI and his wife Marie Antoinette were first buried in 1793 after being guillotined. Their remains were later transferred to the Basilica of St. Denis in 1815.

It was King Louis XVIII who commissioned the work of this memorial to architect Pierre-François-Léonard Fontaine, who was assisted by his pupil Louis-Hippolyte Bas.

Classified since 1914, the late neoclassical building includes a closed enclosure with gate that gives access to an esplanade framed by cloister galleries, and at the bottom of which a portico allows to enter the chapel itself. In the shape of a Greek cross, it is surmounted by a cupola resting on pendants and half-cupolas supported by vaults in cul-de-four decorated with oculus. These are the only openings in the chapel which benefits from a singular natural lighting.

A black and white marble altar symbolizes the exact place where Louis XVI was buried, bas-reliefs and sculptures depicting the king and queen being also visible in the chapel.

Since 1862, a park has been built around the monument, which later became the Louis XVI square. It is in itself a green space synonymous with serenity in this district of Paris.

Now a national monument, the site is only open to worship on January 21 at Masses commemorating the death of the King.

During the year, temporary exhibitions are hosted, included in the visit itinerary.

Open Tuesday to Saturday from April to September, Tuesdays, Thursdays, Fridays and Saturdays from October to March. Price: 5 and 8 euros. Information on +33 1 42 65 35 80. 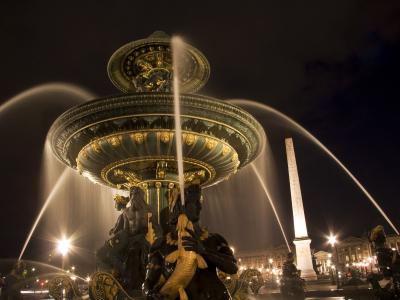 Open-Top Bus Tour of the Paris Illuminations
9.0
4
Entertainment in Paris
27 €
Evenings in the french capital have their own special atmosphere and sights to discover.. ​. see the magical side of paris with this open-top bus tour!. Gliding through the lively streets with the Eiffel Tower glittering in the distance is an…
Located 500 yd away from the Chapel Expiatoire
Favourite Perfume creating workshop - Fragonard Perfume Museum Paris
Arts and Crafts in Paris
95 €
Step into the shoes of an apprentice perfumer during this workshop and make your own personalised cologne with hints of citrus and orange blossom aromas! During a fun workshop hosted by a perfume professional, you wil learn to discover different…
Located 630 yd away from the Chapel Expiatoire
Favourite Queue-jump Opéra Garnier ticket - Access to the temporary and permanent expositions
10
1
Culture and education in Paris
15 €
Enter the impressive opéra garnier and discover all its mysteries with this free access to all the expositions! Opéra Garnier is one of the most beautiful structures in Paris! Its construction had been decided by Napoléon III and then, short…
Located 670 yd away from the Chapel Expiatoire
Favourite
All leisure activities around the Chapel Expiatoire Anjou 57
9.0
46
French cuisine restaurant in Paris
25 € per person
Located 110 yd away from the Chapel Expiatoire
Favourite Le Louis XVI
8.9
1803
French cuisine restaurant in Paris
45 € per person
TRADI At 8th PARIS - Fully renovated in 2017, Louis XVI approved master restaurateur since the same year. Passion leads the team for producers and artisans who practice the old gestures, without industrial processes or adding chemical ingredients. SIDE…
Located 110 yd away from the Chapel Expiatoire
Favourite
All restaurants around the Chapel Expiatoire

Studio Gabrielle
9.8
5
Apartment with 1 bedroom in Paris
85 € to 100 € per double room
For business or vacation in Paris, we propose a comfortable studio for. Rent close to Place de la Nation on a daily, weekly or a long-weekend basis. Completely renovated in 2008, this studio located on the 5th and top floor (same as the owners)…
Located 4.1 mi away from the Chapel Expiatoire
Favourite

Les Chambres de Sacaly
9.6
6
House with 2 bedrooms in Saclay
75 € per double room
Véronique and Pierre Brandeis welcome you all year long in their lovely house in the heart Essonne. Friendliness, warmth, authenticity, all combine to make their bed and breakfast a place of relaxation and comfort in pleasant surroundings. Close…
Located 12.1 mi away from the Chapel Expiatoire
Favourite
All bed & breakfasts around the Chapel Expiatoire

Paris, Luxembourg Gardens, Apartment 96 m
Apartment for 4 people in Paris
96 m², 2 bedrooms
1200 € to 1440 € per week
You look for accommodation in Paris to visit Paris Area (Versailles, Disney,...) or to accommodate your family or friends for a few days. We offer our apartment located in the 6th, near the Luxembourg Gardens. 1st floor, entrance, large living…
Located 1.8 mi away from the Chapel Expiatoire
Favourite

Gîte Magnolia
Apartment for 2 people in Corbeil-Essonnes
24 m², 1 bedroom
310 € per week
The Magnolia cottage is ideally located between Versailles (40 km), Disneyland (50 km), Paris and Fontainebleau (34 km). Small charming apartment located in a beautiful family home in the heart of the city, a few minutes from the train station…
Located 19.5 mi away from the Chapel Expiatoire
Favourite
All vacation rentals around the Chapel Expiatoire

Camping de Paris
8.3
22
Campsite in Paris
510 pitches on 7ha
2810 € to 4080 € per day (2 pers / tent / car)
Right in the green center of Bois de Boulogne along the river Seine. The campsite of Paris extends over an area of 7ha. An ideal place to go and visit Paris. 510 pitches are available on this beautiful green area. Come with your tent, caravan…
Located 3.9 mi away from the Chapel Expiatoire
Favourite Huttopia Versailles
8.6
8
Campsite in Versailles
180 pitches on 4ha
15 € to 25 € per day (2 pers / tent / car)
Versailles camping (Ile-de-France region) enables you and your family to visit the historic town of Versailles, its Château, yet you can also escape to Paris (station rer C Porchefontaine which is accessible from the camping on foot, and be…
Located 9.2 mi away from the Chapel Expiatoire
Favourite
All campsites around the Chapel Expiatoire 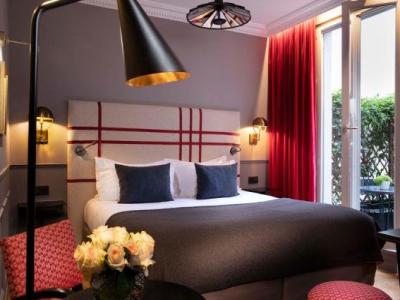 Hotel Monsieur
8.9
460
Hotel in Paris
Located in Paris, 900 metres from Opéra Garnier, Hotel Monsieur boasts a fitness centre and hammam. Free WiFi is available throughout the property. A flat-screen TV, as well as an iPod docking station are available. Each room offers a private…
Located 110 yd away from the Chapel Expiatoire
Favourite Best Western Plus Hotel Sydney Opera
9.2
740
Hotel in Paris
Room from 118 €
Located in the 8th District in Paris, 600 metres from Opéra Garnier, Best Western Plus Hotel Sydney Opera features air-conditioned rooms and free WiFi throughout the property. The rooms come with a flat-screen TV with satellite channels. The…
Located 110 yd away from the Chapel Expiatoire
Favourite 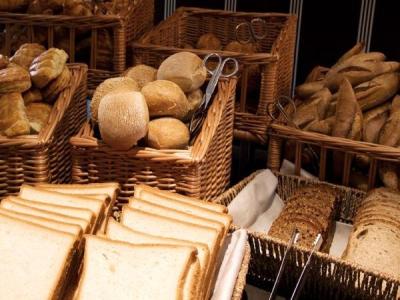 Le Mathurin Hotel & Spa
8.8
781
Hotel in Paris
Room from 119 €
Le Mathurin Hotel & Spa is a 4-star hotel located in central Paris, a 8-minute walk from La Madeleine and Opera Garnier. It features a spa Nuxe with a hot tub, a hammam and a steam room. Massages can also be requested at an extra charge. The…
Located 110 yd away from the Chapel Expiatoire
Favourite
All hotels around the Chapel Expiatoire