The Paris stock exchange is located rue de Viarmes, in the 1st district of the capital, in the heart of the district of Les Halles.

At this place rose initially the mansion of Soissons, built in the thirteenth century, which had as owner including King Saint Louis. In 1718, the building became the possession of Prince Victor Amedee of Savoy. In 1720 he sheltered there the stock exchange of Paris but must resell the mansion in 1740, ruined by the bankruptcy of Law.

The provost of Paris bought the site, shaved the hotel of Soissons and from 1763, a large wheat market is built according to the plans of the architect Nicolas Camus de Mezieres. It replaces the old hall that had built Philippe Auguste.

The building near the Seine, which is considered more practical, is composed of two concentric galleries open on the outside by 24 arcades, surmounted by a vaulted attic. The set has a circumference of 122 m.

The building became the Paris Commerce Exchange in 1885.

Meanwhile, in 1783, a frame dome with glass frames covered with copper was built to protect stocks from the weather. Burned in 1802, it was replaced by a new dome just as modernist for the time (copper, glass).

Owned by the city's Chamber of Commerce at the end of the 19th century, the building was no longer dedicated to preserving stocks of wheat, but became a stock exchange. Stones on the outside and bricks on the inside were then placed on the building, the ornaments of which were preserved (columns), as well as the majestic stairs.

The stock exchange continued its activity until the twentieth century (it bought or sold goods and not securities and capital, financial transactions that took place at the Palais Abrogation).

The dome and its decoration were classified in 1986 and restoration works initiated in 1989.

In 2016, the activities of the Chamber of Commerce having been transferred, the businessman François Pinault and the town hall of Paris find an agreement for the building to eventually house part of the art collections of the Pinault Foundation.

New work is then undertaken so that the old stock exchange can highlight through permanent and temporary exhibitions the treasures of contemporary art acquired by François Pinault. 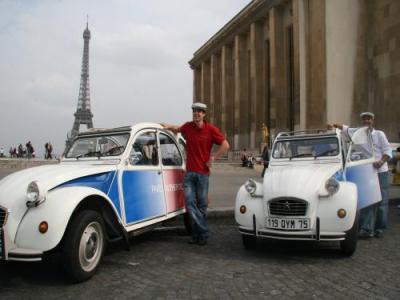 The "Tour de France" of Wine (in English)
Local flavours in Paris
59 €
This masterclass will take you on a "tour de france" of wine, lasting 2 hours! A qualified sommelier will be waiting to welcome you and share their knowledge of the world of wine. This masterclass is specially designed for wine lovers. If you…
Located 220 yd away from: Bourse de commerce
Favourite Dinner & Wine Tasting (in English)
Local flavours in Paris
99 €
Paris is the capital of wine and cuisine. So what could be better than a traditional french meal and a wine-tasting session? Learn all about the secrets and subtleties of this exquisite beverage from a qualified sommelier. If you love wine and…
Located 220 yd away from: Bourse de commerce
Favourite
All leisure activities around : Bourse de commerce Aux 2 Écus
7.7
134
French cuisine restaurant in Paris
26 € per person
ETERNAL PARIS - If you had to define Parisian chic for Bistro, it could serve as an example. A tree-lined square, a refined decoration and an efficient and friendly staff, that's all you need for a deserved break between the Louvre and Les Halles. TRADITIONAL…
Located 110 yd away from: Bourse de commerce
Favourite Studio Gabrielle
9.8
5
Apartment with 1 bedroom in Paris
85 € to 100 € per double room
For business or vacation in Paris, we propose a comfortable studio for. Rent close to Place de la Nation on a daily, weekly or a long-weekend basis. Completely renovated in 2008, this studio located on the 5th and top floor (same as the owners)…
Located 3 mi away from: Bourse de commerce
Favourite

Les Chambres de Sacaly
9.6
6
House with 2 bedrooms in Saclay
75 € per double room
Véronique and Pierre Brandeis welcome you all year long in their lovely house in the heart Essonne. Friendliness, warmth, authenticity, all combine to make their bed and breakfast a place of relaxation and comfort in pleasant surroundings. Close…
Located 12.1 mi away from: Bourse de commerce
Favourite
All bed & breakfasts around : Bourse de commerce

Paris, Luxembourg Gardens, Apartment 96 m
Apartment for 4 people in Paris
96 m², 2 bedrooms
1200 € to 1440 € per week
You look for accommodation in Paris to visit Paris Area (Versailles, Disney,...) or to accommodate your family or friends for a few days. We offer our apartment located in the 6th, near the Luxembourg Gardens. 1st floor, entrance, large living…
Located 1.2 mi away from: Bourse de commerce
Favourite

Gîte Magnolia
Apartment for 2 people in Corbeil-Essonnes
24 m², 1 bedroom
310 € per week
The Magnolia cottage is ideally located between Versailles (40 km), Disneyland (50 km), Paris and Fontainebleau (34 km). Small charming apartment located in a beautiful family home in the heart of the city, a few minutes from the train station…
Located 18.5 mi away from: Bourse de commerce
Favourite
All vacation rentals around : Bourse de commerce

Camping de Paris
8.3
22
Campsite in Paris
510 pitches on 7ha
2810 € to 4080 € per day (2 pers / tent / car)
Right in the green center of Bois de Boulogne along the river Seine. The campsite of Paris extends over an area of 7ha. An ideal place to go and visit Paris. 510 pitches are available on this beautiful green area. Come with your tent, caravan…
Located 4.9 mi away from: Bourse de commerce
Favourite Huttopia Versailles
8.6
8
Campsite in Versailles
180 pitches on 4ha
15 € to 25 € per day (2 pers / tent / car)
Versailles camping (Ile-de-France region) enables you and your family to visit the historic town of Versailles, its Château, yet you can also escape to Paris (station rer C Porchefontaine which is accessible from the camping on foot, and be…
Located 9.5 mi away from: Bourse de commerce
Favourite
All campsites around : Bourse de commerce 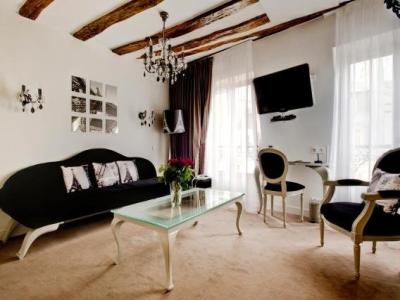 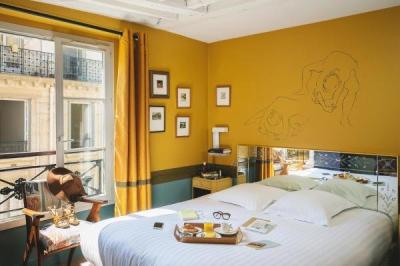 Hôtel Crayon by Elegancia
8.0
301
Hotel in Paris
Hôtel Crayon is located in the very centre of Paris, 500 metres from the Louvre and a 5-minute walk from Châtelet-Les Halles Metro Station. Decorated like an artist studio, it also offers free Wi-Fi access. Guest rooms at Hôtel Crayon are air-conditioned…
Located 180 yd away from: Bourse de commerce
Favourite 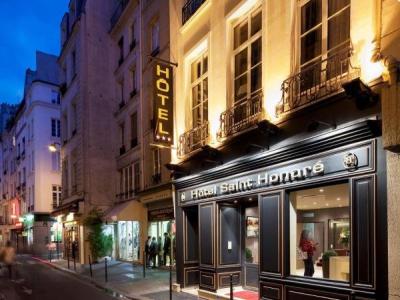 Hotel Saint Honore
7.6
390
Hotel in Paris
Room from 152 €
This hotel is located on the Rue Saint Honoré in the centre of Paris, 300 metres from the Louvre Museum. It offers air-conditioned and soundproofed rooms with free WiFi access. Each room has a flat-screen TV with satellite channels and a private…
Located 200 yd away from: Bourse de commerce
Favourite
All hotels around : Bourse de commerce