The Bastille was a fortress and prison located at the current outlet of the Rue Saint-Antoine on the Place de la Bastille, at the limit of the 4th and 11th arrondissements of the capital.

At first simple strong house or bastide, it becomes a real castle in the city in the fourteenth century. From the reign of Louis XI, the building serves as both garrison and place of detention.

On July 14, 1789, this symbol of royal power in the center of Paris was stormed during a popular riot. The aim of the revolt is to seize weapons and ammunition (especially powder) stored in the Bastille.

The day after this historic day, the building is dismantled.

July 14, 1790, the first anniversary of the taking of the Bastille coincides with the feast of the Federation and this day will remain that of the National Day in France.

Several elements of the old fortress have been preserved and preserved, like its carillon which is housed at the European museum of campanaire art of L'Isle-Jourdain, in the Gers.

Unearthed during the construction of the metro, in 1899, the foundations of the Liberty Tower where the Marquis de Sade was held were transferred and restored in the square Henri Galli. In addition, wall elements are visible and exposed behind panes in the Bastille metro station (line 5).

Finally, a specific pavement on the west side of the square indicates the initial location of the fortress.

For visitors and tourists, a terminal with 3D screen installed at the corner of the Boulevard Richard-Lenoir can view the Bastille as it appeared in the fifteenth century. Price: 2 euros. Information on +33 6 80 12 89 26. 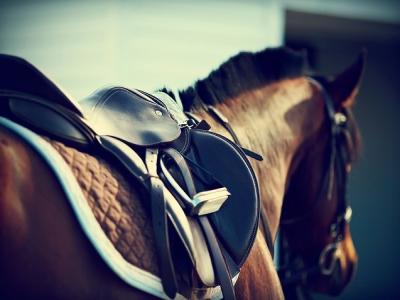 Guided Tour of the Republican Guard's Cavalry Site (French only)
9.3
3
Culture and education in Paris
14 €
Discover the training grounds of the republican guard's cavalry regiment on a guided tour of the site, located in the very heart of paris. Your guide will take you to the historic stables, refurbished as a museum presenting the history of the…
Located 460 yd away from: Bastille
Favourite Guided Walking Tour of Le Marais – Paris's historic quarter
Culture and education in Paris
11 €
Walk around the marais historic district for 1 HOUR 30 minutes and learn all about its history with your guide. Your walk will start with the capital's oldest Jesuit art heritage, Saint-Paul Saint-Louis Church, the religious building built under…
Located 720 yd away from: Bastille
Favourite Guided Tour of the Jardin des Plantes in Paris
Entertainment in Paris
69 €
Discover the jardin des plantes and its secrets with an expert guide! The Jardin des Plantes is a botanical garden located in the heart of Paris, created 400 years ago to aid scientific research.  Your guide Roberto is a real expert on this…
Located 1160 yd away from: Bastille
Favourite
All leisure activities around : Bastille L´Arsenal Bastille
Market cuisine restaurant in Paris
25 € per person
Located 130 yd away from: Bastille
Favourite
All restaurants around : Bastille

Studio Gabrielle
9.8
5
Apartment with 1 bedroom in Paris
85 € to 100 € per double room
For business or vacation in Paris, we propose a comfortable studio for. Rent close to Place de la Nation on a daily, weekly or a long-weekend basis. Completely renovated in 2008, this studio located on the 5th and top floor (same as the owners)…
Located 1.7 mi away from: Bastille
Favourite

Les Chambres de Sacaly
9.6
6
House with 2 bedrooms in Saclay
75 € per double room
Véronique and Pierre Brandeis welcome you all year long in their lovely house in the heart Essonne. Friendliness, warmth, authenticity, all combine to make their bed and breakfast a place of relaxation and comfort in pleasant surroundings. Close…
Located 12.4 mi away from: Bastille
Favourite
All bed & breakfasts around : Bastille

Paris, Luxembourg Gardens, Apartment 96 m
Apartment for 4 people in Paris
96 m², 2 bedrooms
1200 € to 1440 € per week
You look for accommodation in Paris to visit Paris Area (Versailles, Disney,...) or to accommodate your family or friends for a few days. We offer our apartment located in the 6th, near the Luxembourg Gardens. 1st floor, entrance, large living…
Located 1.8 mi away from: Bastille
Favourite

Gîte Magnolia
Apartment for 2 people in Corbeil-Essonnes
24 m², 1 bedroom
310 € per week
The Magnolia cottage is ideally located between Versailles (40 km), Disneyland (50 km), Paris and Fontainebleau (34 km). Small charming apartment located in a beautiful family home in the heart of the city, a few minutes from the train station…
Located 17.5 mi away from: Bastille
Favourite
All vacation rentals around : Bastille

Camping de Paris
8.3
22
Campsite in Paris
510 pitches on 7ha
2810 € to 4080 € per day (2 pers / tent / car)
Right in the green center of Bois de Boulogne along the river Seine. The campsite of Paris extends over an area of 7ha. An ideal place to go and visit Paris. 510 pitches are available on this beautiful green area. Come with your tent, caravan…
Located 6.1 mi away from: Bastille
Favourite Huttopia Versailles
8.6
8
Campsite in Versailles
180 pitches on 4ha
15 € to 25 € per day (2 pers / tent / car)
Versailles camping (Ile-de-France region) enables you and your family to visit the historic town of Versailles, its Château, yet you can also escape to Paris (station rer C Porchefontaine which is accessible from the camping on foot, and be…
Located 10.3 mi away from: Bastille
Favourite
All campsites around : Bastille 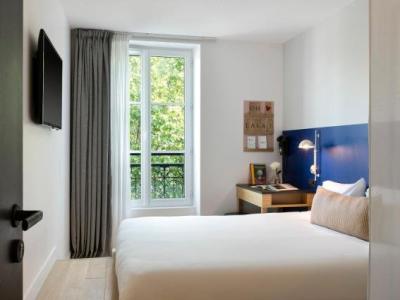 Hôtel Royal Bastille
5.8
702
Hotel in Paris
Room from 76 €
Hôtel Royal Bastille is located in central Paris, just 20 metres from the Place de la Bastille. It offers rooms with free Wi-Fi access and flat-screen TVs with cable channels. The guest rooms and suites at the Royal Bastille are all soundproofed…
Located 150 yd away from: Bastille
Favourite 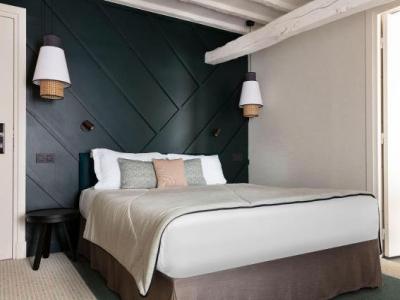 Hotel Bastille Speria
8.4
658
Hotel in Paris
The Speria Hotel is located in the trendy Marais district, between Bastille and the Vosges Squares. It offers 24-hour reception and modern style accommodations with air conditioning and satellite TV. The Bastille Speria provides rooms with en…
Located 160 yd away from: Bastille
Favourite
All hotels around : Bastille