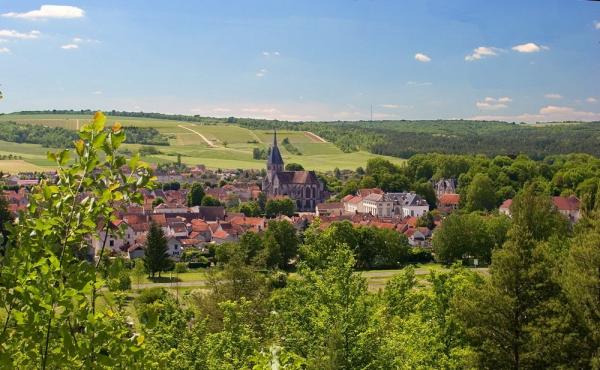 Mussy-sur-Seine is a commune of the Aube, in the Grand Est region, 50 km south-east of Troyes, on the edge of the Côte d'Or.

Delicately hilly, ranging from 152 to 339 m altitude, the territory of the locality that crosses the Seine ensures the transition between Champagne and Burgundy.

A Gallo-Roman village was established in ancient times in a meander of the river but it is in the Middle Ages that the town develops, endowed with fortifications by its lords, the bishops of Langres, and a magnificent collegiate church with majestic dimensions.

Labeled city of character, the town has preserved from this period a heritage of the first order. It is also famous for its vineyards belonging to the Champagne appellation and its cheese tradition.

High place of the Resistance during the Second World War, Mussy-sur-Seine which has a good thousand inhabitants is a pleasant and popular stage for green tourism enthusiasts.

Classified as a Historical Monument since 1840, the Saint-Pierre-ès-Liens church, built in the 13th century, is the heritage jewel of the city. It originally had the rank of collegiate, led by a chapter of 13 canons. Its Gothic style (with the exception of the side chapels added in the 16th century), its imposing dimensions evoking a cathedral and its interior furniture (funerary slab of the 14th century, painted altarpiece composed of five parts, sculpture of the Holy Trinity in polychrome limestone of the 15th century) obviously justify a visit. The building remains open to the public despite a major restoration campaign initiated in 2008.

Remains of the former summer palace of the bishops of Langres (at the current town hall), a cross of Pitié (Calvary) of the 15th century, the former house of the Canons (16th century) and an amazing salt granary from 15th, also mark a walk in the medieval heart of the small city with picturesque streets and tangled houses that still dominate some elements of the twelfth century ramparts, as well as old defense towers (like the so-called Boulevard).

Finally, a 17th century cooler that kept the bishops' food during their summer stays and a 15th century salt loft are still evidence of this rich past.

More recent, a walk lined with linden trees (eighteenth century) and restored market in the nineteenth complete the picture!

Witness of a much more contemporary history, the Museum of the Resistance of Mussy evokes the tragedy of the maquis of Mussy-Grancey, also known maquis Montcalm, formed in June 1944 and attacked by the German army at the beginning of August following. The establishment labeled "Museum of France" is the subject of a complete rehabilitation and modernization of its museum. It will reopen in late 2019 and in addition to highlighting local episodes of resistance, it will better present in general aspects of the Second World War in the region and the daily lives of people under occupation. Information on +33 3 25 38 42 08.

Always on the cultural level, to note that the library of the commune proposes regularly readings and animations, in particular on the topic of the inheritance. Information on +33 3 25 29 65 46.

Then place to recreation "nature" and in particular the many possible hikes, at departure or in the neighborhood of the village. Circuits obviously include vineyard plots (possible cellar visits) and others are dedicated to the history of the maquis.

The first Saturday of June, July, August and September, guided torchlight tour of the medieval center of Mussy from 20:45 (free access). 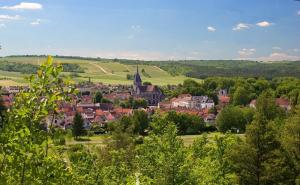 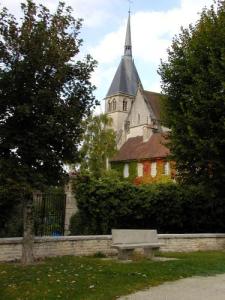 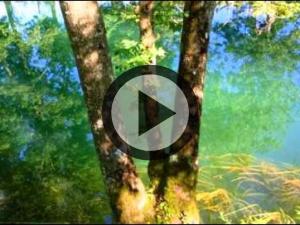 Overview of the medieval village of Mussy-sur-Seine
See photo

All leisure activities around Mussy-sur-Seine Seine in Bubbles
10
9
House with 5 bedrooms in Merrey-sur-Arce
68 € to 98 € per double room
Marina & Luigi are happy to welcome you to Seine in bubbles in their home along the Seine 2 minutes from Bar center on Seine in South Champagne region in the Côte des Bar in a green where you can enjoy the park and seine River. Canoe and boat…
Located 10.3 mi from Mussy-sur-Seine
Favourite 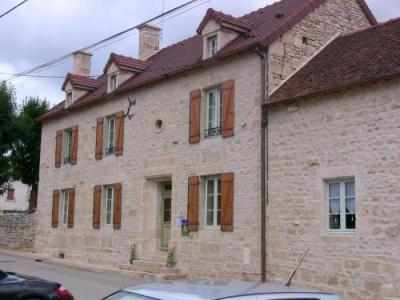 Chambres d'hôtes L'Etrier
9.9
39
House with 3 bedrooms in Coulmier-le-Sec
80 € per double room
Ideally located on the border of Burgundy and Champagne, in the heart of the Côte d'Or (department 21) in the Dry Coulmier between Montbard and Chatillon sur Seine. The stapes is the ideal meeting point for lovers of good wines, but also for…
Located 15.9 mi from Mussy-sur-Seine
Favourite 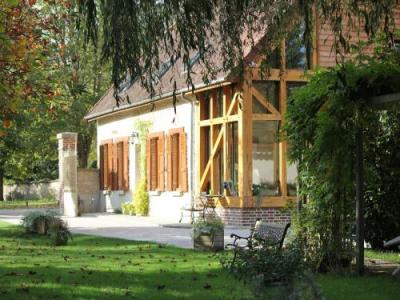 La Croix Saint Jean
9.5
32
House with 2 bedrooms in Fouchères
65 € to 75 € per double room
Cross Saint John is a family home stone, situated in a charming village on the Seine, in a natural resting. The proximity of the medieval town of Troyes, its outlets, the Regional Park of the Forêt d'Orient and the Champagne vineyards, makes…
Located 16 mi from Mussy-sur-Seine
Favourite
All bed & breakfasts around Mussy-sur-Seine 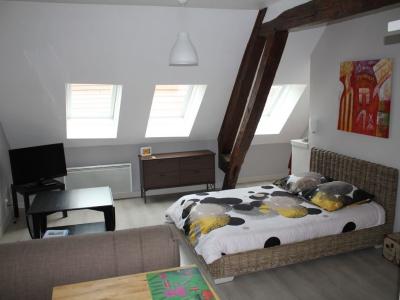 Azekah
9.5
6
Apartment for 4 people in Bar-sur-Seine
37 m², 1 bedroom
240 € to 330 € per week
Located in downtown shops in Bar sur Seine, south gate of Champagne, Azekah 2 is a studio of 37 m² equipped for four people on the second floor of a house half-timbered sixteenth century. For your business or tourist trip, this highly functional…
Located 10.9 mi from Mussy-sur-Seine
Favourite 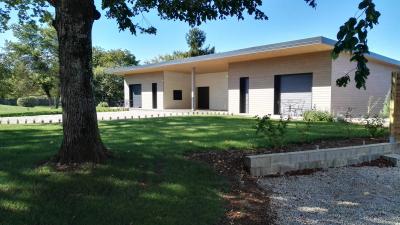 Residence de la Garenne
House for 60 people in Ampilly-le-Sec
830 m², 15 bedrooms
The Residence de la Garenne is a property of 12,000 m² in the countryside 5 minutes from Chatillon sur Seine in a wooded park and closed. 3 lodgings of 90 m² ground floor adapted pmr, very comfortable and quiet are available with 2 bedrooms…
Located 11.5 mi from Mussy-sur-Seine
Favourite 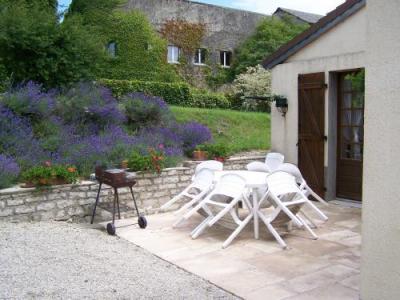 Le Relais des Verriers
9.3
8
House for 6 people in Bligny
90 m², 3 bedrooms
230 € to 420 € per week
Cottage with 2 separate accommodations, located on the Route Touristique du Champagne, wine in the village at the foot of the Château de Bligny. Hilly region with hills covered with vineyards and forests. Landion sinks to the bottom of the valley…
Located 14.4 mi from Mussy-sur-Seine
Favourite
All vacation rentals around Mussy-sur-Seine 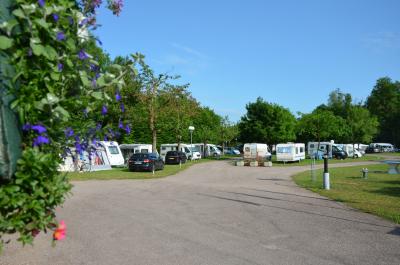 Camping La Graviére du Moulin
9.7
5
Campsite in Lézinnes
32 pitches on 1ha
764 € per day (2 pers / tent / car)
At the heart of Burgundy, Yonne, located on an island of 35,000 m², in a green setting for rest and relaxation, Gravel Mill welcomes you from March 29,2013 to October 7 2013.1er the campsite Yonne be a 2 star Tourism under the new standards…
Located 23 mi from Mussy-sur-Seine
Favourite
All campsites around Mussy-sur-Seine 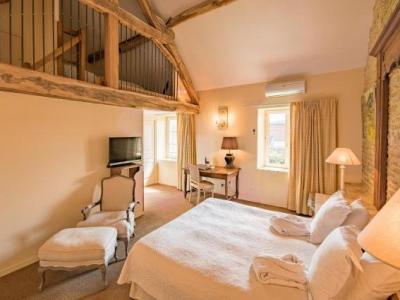 Le Marius
8.7
158
Hotel in Les Riceys
Room from 65 €
The 3-star Hotel Le Marius sits next to the church of Saint Peter in Chains in the village Les Riceys. It offers spacious guestrooms with flat-screen TV and free Wi-Fi. Le Marius has a restaurant which serves traditional and regional cuisine…
Located 6.2 mi from Mussy-sur-Seine
Favourite Le Magiot
7.7
77
Hotel in Montliot-et-Courcelles
Room from 58 €
Located in Burgundy, 2 hours from Paris and 3 hours from Lyon, close to the Wine Route, Hotel Le Magiot offers you a warm welcome. Have a restful night of sleep in one of the rooms, featuring a simple and functional decoration. Offering a calm…
Located 6.8 mi from Mussy-sur-Seine
Favourite
All hotels around Mussy-sur-Seine