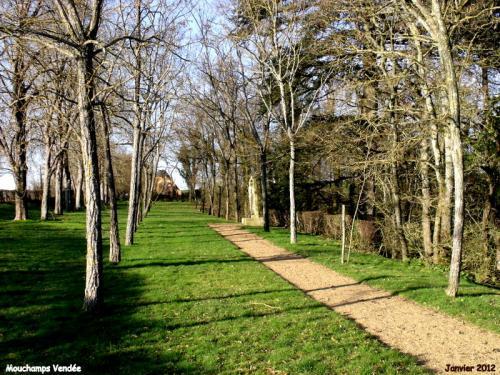 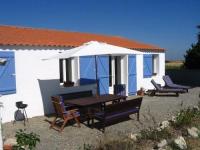 Bed & breakfasts in the Vendée
Compare reviews, photos and rates with an interactive map. Promotions and weekend offers.
Compare offers

Located in the Vendée, Mouchamps is located 20 km from the Puy du Fou.

Perched on a rocky outcrop, overlooking the river Mouchamps Petit-Lay.

Prehistoric presence is attested by the discovery of flint and polished axes at a place called "The Glass".

The old parish church, abandoned in the 16th century ruins, has completely disappeared. It was replaced by the present church, chapel of the castle, built in the 12th century. Around it was a fortress, a stronghold of the powerful lords of the Park-Soubise, the Lusignan, the Parthenay, then Rohan. His temple testifies to the existence of a Protestant community "heir" of the commitment of the same lords in the Reformation in the 16th century, leading to a share of the population mouchampaise with them. A few old houses that have preserved elements of Renaissance architecture, scattered throughout the town and villages, illustrate the economic heyday of the town in the late 16th century and early 17th century.

The mansions of the late 19th and early 20th century attest to the success of one class dominating the economy and politics of the town at that time. In this new century, Mouchamps then a rural town of about 3,000 inhabitants, 250 farms. In the 60's, the town goes semi-industrial stage, with the establishment of various businesses.

In recent years, Mouchamps also relies on tourism by creating the Petit Hameau du Lay (chalets and camping) and preparing to obtain the label "Small Cities of Character" by promoting its heritage and its flowers.

Bed & breakfasts in the Vendée
Compare reviews, photos and rates with an interactive map. Promotions and weekend offers.
Compare offers Vacation rentals in the Vendée
Contact the managers directly with no middleman to pay. Book your stay at an exceptionally low price!
See list

Vacation rentals in the Vendée
Contact the managers directly with no middleman to pay. Book your stay at an exceptionally low price!
See list 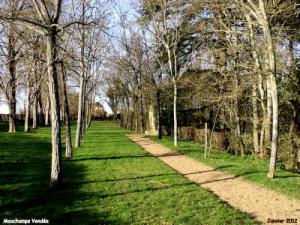 Driveway leading to the burial of Georges Clemenceau
See photo 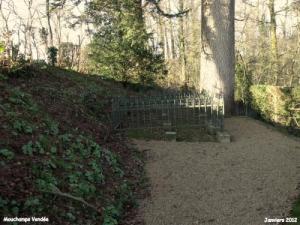 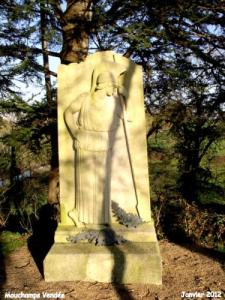 Monument erected in honor of the Tiger
See photo

All leisure activities around Mouchamps Logis du parc
10
3
House with 4 bedrooms in Saint-Fulgent
74 € to 78 € per double room
Our contemporary house style Vendée opens its doors to the comfort of your stay in Vendée. The park home offers three bedrooms downstairs including a family suite can accommodate a family of 6. Each has a separate entrance and a private terrace.…
Located 7.2 mi from Mouchamps
Favourite The tie
House with 1 bedroom in Chavagnes-les-Redoux
70 € per double room
In Vendée, near the Puy du Fou in the Vendée Sylvie Joel Mael and their son will be pleased to welcome you to the heart of a nature tranquil. Located 200 meters from Lake Rochereau, Chavagnes les Redoux, our 1900 farmhouse has been restored…
Located 7.7 mi from Mouchamps
Favourite In the charms of yesteryear
Farm with 5 bedrooms in Sèvremont
75 € to 80 € per double room
Catherine and Philippe welcome Aux Charmes d'Antan, farmhouse of the eighteenth century entirely restored to offer 5 guest rooms. Located 15 minutes from the Puy du Fou, in the hills of the Sevre Pommeraie on the farm is surrounded by greenery,…
Located 14.2 mi from Mouchamps
Favourite
All bed & breakfasts around Mouchamps 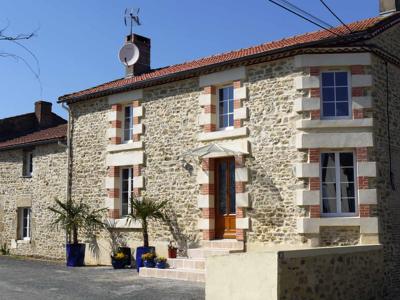 The Ammonites at Les Gites les Chaffauds
House for 6 people in Sainte-Cécile
125 m², 3 bedrooms
500 € to 1060 € per week
'Les Ammonites' is located in the quiet hamlet of Les Chaffauds, only a 30 minutes drive from the amazing Puy du Fou Parc, which is two minutes from the village of Sainte Cécile, which has a bakery, butcher, pharmacy and bar. Les Ammonites has…
Located 5.1 mi from Mouchamps
Favourite The Bibudière
House for 6 people in Le Boupère
108 m², 2 bedrooms
980 € per week
The cottage is completely renovated, it is 108 sqm has a large living room with a sofa bed for 2 people and a fully equipped kitchen (oven, hob, microwave, fridge freezer, dishwasher machine washing), a toilet, on the ground floor. The floor…
Located 7.8 mi from Mouchamps
Favourite 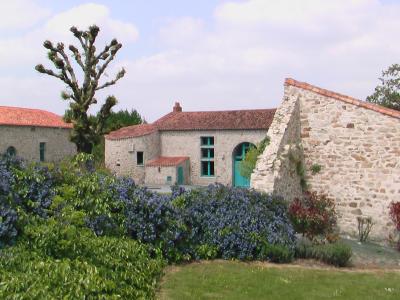 Domaine de La Godelinière
Farm for 57 people in Les Landes-Genusson
1000 m², 10 bedrooms
Group lodging - At only 20 'from PUY du FOU, the old Châtellenie de la Godelinière (15th century) offers an authentic and friendly site conducive to the organization of your stay. The estate opens onto a wooded area and green meadows bordering…
Located 13 mi from Mouchamps
Favourite
All vacation rentals around Mouchamps 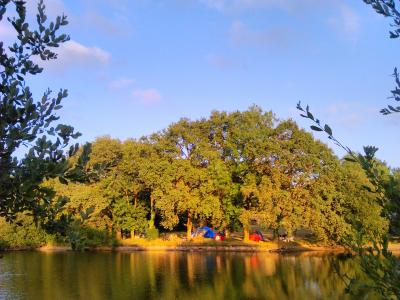 The pond of the Puy
Campsite in Saint-Mars-la-Réorthe
33 pitches on 1.5ha
10 € to 15 € per day (2 pers / tent / car)
Take a break at the natural camping area of the Puy pond after a crazy day in the park Puy du Fou ! We reserve you a warm welcome and calm for your parties. Atypical accommodation await you : tipi, safari tents, Shed, Victoria, tent cocoon,…
Located 9.5 mi from Mouchamps
Favourite 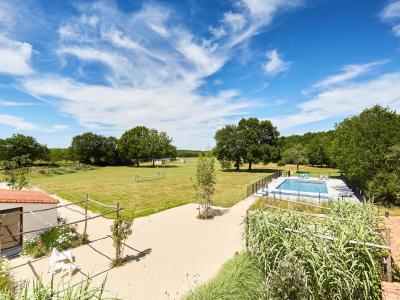 Camping Domaine de l' Oiselière
Campsite in Chauché
57 pitches on 7ha
14 € per day (2 pers / tent / car)
We are pleased to welcome you all year in our 4-star hotel in the heart of Vendée and in less than an hour from the Puy du Fou ® Park and beaches Atlantic coast. Discover a unique site of 7 hectares entirely pedestrian, unspoilt nature and a…
Located 12 mi from Mouchamps
Favourite 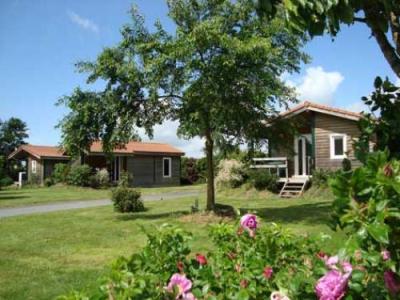 Camping le rouge gorge
SPECIAL OFFER
9.6
6
Campsite in Saint-Laurent-sur-Sèvre
94 pitches on 2ha
18 € to 25 € per day (2 pers / tent / car)
Located in the Vendée Top 9 km Puy du Fou camping le Rouge Gorge 3 stars is a great bullet on 30 sites to visit nearby. You can rent by the week or next weekend mobilhomes, chalets or tents or lodges, put your caravan or tent on a grassy pitch.…
Located 14.5 mi from Mouchamps
Favourite
All campsites around Mouchamps 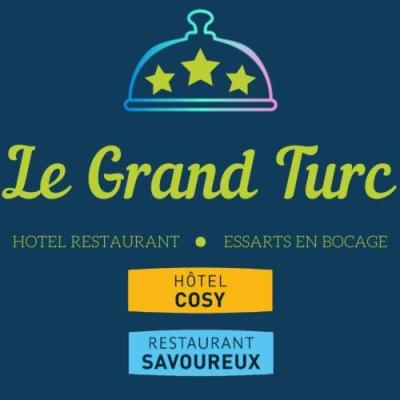 Logis Hotel Restaurant Le Grand Turc
8.6
137
Hotel in Essarts en Bocage
Room from 69 €
Le Grand Turc has an outdoor swimming pool, terrace area and gourmet restaurant. Free Wi-Fi is available throughout the hotel. The rooms have private bathrooms and equipped with a TV. All rooms are accessible by lift for guests’ convenience.…
Located 2.6 mi from Mouchamps
Favourite Auberge Le St Vincent
7.8
186
Hotel in Saint-Vincent-Sterlanges
Room from 43 €
Located in Saint Vincent Sterlanges, half an hour's drive from the Puy du Fou Theme Park and in the heart of the Vendée region, the Auberge Le Saint Vincent offers budget accommodation in a quiet and friendly atmosphere. The hotel offers a family…
Located 2.9 mi from Mouchamps
Favourite Hôtel Le Sainte Florence
7.8
359
Hotel in Essarts en Bocage
Room from 68 €
Le Sainte Florence is located in Sainte-Florence. It offers rooms with contemporary décor and equipped with free Wi-Fi access, a TV and a private bathroom. Guests can enjoy a continental breakfast, which is served daily in the breakfast room…
Located 4.2 mi from Mouchamps
Favourite
All hotels around Mouchamps