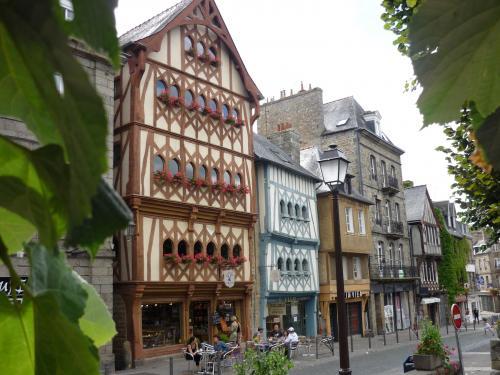 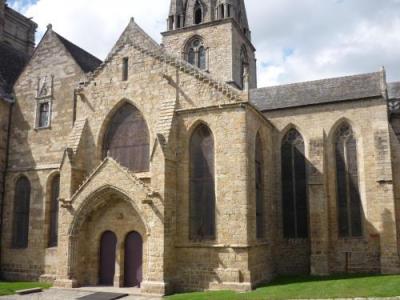 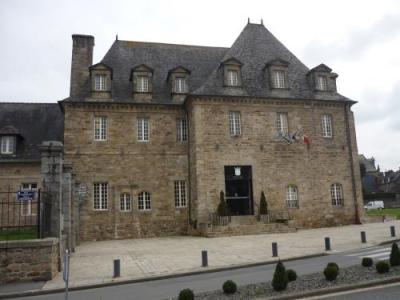 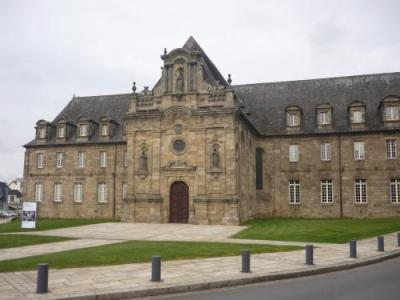 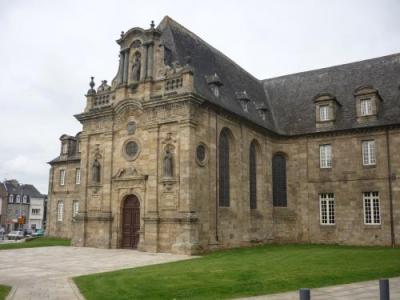 City of Cotes d'Armor in Brittany, Guingamp takes place about thirty kilometers from Saint-Brieuc, in the Tregor. It is located a hundred kilometers from Brest, near Trégonneau, Saint-Agathon and Pommerit-le-Vicomte.

Populated for many centuries, the territory of Guingamp began to really develop during the Middle Ages, when several castles were built as shown by the various archaeological campaigns locally. After participating in the Revolt of the Red Caps in 1675, the town shows a century later during the events of the French Revolution. Over the years it gradually takes the face that he knows today, illustrating particularly in the sport throughout his football team, Forward Guingamp.

Full of charm, the Breton city also has a rich architectural and historical heritage to admire the time to stay in the area.

Classified historic monument, the Basilica of Our Lady of Good Help takes place in the heart of the historic center. Simple chapel in the eleventh century, it develops in the twelfth, before having to undergo major reconstruction campaign in the thirteenth century following the collapse of part of its walls. It took the papal bull of Pope Leo XIII in 1899 for it to be erected in minor basilica. By taking the time to discover this exceptional monument, you will particularly admire the Pointed tower fifty-seven meters high, Renaissance tower built in the sixteenth century, the clock tower in the oldest part of the building, the portal Notre Dame topped with a four-lobed rosette headband, the Sainte-Jeanne gate, the door to the Duke once reserved for the noble castle, chapel baptismal fonts redeveloped in the mid nineteenth century, the St. Charles chapel Blois thirteenth century or the Virgin's chapel, the Dead, Saint-Jacques, the Treasury and the Blessed Sacrament. Hard to resist also inside the building that has a very nice mix of flamboyant, Gothic and Renaissance.

Founded in the first half of the twelfth century, the abbey Holy Cross is now listed historical monument. Created for the Canons Regular of St. Augustine, it was partly demolished in the nineteenth century. original buildings, you can still see the ruins of the abbey, the abbey house of the sixteenth century and the arch of the pedestrian entrance of the portal of the abbey dating from the eighteenth century.

Strolling through the city, be sure not to admire the town hall in a former monastery listed as historical building, the convent of the seventeenth century Ursuline listed historic monument or the beautiful chapel of St. Leonard the twelfth century that has seen many changes in the nineteenth.

Built in the fifteenth century, the rooms castle is the subject of a registration as an historic monument, as several houses sixteenth and seventeenth centuries installed in the center.

Listed building, the fountain is a must Plomée Guingamp. Built in the fifteenth century and renovated in the mid eighteenth, it serves as a gathering place for all the great events of the Breton town. 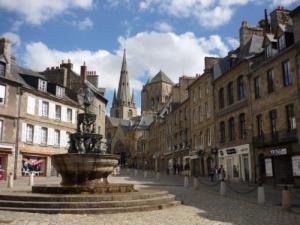 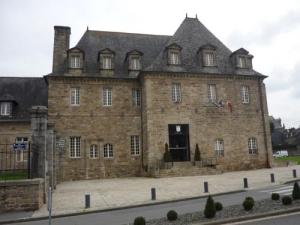 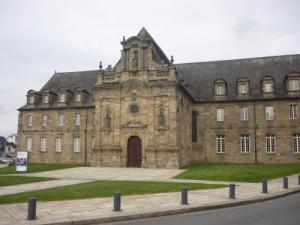 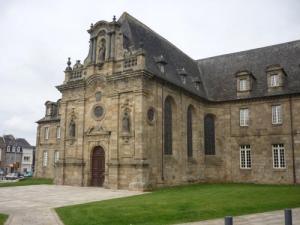 Facade of the City Hall in the Champ Roy
See photo 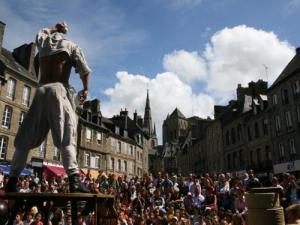 The Jeud'His of Guingamp
See photo 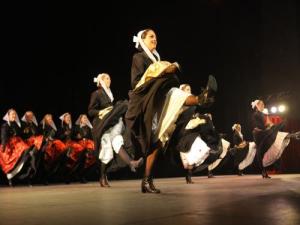 All leisure activities around Guingamp

All outings around Guingamp Le Kerado
French cuisine restaurant in Plougonver
15 € per person
We offer a menu that changes regularly, including fresh products and homemade with a market cuisine. We are open in the evening on reservation from 10 people.
Located 11.9 mi from Guingamp
Favourite Restaurant l'Accent
9.3
106
French cuisine restaurant in Lantic
20 € per person
The Accent Restaurant, run by the chef Maxime PETTRÉ, offers modern cuisine and traditional 100% home. To offer you the best products at the best price and be faithful to our beliefs, we have chosen short circuits from local producers committed…
Located 12.2 mi from Guingamp
Favourite
All restaurants around Guingamp 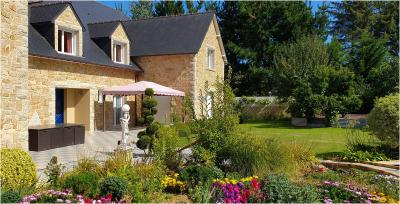 Les Centauris
10
2
Villa with 5 bedrooms in Pléguien
85 € to 95 € per double room
Welcome to the Centauris, an exceptional house offering 5 large rooms carefully decorated on the theme of travel, each equipped with a comfortable double bed, a bathroom with spa shower or bath, and separate toilets. Each room is equipped with…
Located 10 mi from Guingamp
Favourite

Les Cabanes du Jardin de pierre
Chalet with 2 bedrooms in Pléhédel
130 € per double room
Our tree-houses nestled 7 meters above the ground, in the heart of Douglas fir and an ancient beech, welcome you to a bracket suspended time !. Built in the purest respect of the surrounding nature, they will receive as a couple, with family…
Located 11.3 mi from Guingamp
Favourite 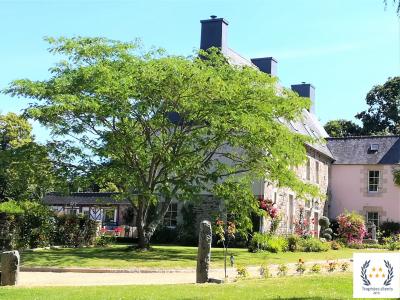 Kergroaz Maner near sea and Ile de Brehat
10
10
Manor with 3 bedrooms in Yvias
95 € to 160 € per double room
Welcome to Kergroaz Maner the perfect setting for your stay in Brittany. The Chambres d'Hôtes of Kergroaz Maner are located in the heart of the Goëlo Country, just 7 km from Paimpol and close to the island of Bréhat. You will be warmly welcomed…
Located 11.3 mi from Guingamp
Favourite
All bed & breakfasts around Guingamp Moulin de kerhonn
9.9
9
Mill for 2 people in Pommerit-le-Vicomte
79 m², 1 bedroom
550 € to 880 € per week
Old Stone Mill 17th. Century completely renovated in February 11 is a property of 4'7 hectares (prairie'verges'foret'etang) along the river, the trieux 'with private course fishing 600. appreciate meters of fly fishermen (trout, salmon). Your…
Located 4.8 mi from Guingamp
Favourite 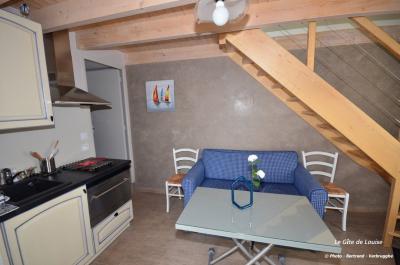 The Gite de Louise
House for 2 people in Landebaëron
35 m², 1 bedroom
350 € to 365 € per week
Between land and sea, the Gîte de Louise, very comfortable, independent and completely renovated, is ideal for a couple wishing to find peace and nature, in a rich cultural and historical environment. You will discover the Côte de Granit Rose,…
Located 5.8 mi from Guingamp
Favourite 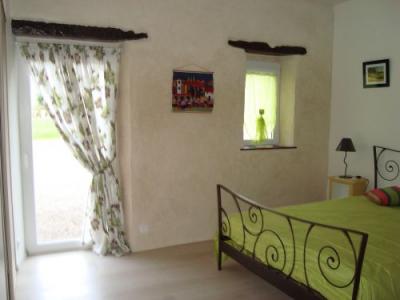 Les hortensias
10
3
House for 2 people in Châtelaudren-Plouagat
55 m², 1 bedroom
350 € to 400 € per week
Cottage 55 m ², adjoining the house propiétaires. For 2 people.
Located 7.7 mi from Guingamp
Favourite
All vacation rentals around Guingamp 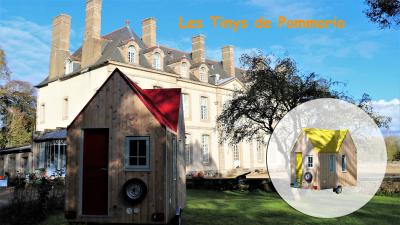 The Tinys of Pommorio
NEW
Campsite in Tréveneuc
20 pitches on 60ha
The houses of Pommorio Tinys are small comfortable houses on the grounds of a Breton castle eighteenth in the woods on the outskirts of Tréveneuc. Fully equipped with a bed, a kitchenette, solar energy - In Tinys of Pommorio, expect to spend…
Located 14.1 mi from Guingamp
Favourite 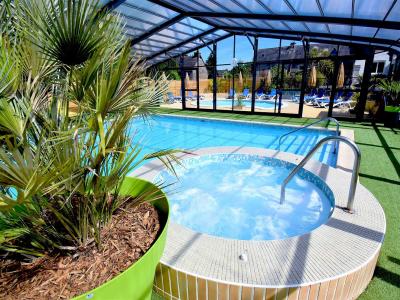 Glamping Terre & Mer
Campsite in Binic-Étables-sur-Mer
32 pitches on 4.5ha
Welcome to Glamping Terre & Mer! Our ecotourism area of ​​4.5 hectares is located in Etables-sur-Mer in Brittany between the beach of the Mill to 500 m and the trail of the Valley of the Ponto. The glamping is the authenticity of camping, hotel…
Located 15.2 mi from Guingamp
Favourite RCN Port l'Epine
NEW
Campsite in Trélévern
167 pitches on 3ha
19 € to 36 € per day (2 pers / tent / car)
RCN Port l'Epine has been voted one of the fiftieth most beautiful camping sites in France. The small-scale, family camping site in Trélévern has an exceptional location on a peninsula on the coast of Brittany, with a direct view of the Atlantic…
Located 21 mi from Guingamp
Favourite
All campsites around Guingamp 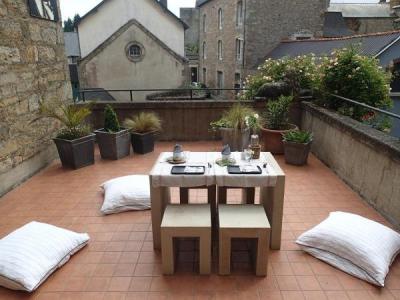 La Demeure
9.8
62
Hotel in Guingamp
Room from 78 €
Situated between Armor and Argoat, in the beautiful French countryside, just 20 minuets from the sea, is the Hotel La Demure. This former 18th-century town house has kept the charm of yesterday, but offers the comforts of today. Within the remnants…
Located Guingamp away
Favourite 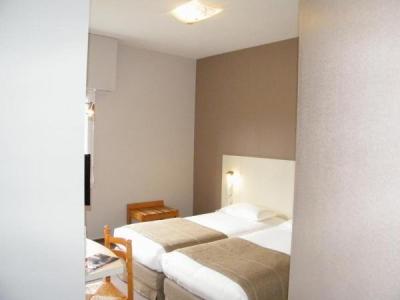 Brit Hotel Armor
8.4
148
Hotel in Guingamp
Room from 68 €
Located in Bretagne, right in the centre of charming Guingamp, a city rich in historical and natural heritage, is the affordable and accommodating Brit Hotel. The Brit Hotel Guingamp is set opposite the train station and boasts 23 cosy rooms…
Located Guingamp away
Favourite Hotel De L'Arrivée
7.4
216
Hotel in Guingamp
Room from 56 €
This hotel is ideally located opposite Guingamp Train Station and only a 5-minute walk from the city centre. It offers en suite rooms and a ground floor bar. The guest rooms at Inter-Hotel de L'Arrivée are decorated in warm, neutral tones. They…
Located Guingamp away
Favourite
All hotels around Guingamp