Leisure activities in the Aube
Organise your dream holiday in a few clicks. Search a wide range of establishments by specific criteria.
Book now

Géraudot is a town in the Aube, in Greater East region, 25 km east of Troyes.

The territory of an area of ​​16 km² belongs to the Champagne wetlands, which extends north of Argonne in Othe to south, and is now partly occupied in the south by Lake East.

Appeared in the Middle Ages, the village depends on the lordship of Aillefol and commander within the Order of St John of Jerusalem is located in the thirteenth century.

The agricultural and forest vocation of the city is upset in the 1960s when several are arranged in parallel reservoirs in the Seine to protect Paris and flood Île de France.

As of 1966 Géraudot and borders the North Lake East, large 23 km². The village of some 340 inhabitants then becomes a popular tourist site for its beach and environment conducive to hiking in the heart of Regional Natural Park of the Orient Forest.

Leisure activities in the Aube
Organise your dream holiday in a few clicks. Search a wide range of establishments by specific criteria.
Book now

Before you enjoy the lake and the surrounding forests, one step at Géraudot can begin with the discovery of his church of St. Peter and St. Paul, protected as historical monuments since 2015. Depending formerly the cathedral chapter of Troyes, the the church has a nave of the twelfth century with a wooden vault of exposed beams. The apse and transept, however, date from the sixteenth and are vaulted stone. Besides the windows of the sixteenth century, the church houses rich furnishings: the case of a polychrome altarpiece of the sixteenth century limestone polyptychs composed of five panels in the same period, citing St. Peter and St. Paul, or remarkable statues: Virgin polychrome wood with gilding the thirteenth century and limestone statues representing St. Peter and Mary. Finally, a tombstone of the seventeenth century that housed the burial places of the lord's wife is observed.

then up to Lake East, commissioned in 1966, neighboring lakes Amance and Temple. All three are the subject of protection under their biodiversity (classification as Natura 2000).

Dedicated to swimming and sailing (motorboats are prohibited), East Lake has several beaches, one of which is located on the edge of the village of Géraudot. Covered with fine sand, it lends itself to relaxation and swimming is supervised in July and August. games and picnic areas are furnished, available health, and open seasonally restore points. Free access. Information +33 3 25 41 28 30.

For sailing enthusiasts, a school with the possibility of dinghies rental is located nearby: contact at +33 3 25 42 50 00.

The banks of the lake and forests that surround the show is a paradise for hiking enthusiasts: besides the scenery and pleasant views, they take advantage of a fauna and an exceptional flora.

For hikers and bikers, the greenway connecting the lake on the outskirts of Troyes via towpaths along canals constructed, extended through green of the Seine, is a formidable field of exercise and discovery of a varied landscape, from the forest to the plain of Champagne. Information at +33 3 25 42 50 00.

Finally, we will take care to contact the House of the Regional Natural Park of the Orient Forest that program all year workshops, events, themed walks: join on 03 25433888.

On July 13, on the occasion of National Day, torchlight, dancing and fireworks.

The first weekend of October, the apple festival with intensive graphics and music.

All leisure activities around Géraudot Il Ristorante - Saint Parres aux Tertres
8.2
642
Italian restaurant in Saint-Parres-aux-Tertres
26 € per person
AN ITALIAN ? - For a meal with the accents of Italy just minutes from Troyes, we take refuge in the Italian restaurant Il Ristorante. Contemporary Deco chic strand and friendly atmosphere, transalpine flavors and tradition to honor, in Parres…
Located 14.1 km from Géraudot
Favourite Le Val Moret
8.4
224
French cuisine restaurant in Magnant
48 € per person
TROY - Just 20 minutes south of Troyes, near the Champagne vineyards of the Côte des Bar, Le Val Moret is open all year and offers quality food, after fresh and homemade. KITCHEN - Local produce and beef from the family breeding are gathered…
Located 17 km from Géraudot
Favourite
All restaurants around Géraudot 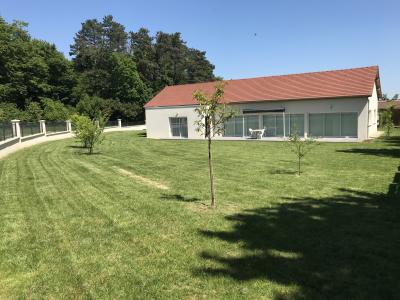 Villa des Ormées
9.9
3
House with 1 bedroom in Rouilly-Saint-Loup
84 € per double room
10 km of Troyes and factory stores, the guest room of the villa ormees welcomes you in a modern single storey. In a private space, you have a large bedroom, bathroom, toilet and living room (wi fi, tv). Another room is available (cot possible).…
Located 14.2 km from Géraudot
Favourite 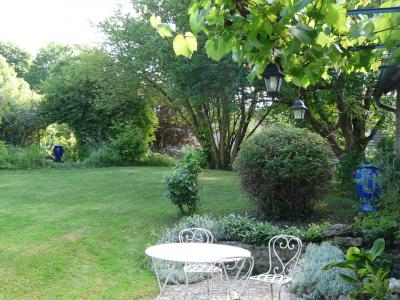 La Tonnelle
9.4
44
House with 2 bedrooms in Chappes
62 € to 72 € per double room
Valley of the Seine, at Pascale Painter : In a quiet location, 2 cottages Clévacances label 3 keys, with bathroom / wc suite. Courtyard for car, motorcycle local, wifi and tv. access to the garden. Breakfasts are served in the summer gallery…
Located 16.8 km from Géraudot
Favourite
All bed & breakfasts around Géraudot 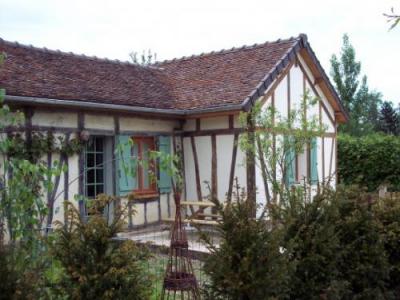 Gîte Le Closet
9.6
9
House for 5 people in Lusigny-sur-Barse
60 m², 2 bedrooms
330 € to 450 € per week
In the heart of the Regional Natural Park of the Orient Forest, near Lakes and bike path, stay in this house completely restored typical Champagne (3 keys comfort Clévacances). Green and relaxing. In low season, the opportunity to host the week,…
Located 7.2 km from Géraudot
Favourite 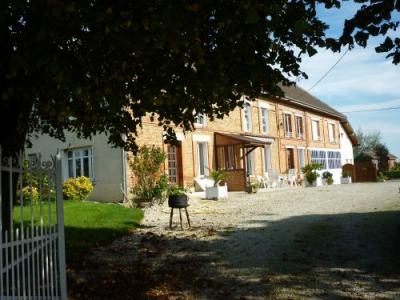 Gite The Clos Des Lacs
9.9
16
House for 4 people in Montiéramey
75 m², 2 bedrooms
370 € to 460 € per week
Near the lakes of the Forêt d'Orient, Troyes (and its Factories stores) Nigloland. Our Village is located 10 minutes from the A26 highway entrances and A5. and 1h45 from paris. We are pleased to welcome you in our family property enclosed grounds…
Located 8 km from Géraudot
Favourite 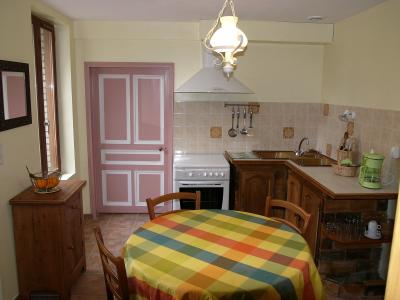 Charlotte house
9.2
1
House for 2 people in Montiéramey
30 m², 1 bedroom
300 € to 340 € per week
Anne-Marie welcomes you to his house, 19 km from Troyes and 3 km from Lake Forest East - ideal destination for a holiday of relaxation and tranquility, within the Natural Park of the Orient forest. In a renovated, bright and cheerful colors,…
Located 8.4 km from Géraudot
Favourite
All vacation rentals around Géraudot Domaine le Colombier
9.3
3
Campsite in Dienville
43 pitches on 0ha
16 € to 2030 € per day (2 pers / tent / car)
Le domaine le Colombier was built on an old 19th century outbuilding - Century and kept its typical architecture. With 43 pitches and 6 - cottages, the Domaine welcomes campers and motorhomes in an amazing setting - On the banks of the Aube.…
Located 16.1 km from Géraudot
Favourite
All campsites around Géraudot 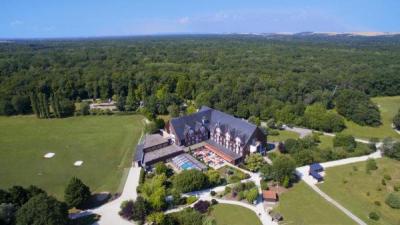 Logis Le Tadorne
7.6
204
Hotel in Piney
Le Tadorne, a typical half-timbered building dating from the 17th and 18th century, is located in the heart of the Nature Reserve of the Orient Forest. Guests can relax in the swimming pool and sauna, and it is just 20 km from the city of Troyes.…
Located 6.1 km from Géraudot
Favourite
All hotels around Géraudot