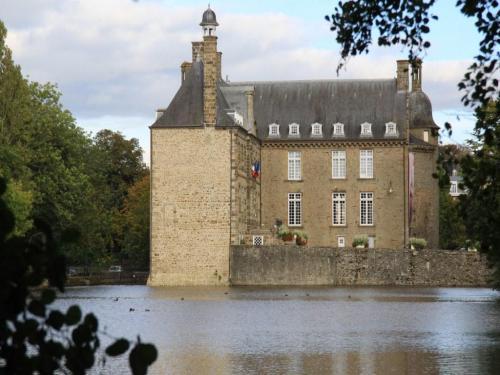 7.1
1
See all photos
Add to favouritesRemove from favourites

The castle Flers is located on the town of the same name, in the department of Orne, 30 km southeast of Vire.

First house strong stone and half-timbering erected in the Middle Ages on a marshy terrain difficult to cross for the attackers, the castle itself is built in the early sixteenth century by Nicolas Grosparmy. It remains from this period the wing "East", with turrets corner. The domain then becomes possession of the family of Pellevé, which allies with the rich Breton family of Rohan.

Erected seat of a county, the castle is embellished at the XVIIe century: a park is done up, the construction of a mill and the creation of a pond which allowed to drain the grounds.

In the eighteenth century, new works expand the castle whose wing "west" becomes the main building. A classic facade is created, with a monumental perron, and a beautifully wrought iron gate opens access to the main courtyard. Inside, the building is also decorated and furnished with opulence.

Damaged during the Vendée troubles, the castle was bought in 1806 by a businessman who sold it in 1822 to Antoine Schnetz, a notary from Paris, who soon became mayor of the city. Thanks to him, part of the park is open to the public and other urbanized lands. In 1901, the town became the owner of the site.

Protected as historical monuments since 1907, the castle of Flers has housed since the early twentieth century a museum that evokes the history of the estate and presents many paintings of the nineteenth (paintings by Corot, Daubigny, Boudin, Caillebotte) but also bronzes of Rousaud (pupil of Rodin) and ceramics of Cocteau (twentieth). As for the presented furniture, it is of Louis XIV style. Open from May to November. Entry: 3 euros. Information on +33 2 33 64 66 49.

As for the vast park of 13 hectares, punctuated with parts of water, it is conducive to the walk and the observation of an interesting ornithological fauna. Many tree species are visible (cedar, beech, plane, poplar, yew, elm...). Free access all year. 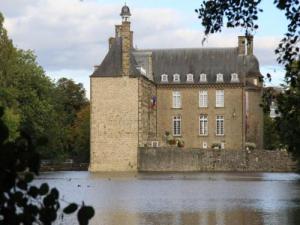 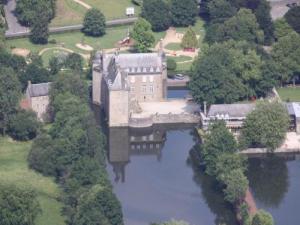 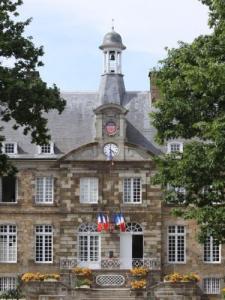 Bed & breakfasts in the Orne
Contact the managers directly with no middleman to pay. Book your stay at an exceptionally low price!
See selection

Bed & breakfasts in the Orne
Contact the managers directly with no middleman to pay. Book your stay at an exceptionally low price!
See selection 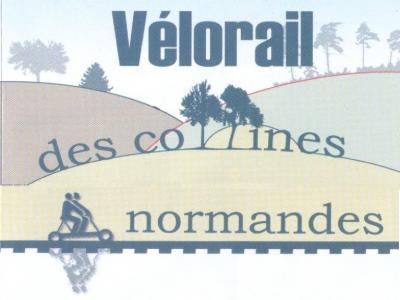 Rail bike hire on the old Caen-Flers railway line
9.0
1
Entertainment in Saint-Pierre-du-Regard
23 € to 84 €
Vélorail rides on the old railway line Caen-flers for about 1: 30.
Located 11.6 km away from the Castle of Flers
Favourite Canoe-kayak at the heart of Swiss Normandy
9.2
3
Nature and the great outdoors in Le Hom
8 €
Looking for tranquility with friends or relatives in normandy ? Just stop for a peaceful moment in the heart of the Suisse-Normande, the canoe club of Thury-Harcourt is welcoming you ! Information and advices are available at the club, many…
Located 27 km away from the Castle of Flers
Favourite
All leisure activities around the Castle of Flers L'Astrolabe Café
French cuisine restaurant in Condé-en-Normandie
18 € per person
Located 11.3 km away from the Castle of Flers
Favourite La Renaissance
8.6
5
French cuisine restaurant in Condé-en-Normandie
24 € per person
Located 11.5 km away from the Castle of Flers
Favourite Auberge Saint Germain
9.3
62
French cuisine restaurant in Condé-en-Normandie
35 € per person
In the Calvados, the Auberge Saint Germain welcomes you in the countryside, 10 kilometers from the Norman Switzerland. We offer you an authentic and refined cuisine, putting the land in the spotlight. Indeed, Chef Laurent Malvault like to…
Located 12 km away from the Castle of Flers
Favourite
All restaurants around the Castle of Flers 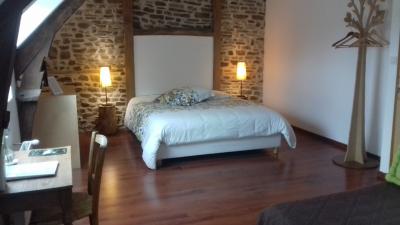 La Bergerie
9.9
34
House with 4 bedrooms in Sainte-Opportune
60 € per double room
Set in a set of timber-framed buildings and cob 18th century. The gateway to the Suisse Normande, our 4 guest rooms have been furnished in respect of old buildings, ecological materials and modern comfort. They all have their own entrance and…
Located 13 km away from the Castle of Flers
Favourite 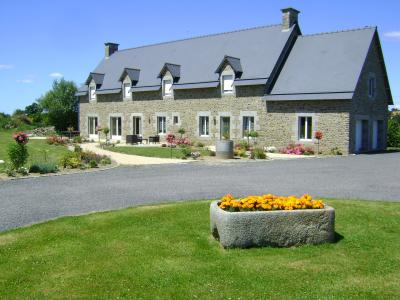 The longhouse
10
1
House with 4 bedrooms in Valdallière
60 € per double room
Véronique welcomes you in the countryside in a longere in restored stones, 4 comfortable rooms with rooms of water Privative and wc. Television in each room. Baby cots or cots are also available. Breakfast Copious.
Located 13.6 km away from the Castle of Flers
Favourite
All bed & breakfasts around the Castle of Flers 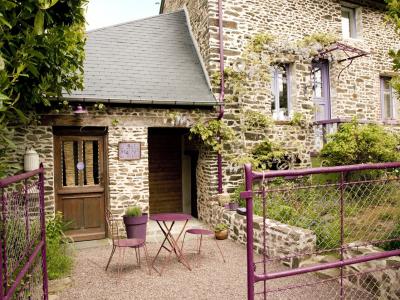 Le gite mauve
9.6
5
House for 3 people in Saint-Omer
35 m², 1 bedroom
350 € per week
Small unusual quiet cottage is on Suisse Normande heights. Extension of a home and artist studio. An ideal place for doing nothing… Rest…
Located 22 km away from the Castle of Flers
Favourite 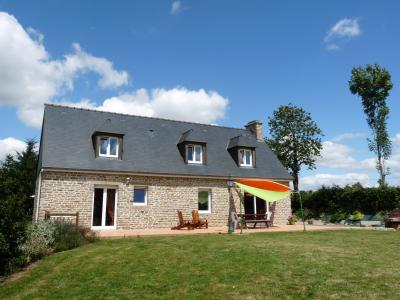 La Maison d'Amelie
House for 12 people in Valdallière
140 m², 5 bedrooms
350 € to 600 € per week
In a charming stone house green screen with terrace of 70 sqm overlooking a shady garden at the foot of hiking trails; between the beaches and Mont Saint Michel Ideal for sharing good times with family or friends in the country in these difficult…
Located 23 km away from the Castle of Flers
Favourite 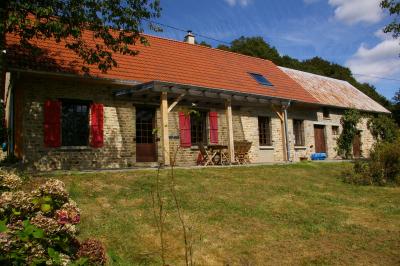 Laurel
9.9
7
House for 8 people in Valdallière
105 m², 3 bedrooms
350 € to 590 € per week
Relax in this house with his natural pièrre garden and a large covered terrace. Located in a rural setting, you can make beautiful walks directly from the cottage (GR 21). Enjoy the large dining room, the spacious kitchen and a bathroom with…
Located 23 km away from the Castle of Flers
Favourite
All vacation rentals around the Castle of Flers 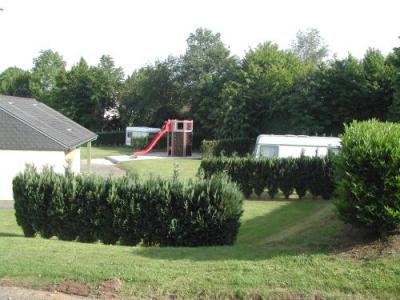 Le Potager
8.6
7
Campsite in Sourdeval
10 pitches on 3.6ha
7 € per day (2 pers / tent / car)
Camping municipal quiet and shady, near the city center and near a small pond. All shops nearby.
Located 25 km away from the Castle of Flers
Favourite
All campsites around the Castle of Flers 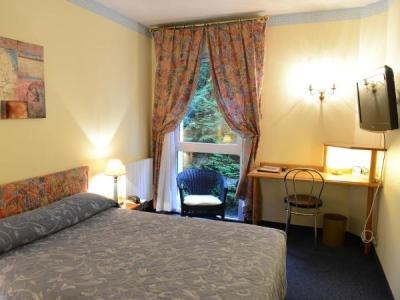 Hôtel Le Galion
7.6
171
Hotel in Flers
Room from 67 €
Located in the town centre of Flers, 300 metres from Saint-Germain Church, this hotel offers a garden and rooms with a satellite, flat-screen TV and free WiFi access. The rooms at Le Galion have a seating area and a private bathroom with free…
Located 520 m away from the Castle of Flers
Favourite 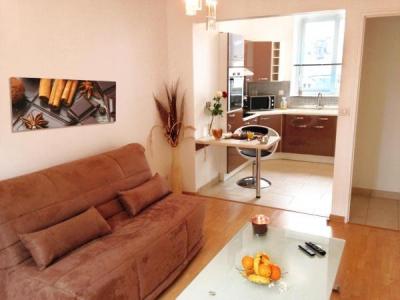 APPART'HOTEL61
9.4
127
Hotel in Flers
Room from 89 €
Situated in Flers, 39 km from Falaise, APPART'HOTEL61 features a restaurant and free WiFi. Each unit comes with a sofa, a seating area, a flat-screen TV, a well-fitted kitchen with a dining area, and a private bathroom with free toiletries.…
Located 540 m away from the Castle of Flers
Favourite 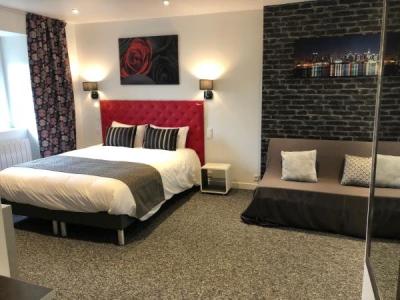 L' Annexe Beverl'inn
9.2
17
Hotel in Flers
Room from 85 €
Providing garden views, L' Annexe Beverl'inn in Flers provides accommodation, a bar, a garden and a terrace. Each unit has a patio, a kitchen with a microwave, a dining area and a seating area with a flat-screen TV, while the private bathroom…
Located 570 m away from the Castle of Flers
Favourite
All hotels around the Castle of Flers

Guide of the Orne
Unmissable places and recommendations in the Orne
Perche
Guide to the territory - Tourism and staying here
Guide of Flers
Tourism, breaks and holidays around Flers
Municipality of Flers
Detailed tourist information about the municipality of Flers
Outings in the Orne
Ideas for walks and hikes in the Orne
Photos of the Orne
Photos of the Orne to view and download
Hotels in the Orne
A wide choice of hotels with reductions of up to 70%.
Vacation rentals in the Orne
Self-catering holiday homes, gîtes and apartments.
Bed & breakfasts in the Orne
Rooms from local hosts offering a personal welcome.
Campsites in the Orne
Open-air accommodation.
Restaurants in the Orne
Regional and international cuisine, style of restaurant and menus.
Leisure activities in the Orne
A great selection of activities including sports, well-being, gourmet food and entertainment.
Your holidays
By continuing to browse our site, you are agreeing to the use of cookies to improve your experience and make targeted offers.
Find out more and make settings