Figari is a coastal town of Corse-du-Sud, in the Corsica region, about fifteen kilometers north of the city center of Bonifacio.

The territory of the commune stretches from the mountain of Cagna to the sea, about 100 km², its highest point being at 1 366 m of altitude.

Formed of a borough, Tivarello, where the town hall and the church are located, and about fifteen hamlets, the locality is bordered on the south by a set of 800 hectares protected natural coastal facade, virgin of any built.

It was in the central plain that an international airport serving the south of the island was built in 1975, which contributed to the economic development of the town (about 1,400 inhabitants) without altering its environment and its rich agricultural diversity : Figari is renowned for its vineyards, herds of sheep and cattle (cheeses) and the harvest of cork.

Its historical and natural heritage and its beaches make it a step of quality and character.

If there are no vestiges of the Roman period (although it is known that the wines of Figari were already appreciated there), some elements of historical patrimony mark the territory.

This is the case of the chapel of St. John the Baptist of Pruno which dates from the twelfth century when the region was under Pisa. The building has suffered greatly but its façade of Romanesque style testifies to its splendor of yesteryear.

The whole is classified as the small chapel of San Quilico di Montilati (12th century): a jewel of modest Romanesque architecture (7.5 m long!) That is renowned and dedicated to a child martyr Italian, San Quilico. Composed of a vaulted nave and a semicircular apse, the chapel is covered with slate.

Finally, the Genoese tower, built in the heart of the bay, for defensive purposes to watch the coastline. The edifice like the other similar towers of Corsica dates from the sixteenth century, when the island was under Genoa. Well preserved, the tower of Figari has kept its rank and its role of belvedere on the sea...

These patrimony elements will be able to mark a hike between sea and mountain which will also include the lake of the dam of Talza, established on the brook of Ventilegne (its surface is of 68 hectares). The routes can eventually follow the coast, the natural areas or climb to the mountains, including vineyards, for example. Documentation and information on +33 4 95 73 11 88.

For the pleasures of the beach, one will choose the part of the littoral around the tip of the Testa, between the small port nestled at the end of the bay and the ponds of Testa and Ventilègne. Covered with sand or pebbles, connected by a track that crosses the maquis (practicable by bike), these are family beaches or coves and creeks still wild. Most are popular with lovers of idleness... like surfers. 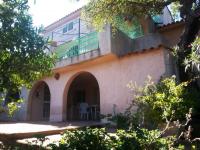 Vacation rentals in the Southern Corsica
Contact the managers directly with no middleman to pay. Book your stay at an exceptionally low price!
View offers

Vacation rentals in the Southern Corsica
Contact the managers directly with no middleman to pay. Book your stay at an exceptionally low price!
View offers

Around 10 August, on the occasion of the St. Lawrence River, two days of festival in Naseu (hamlet and stage of transhumance). The site dominates the sea at 600 m altitude. Traditional, musical and gourmet animations.

All leisure activities around Figari

All outings around Figari The goeland beach
Mediterranean restaurant in Bonifacio
20 € to 100 € per person
On Tonnara beach, in the Bouches nature reserve - De Bonifacio, the west coast of southern Corsica is entirely - Preserved. Here, few constructions… the endemic vegetation - And the sea. In this exceptional setting, the Goéland Beach - Offers…
Located 7.2 km from Figari
Favourite Aria Nova
9.0
61
Corsican restaurant in Bonifacio
78 € per person
The restaurant is completely atypical compared to the vast majority of establishments on Bonifacio. We only work on short circuits (Corsican PDO ham, local fishing, northern pig...) and on a permaculture garden. The menu has been fully designed…
Located 11.3 km from Figari
Favourite
All restaurants around Figari 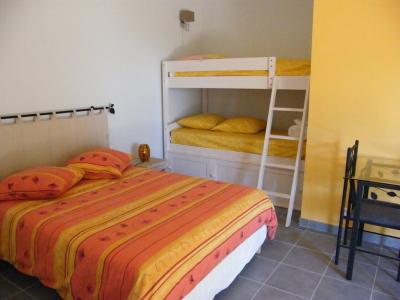 L'Escala
9.8
18
House with 3 bedrooms in Sotta
75 € to 85 € per double room
3 pretty and comfortable guest rooms await you on the edge of a typical Corsican village (sotta) in the center of the extreme south of Corsica, close to the most beautiful beaches, East side : the unmissable "Sta Ghjulia", the magical "Palombaggia",…
Located 8.4 km from Figari
Favourite 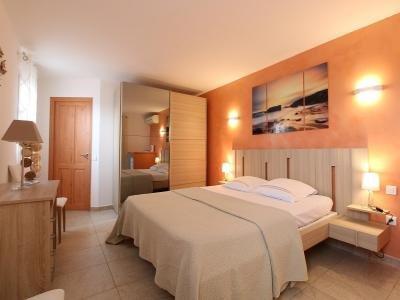 Chez bati corse porto-vecchio
9.5
2
House with 2 bedrooms in Porto-Vecchio
60 € to 110 € per double room
All 5 bedrooms (2 doubles 2 triples 1 quadruple) are equipped with air conditioning, free WiFi internet access, a fridge, a kettle, a tv, a hairdryer, as a bathroom and separate toilet. In addition, each room has its own parking, all in a private…
Located 13.1 km from Figari
Favourite 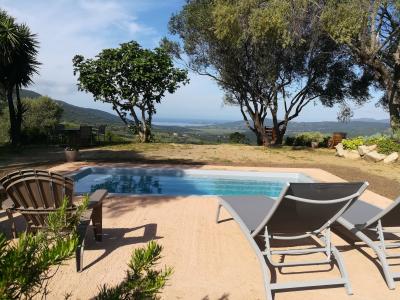 Bed and Breakfasts La Cigala
9.9
10
House with 3 bedrooms in Sollacaro
80 € to 90 € per double room
Located in the countryside, between the sea and the mountains, overlooking the lower Taravo valley, La Cigala offers 3 beautiful guest rooms on the ground floor. Our house is located about 2 km from the prehistoric site of Filitosa, 15 minutes…
Located 35 km from Figari
Favourite
All bed & breakfasts around Figari 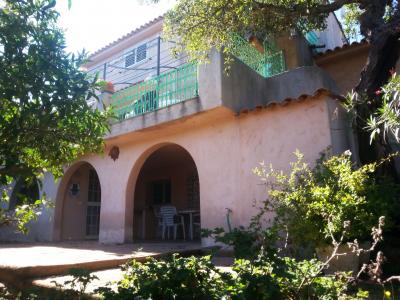 Boccadoro
9.7
7
Garden floor for 6 people in Porto-Vecchio
70 m², 2 bedrooms
500 € to 850 € per week
Conveniently located on the way to the beaches this studio in a very quiet area of ​​scrub will bring you the rest you have dreamed of.
Located 14.7 km from Figari
Favourite 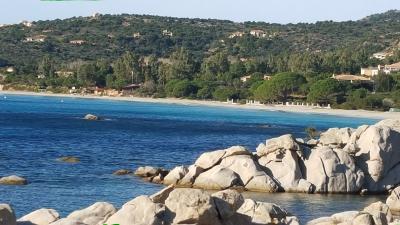 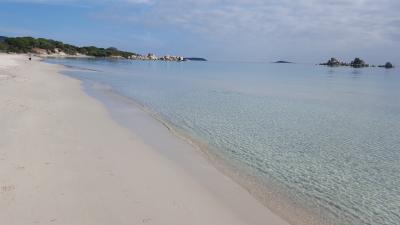 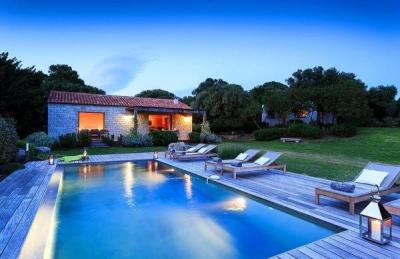 Hotel Club U Libecciu
7.2
158
Hotel in Pianottoli-Caldarello
This hotel overlooks the Mediterranean Sea and is surrounded by Cagna Mountains and vineyards. It offers 2 tennis courts and an outdoor pool with a fully furnished terrace overlooking the beach. Each air-conditioned room at the Hotel Club U…
Located 5.4 km from Figari
Favourite
All hotels around Figari