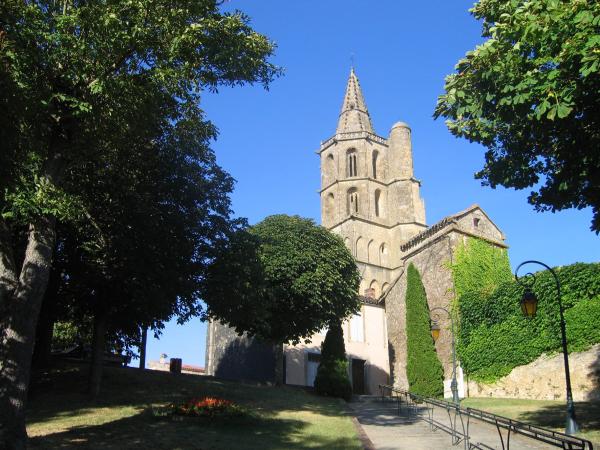 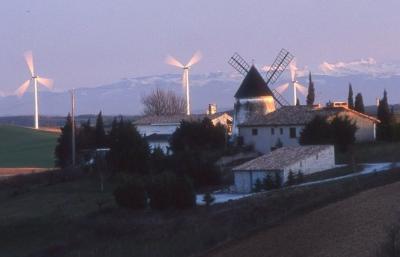 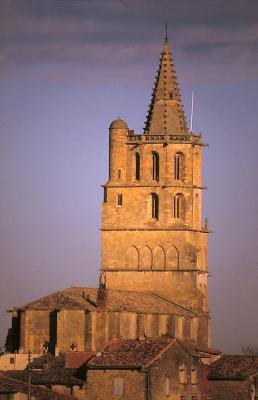 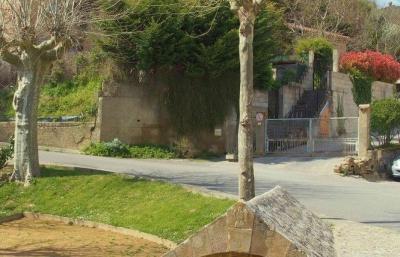 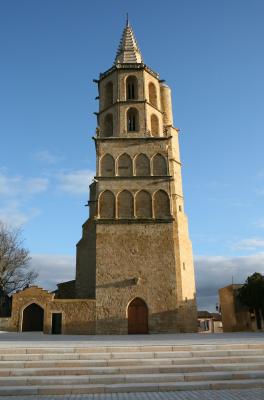 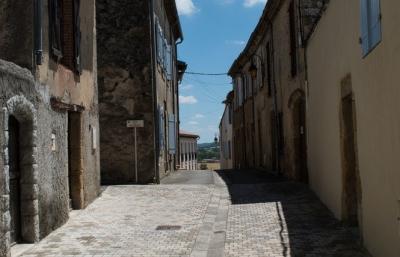 Avignonet-Lauragais (Occitan Avinhonet de Lauragués) is located on the road to Santiago de Compostela (Via Arles, Via Tolosa), in the Haute-Garonne department, in the Occitan region.

Its inhabitants are called Avignonetains.

This commune of the urban area of ​​Toulouse is located in Lauragais between Toulouse and Castelnaudary in the extreme north-east of the department of Haute-Garonne on the border of the department of Aude on the departmental road 813 (formerly national road 113) at the edge of the Deux Mers motorway. Located on the road to the Mediterranean Sea, the village is visible from the highway by the presence of several wind turbines driven by the wind of Autan sweeping the plain. Not far, another channel of communication, the Canal du Midi, passes at the foot of the village. Port-Lauragais is a motorway stop and port located in the town. The town is part of the Lauragais Country.

Wheat is the main crop of the Lauragais plain since the Gallo-Roman era. But it is in the fifteenth century that the pastel makes the region rich. We then call the region "Pays de cocagne". But the indigo from America competes with pastel and wheat becomes the main resource of the country from the sixteenth century.

In addition to the magnificent gothic church of Notre-Dame des Miracles (14th-16th centuries), Avignonet has an interesting historical heritage, witness of its rich and tumultuous past: the remains of the ramparts (thirteenth and fifteenth centuries) and the castle (eleventh century), the pepper mill tower bearing the statue of the Crusader, half-timbered houses and homes of the seventeenth and eighteenth century.

The village is known for the massacre of inquisitors of Catharism. On May 28, 1242, the inquisition tribunal, led by Guillaume Arnaud and Étienne de Saint-Thibéry was held in the city. Several men, led by Pierre-Roger de Mirepoix and assisted by the people of Avignonet, massacred the inquisitors and their followers with their axes in their sleep, thus killing eleven victims. It was only one of the last bursts of resistance before the siege of Montségur, which ended with a pyre for the Cathars refugees in the place, March 16, 1244.

Leisure activities in the Haute-Garonne
Organise your dream holiday in a few clicks. Search a wide range of establishments by specific criteria.
View offers

Leisure activities in the Haute-Garonne
Organise your dream holiday in a few clicks. Search a wide range of establishments by specific criteria.
View offers 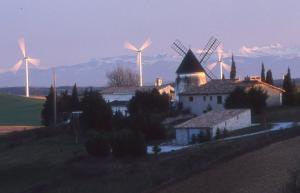 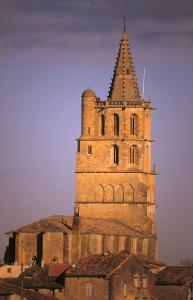 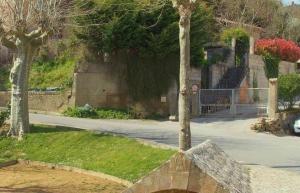 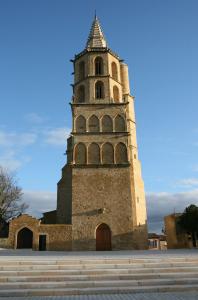 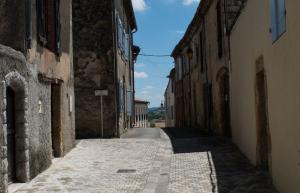 All leisure activities around Avignonet-Lauragais Fontaine de barreau
9.8
11
House with 2 bedrooms in Villefranche-de-Lauragais
70 € per double room
In the heart of lauragais, south east of Toulouse, Elizabeth is happy to welcome you to his house recalling the style of Provence. Breakfast served inside or under the pergola near the pool in winter near the fire. Ideally located for touring.
Located 3.8 mi from Avignonet-Lauragais
Favourite 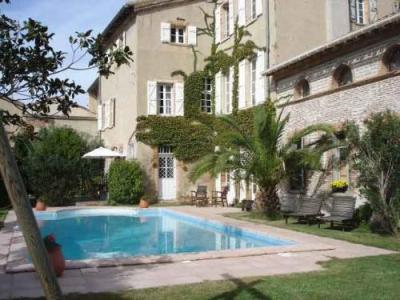 Maison Josephine Chambres d'Hôtes
9.3
5
House with 5 bedrooms in Villenouvelle
89 € to 139 € per double room
Between Toulouse and Carcassonne, not far from the Canal du Midi, a young franco-irish couple welcomes you to their 18th century home in a warm friendly family atmosphere. A delightful mix of modern comfort and traditional architecture. Open…
Located 7.7 mi from Avignonet-Lauragais
Favourite 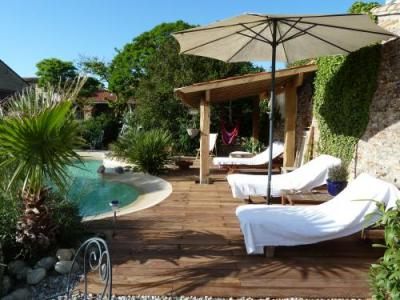 Le village
9.9
8
House with 4 bedrooms in Villenouvelle
98 € per double room
19th house, overlooking a park with swimming pool and huguette jose welcomes you all year. In summer, breakfast table and the guests are served under the canopy facing the park and access to the pool. Beach for the little ones. New ball and…
Located 7.7 mi from Avignonet-Lauragais
Favourite
All bed & breakfasts around Avignonet-Lauragais 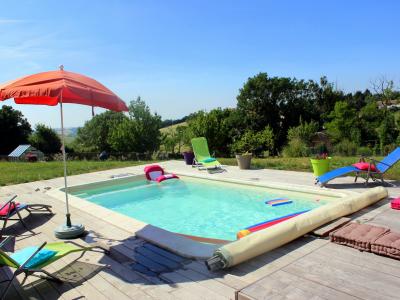 Gîte écologique et Zen avec piscine
9.6
9
Apartment for 4 people in Mourvilles-Hautes
88 m², 2 bedrooms
420 € to 850 € per week
Our property is located halfway between Toulouse and Carcassonne, the rolling hills of Lauragais. The property has two houses with a total capacity of 10 persons. Our second cottage, restored in 2012, consists of two parts, a contemporary of…
Located 4.6 mi from Avignonet-Lauragais
Favourite The Mother Castle
Manor for 15 people in Soupex
400 m², 8 bedrooms
3360 € to 3850 € per week
In the countryside near Toulouse, in the golden triangle of land of plenty between Toulouse and Carcassonne, elegant mansion that once belonged to 18th century a great Orientalist, doctor and writer, a friend of Lamartine and Chateaubriand.…
Located 4.7 mi from Avignonet-Lauragais
Favourite
All vacation rentals around Avignonet-Lauragais 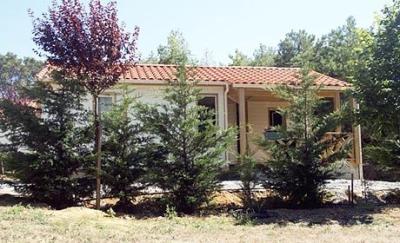 Camping Cathar
SPECIAL OFFER
Campsite in Belflou
55 pitches on 3ha
1420 € to 1670 € per day (2 pers / tent / car)
The campsite "Cathar" overlooks Lake Ganguise, in the Midi-Pyrenees region, 30 minutes from Toulouse and Carcassonne and 15 minutes from the Canal du Midi. The Cathar offers warm and equipped accommodation. In a pleasant, quiet, natural, wooded…
Located 3.6 mi from Avignonet-Lauragais
Favourite 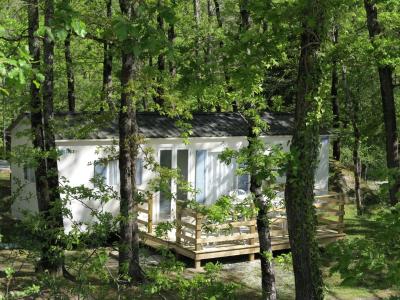 In salvan
SPECIAL OFFER
9.6
1
Campsite in Vaudreuille
135 pitches on 7ha
1640 € to 21 € per day (2 pers / tent / car)
In Salvan camping at the foot of Black Mountain and 800 meters from Lake Saint Ferreol Reservoir Canal du Midi World Heritage of Unesco, welcomes you in an area of ​​7 ha, you can stay in mobile home al shade of oaks and maples. On site swimming…
Located 12.6 mi from Avignonet-Lauragais
Favourite Domaine Koukano
8.0
1
Campsite in Maurens-Scopont
110 pitches on 22ha
28 € to 41 € per day (2 pers / tent / car)
The Domaine du Koukano is a resort / campground **** 22 hectares bordering Lake Geignes where forest and Nature take their place. On hilly terrain for walks, infrastructure blend into the landscape dominated by large spaces. The field of Koukano…
Located 16.6 mi from Avignonet-Lauragais
Favourite
All campsites around Avignonet-Lauragais 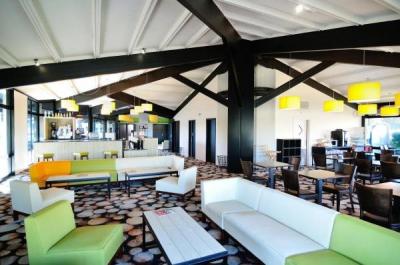 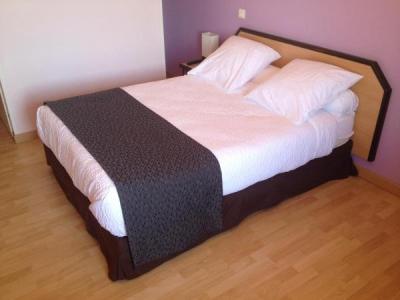 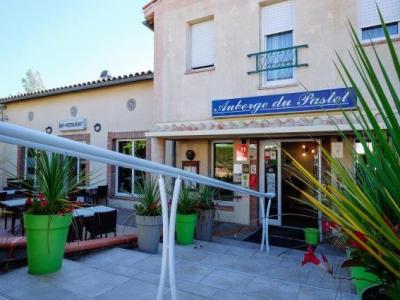 Hotel Auberge du Pastel
8.4
35
Hotel in Nailloux
Room from 74 €
Situated in the heart of Lauragais, this hotel features a heated swimming pool and a fitness centre. It offers panoramic views over the surrounding lakes and hills. All the guestrooms are decorated in a modern style. They come with a private…
Located 7.5 mi from Avignonet-Lauragais
Favourite
All hotels around Avignonet-Lauragais