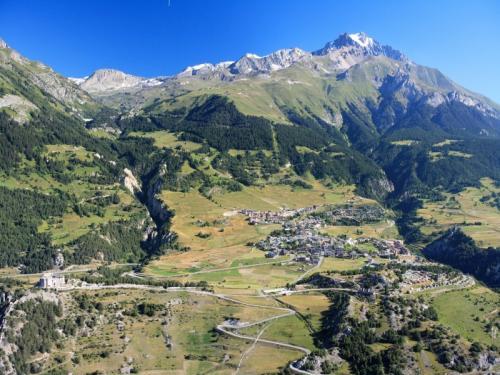 Aussois is a commune in the Savoie region of Auvergne-Rhône-Alpes, 38 km east of Saint-Jean de Maurienne by road and 8 km north-east of Modane.

The village developed on a plateau in the Maurienne Valley, at an altitude of 1,500 m, but the vast territory of the locality, covering an area of ​​almost 42 km², culminates at 3,600 m. It includes summits of the south of the Vanoise massif such as Pointe de l'Echelle (3422 m) or Roche Chevrière (3281 m).

Having become a family ski resort since the 1970s, also very attractive in summer, Aussois was occupied from the first millennium BC.

The activity of the village remains agricultural (livestock) but in the nineteenth century, it is boosted by the construction of the Esseillon forts (1819-1834) supposed to protect against a French attack. Until then integrated in the kingdom of Piedmont-Sardinia, the village is attached however to France, like Savoy, in 1860.

The creation of an international station in Modane after the tunneling of the Frejus tunnel (1871) and the construction of electric dams in the 1950s above the village still help to open up the area and ensure a certain prosperity.

With nearly 700 inhabitants, Aussois is now a stronghold of tourism at the gates of the Vanoise National Park. Its historical and natural heritage and its varied leisure offer make it a destination of choice.

Appreciated for its tracks and its numerous leisures and activities "nature", the municipality also has a historical inheritance which it is advisable to discover.

This is the case of the parish church of Our Lady of the Assumption, built in 1648 on the foundations of a church of the twelfth century. Featuring a Piedmontese-style bell tower, its exterior sobriety contrasts with its rich interior ornamentation. The altarpieces, frescoes and paintings make it a key stage of the Baroque Pathways that connect the remarkable churches of the region. Information for a visit on +33 4 79 05 99 06.

In addition, there are many chapels along the territory, once appreciated by the inhabitants of isolated farms and hamlets in winter: they are particularly dedicated to Saint-Nicolas, Saint-Roch (17th century) or Notre-Dame de la Salette (19th century)..

In the village or around, to see also, many elements of small heritage, such as fountains, wash houses and a remarkable example of oven, rue Saint-Nicolas.

Direction then the barrier Esseillon, on both sides of the course of the Arc, consisting of four forts and a redoubt (fortification) high between 1819 and 1834 to protect the Italian Piedmont. They bear the names of the members of the royal family of Savoy.

If the largest is the strong Victor-Emmanuel, which could shelter 1500 men, the nearest of the village is Fort Marie-Christine, now transformed into inn. Fort Charles-Albert was not completed and Fort Charles-Félix was partly destroyed by order of Napoleon III in 1860. As for the Redoubt Marie-Thérèse, it is isolated on the right bank, accessible by the bridge Devil's Bridge. Partly classified, the forts are accessible all year round. Information on +33 4 79 05 99 06.

In the heart of this typical ensemble of military architecture, there is also a Sardinian military cemetery where the soldiers of the Esseillon garrisons were buried. Two repositories were used to preserve the bodies of the deceased when the frozen ground required to delay the burial. Information on +33 4 79 20 30 40.

In another register, the site of the EDF dams of Plan d'Amont and Aval Plan built between 1948 and 1955, with their power plants, is also worth a step. The easiest way is to visit the interpretation area of ​​Plan Aval lookout (point of view, didactic panels and multimedia area). Open all year. Information on +33 4 79 20 30 40.

Back in the village, the Archaeological Park with its educational routes and reading tables allows to understand the evidence of occupation of the site since prehistoric times. Many rock carvings can be observed. Free access all year long. Information on +33 4 79 05 99 06.

On the cultural level again, the agro-pastoral museum "L'Arche d'Oé", housed in an old house presents in different rooms aspects of the daily life of yesteryear in high mountains. Activities and workshops (butter making, storytelling) are regularly offered on the sidelines of the visit. Open every day except Saturday weekend before Christmas in mid-April and July-August. Price: 3 and 4.20 euros. Information on +33 4 79 20 49 57.

As for sports and leisure activities and nature, in winter, the resort has a dedicated area for downhill skiing located between 1500 and 2675 m above sea level. Ten lifts serve 21 tracks (5 green, 6 blue, 7 red and 3 black) or 55 km downhill. A space is dedicated to beginners, other areas are reserved for new practices such as boardercross. A slalom track is also available. Package day from 26 euros.

The high mountain environment of the Vanoise and Maurienne is finally, of course, a paradise for hikers, some courses obviously demanding. The trails are an opportunity to discover remarkable natural sites such as the monolith of Sardières, the waterfall Saint-Benoît, the Gorges de l'Arc and to apprehend a fauna and flora (sage, heather, clematis) d 'exception. For mountain bikers, an initiation area is accessible and many tracks totaling 100 km of course are traced. Maps and documentation at +33 4 79 20 30 80.

We will not forget the pleasant arts trail located in the forest, which includes a dozen woodcarvings by the local artist Serge Couvert.

Finally, note that the Vanoise National Park program regularly walks and events (workshops, conferences) focused on the discovery of natural heritage. Information on +33 4 79 62 30 54.

In January, the Great Odyssey is an international dog sled race.

In June, traditional festival of Corpus Christi (the houses are decorated with flowers and foliage).

August 15th, the town's festival with costume parade and fun and musical entertainment. 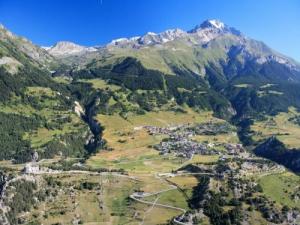 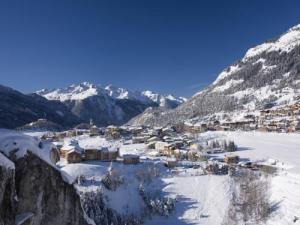 All leisure activities around Aussois 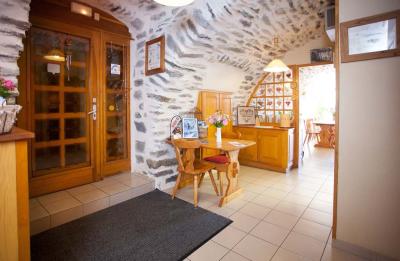 Chez Bernard & Marie - Chalet Fontaine
SPECIAL OFFER
NEW
10
1
Chalet with 3 bedrooms in Brides-les-Bains
93 € to 112 € per double room
The only guesthouse in the Brides-les-Bains resort, located in the hamlet of Fontaine at the foot of the largest ski area in the world "les 3 Vallées" (700 km of slopes) and at the entrance to the Parc National de la Vanoise as well as the thermal…
Located 29 km from Aussois
Favourite La maison jaune
9.8
9
House with 3 bedrooms in Saint-Pancrace
72 € per double room
2 rooms for 1 to 4 persons, and possibility of sleeping 2 additional persons. House in 2 km of St Jean de Maurienne's center, situated on the hillside southwest and dominating the city. Magnificent view on the valleys of l'Arc and l'Arvan, as…
Located 32 km from Aussois
Favourite
All bed & breakfasts around Aussois 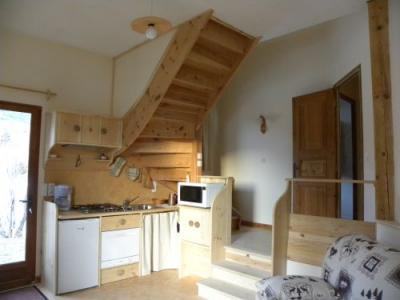 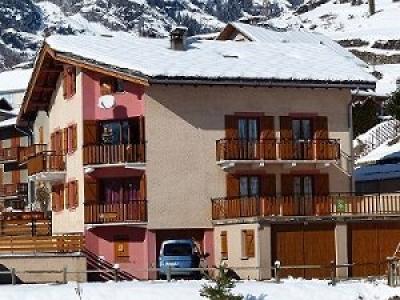 Gîte rural - Parc National de la Vanoise
9.2
4
Apartment for 5 people in Val-Cenis
53 m², 2 bedrooms
350 € to 720 € per week
A Termignon Vanoise, inside the national park of Vanoise, we offer this cottage Rural 2 to 5 people and warm. Located in the valley of the arc, in Haute Maurienne, on National Road 6, termignon village is 17 km from the motorway exit at Modane…
Located 8.2 km from Aussois
Favourite 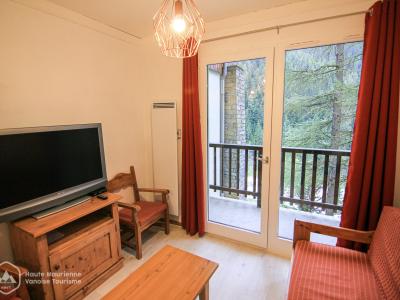 Valfrejus - 4-person apartment
NEW
Apartment for 4 people in Valfréjus
28 m², 1 bedroom
315 € to 805 € per week
Apartment renovated and equipped for 4 people, 28 m² in the Chalets du Thabor residence at Valfréjus, located at the foot of the slopes in the Maurienne valley, 70 m from the cable car and the center of the resort where you will find shops,…
Located 9.3 km from Aussois
Favourite
All vacation rentals around Aussois 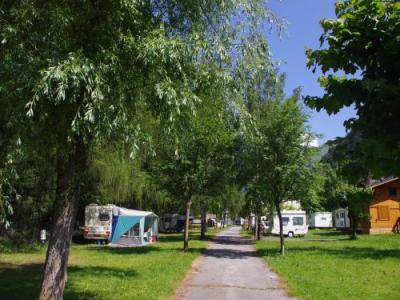 Les Mélèzes
9.7
7
Campsite in Val-Cenis
53 pitches on 1ha
1230 € per day (2 pers / tent / car)
Camping located in the door of La Vanoise National Park, in the heart of the village of Termignon, in a mountain that can satisfy all types of hikes in summer and winter. You will find shaded. A departure for the ski resort of Val Cenis Vanoise…
Located 8.2 km from Aussois
Favourite 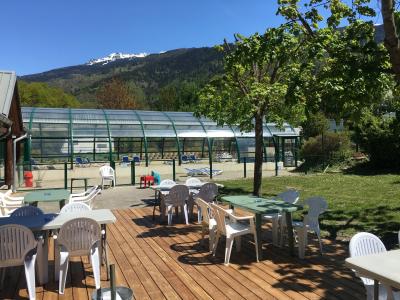 Camping caravaneige l'Eden de la Vanoise
10
2
Campsite in Landry
110 pitches on 2.4ha
1765 € to 2244 € per day (2 pers / tent / car)
Discover this magnificent mountain camping site in Savoie where you're sure to find a warm welcome, friendly and healing outstanding in alpine scenery. Rejuvenate with family or friends with children's activities and future indoor heated swimmingpool,…
Located 39 km from Aussois
Favourite
All campsites around Aussois 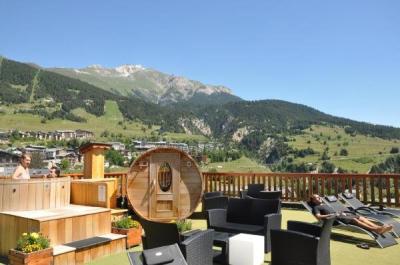 Hôtel du Soleil
8.3
250
Hotel in Aussois
Room from 91 €
Hôtel du Soleil is located in Aussois in the Maurienne Valley. The shuttle to the Aussois ski resort is 100 metres away. Guests can relax in the sauna and in a Nordic bath set on the terrace with a panoramic view, open in summer and winter.…
Located Aussois away
Favourite 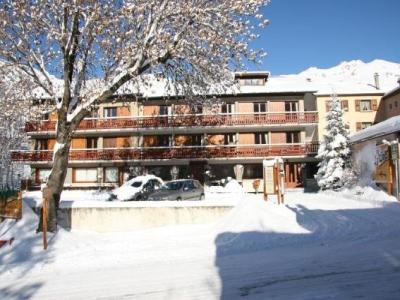 Hôtel Les Mottets
6.5
43
Hotel in Aussois
Room from 107 €
Located in Aussois, Hôtel Les Mottets is just 200 metres from the ski slopes. It offers an on-site restaurant and a spa with a sauna and a Turkish bath. It is 7 km from Modane and ski storage is provided. All of the rooms at Hôtel Les Mottets…
Located Aussois away
Favourite 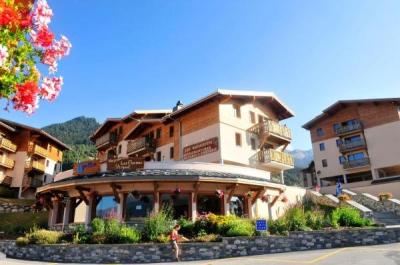 Résidence Goélia Les Flocons d'Argent
8.3
39
Hotel in Aussois
Room from 101 €
Located in Aussois, in Vanoise National Park, Résidence Goélia Les Flocons d'Argent offers an indoor pool and a sauna. The property is just 100 metres from Les Cotes and Le Grand Jeu ski lifts. The apartments feature a balcony, views of the…
Located Aussois away
Favourite
All hotels around Aussois