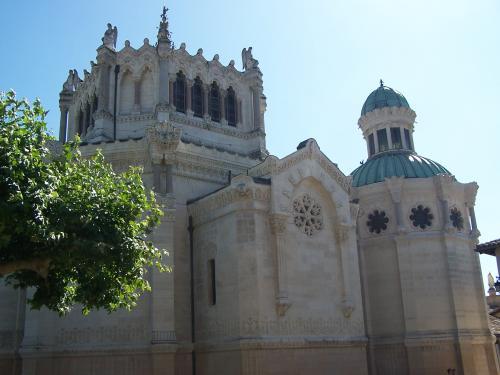 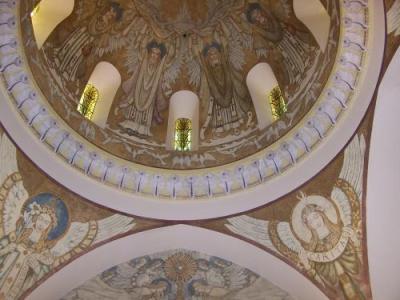 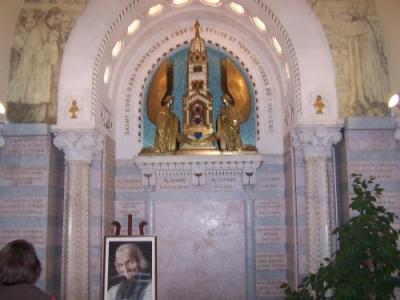 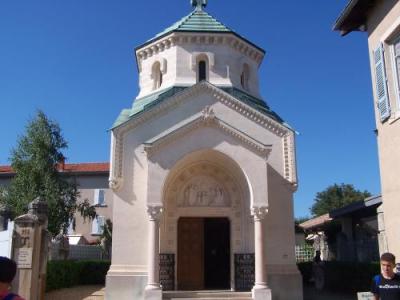 Ars-sur-Formans is a village in the Ain department in the Auvergne-Rhône-Alpes region, some 35 km north of Lyon.

The locality with approximately 1400 inhabitants is located in the natural area of ​​the Dombes, renowned for its ponds and its natural heritage diversified in terms of fauna and flora.

However, the village reached international notoriety because of its "holy parish priest" who in the 19th century, Jean-Marie Vianney (1786-1859), was beatified and then canonized at the beginning of the 20th century. It was proclaimed in 1929 "patron of all the Cures of the universe". Living very humbly, he devoted himself for more than forty years to his parishioners, founded educational establishments for young girls as well as for boys. He is credited with miracles and healings, but during his lifetime, this indefatigable confessor was already attracting faithful from afar to share his faith and hear his homilies. This enthusiasm has remained perennial, and there are 550,000 annual pilgrims in Ars, where a sanctuary is devoted to the "holy cure". A basilica and a historial were built to accommodate pilgrims and visitors.

The basilica was built as of 1862, in extension of the old church where Jean-Marie Vianney, who had died three years before, officiated. The primitive church was thus partially preserved, notably the nave. The choir and transept of the basilica are in neo-Byzantine style, evoking the same architectural bias as in Notre-Dame de Fourvière. The pulpit where the "holy priest" preached was preserved. The whole was classified.

The presbytery, which was also preserved as a chapel sheltering relics, is also open to the visit.

Now owned by local authorities, the historial (or wax museum of the "holy priest") traces the life of the saint in 17 scenes (with wax figures according to the technique of the Grévin Museum). Open from October to March: Monday from 2 pm to 5 pm, Tuesday to Saturday from 10 am to 12 am and from 2 pm to 5 pm, Sundays and public holidays from 11 am to 1 pm and from 2 pm to 5:30 pm. Price: 6 euros.

In the village, to see also the castle of Ars, built on an old feudal clod. Having once had a military vocation, the building was first renovated in the fourteenth century, then after the Revolution. In bricks typical of the region for its oldest parts, in golden stone of the Beaujolais for the more recent ones, it is a private property but the castle is open to the visit during the Days of the Patrimony in September.

Note that one can enjoy in Ars-sur-Formans a communal water plan reserved for walkers and fishermen. Like the surrounding countryside, it reflects the environmental richness of the Dombes region.

Campsites in the Ain
Quality establishments for a successful holiday. Places not to be missed!
Compare offers

Campsites in the Ain
Quality establishments for a successful holiday. Places not to be missed!
Compare offers

The life of the locality being linked to the memory and cult of its "holy priest", several religious highlights mark the year.

The second Sunday of February is celebrated the arrival of the parish priest in the village. Besides offices, a procession takes place in the streets.

Same thing in June at the Feast of God and every August 4 (anniversary of the saint's death), when a concert closes the celebrations.

On the occasion of the Feast of the Immaculate Conception, finally, on December 8, illuminations and animations are organized in the village.

In a different register, to know more about the regional terroir, a market takes place every Friday, and on the first Saturday in July, a festive and gourmet market is organized from 4pm to 10pm. 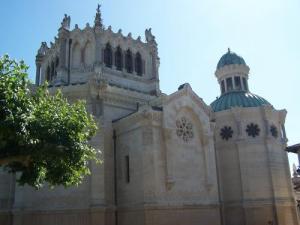 Overview of the Basilica of Ars
See photo 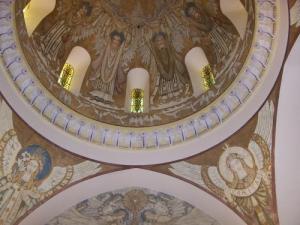 Dome of the Basilica of Ars
See photo 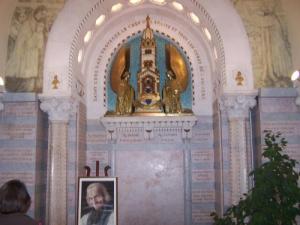 Interior of the Basilica of Ars
See photo 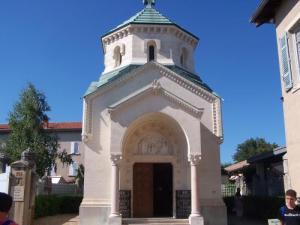 All leisure activities around Ars-sur-Formans L'Embarcadère
8.9
706
French cuisine restaurant in Jassans-Riottier
46 € per person
Ideally located along the Saône, in a five-hectare park, the pier restaurant welcomes you in a green area just 20 minutes from Lyon. There you will cook traditional food from the soil. Egg farm crisp Beaujolais, Bresse chicken with cream…
Located 3.4 mi from Ars-sur-Formans
Favourite 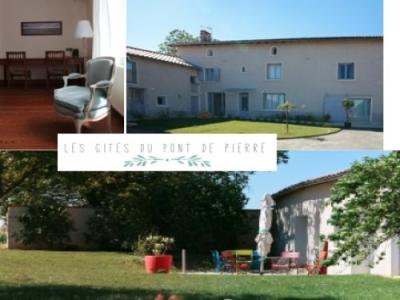 Les gîtes du pont de pierre
9.1
10
House with 4 bedrooms in Civrieux
80 € to 150 € per double room
Welcome in a typical farmhouse, entirely renovated in 2012 in self catering holiday cottage and bed&breakfast in the countryside, nearby the village. You will relax in the garden or on the equipped terrace. Label '4 clés' by Clévacances, you…
Located 5.1 mi from Ars-sur-Formans
Favourite 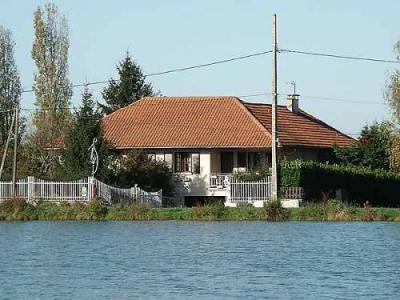 Étang de chaffaud
8.0
4
Villa with 4 bedrooms in Villars-les-Dombes
50 € to 60 € per double room
- Welcome to Zdenka and Daniel Back. You will be accommodated in the owners house. Discover the best in the most unique setting during your stay in the Guest Rooms. In a complete freedom, you will discover the charm of our region. We are situated…
Located 10.1 mi from Ars-sur-Formans
Favourite
All bed & breakfasts around Ars-sur-Formans 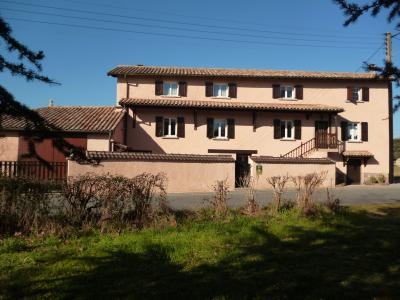 House of Jacques
NEW
House for 6 people in Romanèche-Thorins
108 m², 3 bedrooms
500 € to 550 € per week
Between Macon and Beaujolais: 300 m from the famous Hameau Duboeuf, known worldwide for its wine and 500 meters from the zoo touroparc. This independent house is equipped for 6 people. Ground floor: Wine cellar and kitchen summer (gas cooker,…
Located 13.5 mi from Ars-sur-Formans
Favourite 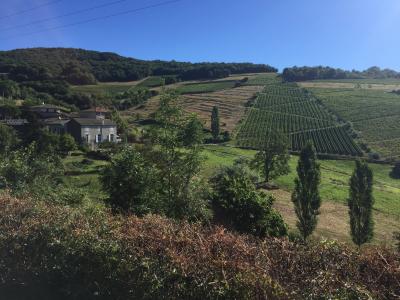 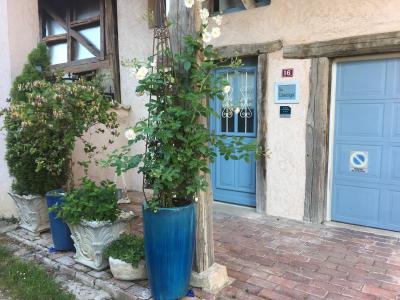 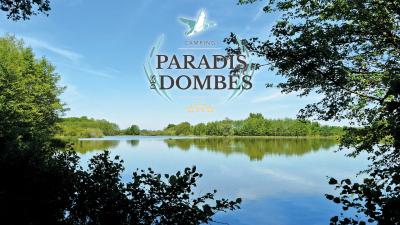 Paradise of the dombes
9.7
3
Campsite in Sandrans
78 pitches on 2ha
1650 € to 22 € per day (2 pers / tent / car)
On an area of ​​2 hectares in the heart of the country with a thousand ponds, camping paradis des dombes in sandrans (01) welcomes you from April to October. With 75 spacious sites, flat and delimited by hedges on a raised site, you will be…
Located 8.6 mi from Ars-sur-Formans
Favourite 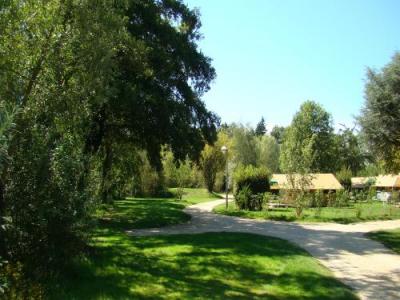 Camping Le Nid du Parc
9.1
6
Campsite in Villars-les-Dombes
190 pitches on 4.5ha
1890 € to 2490 € per day (2 pers / tent / car)
At the heart of the Dombes, the land of a thousand of ponds, along a river, the Le Nid Du Parc Campsite is an ideal site for all nature-lovers in search of simplicity and freedom. This new green Camping Indigo, at the heart of nature, is located…
Located 9.9 mi from Ars-sur-Formans
Favourite Hotel Regina
8.0
140
Hotel in Ars-sur-Formans
Room from 42 €
Hotel Regina is located in Ars sur Formans, 35 km north of Lyon. It offers a floral garden and individually-decorated rooms with a TV, work desk and a private bathroom. The Regina’s bar and restaurant features wooden beams and a terrace. It…
Located Ars-sur-Formans away
Favourite Dombes
Land of a thousand ponds
Guide of the Ain
Unmissable places and recommendations in the Ain
Alps
Guide to the territory - Tourism and staying here
Jura mountains
Guide to the territory - Tourism and staying here
Outings in the Ain
Ideas for walks and hikes in the Ain
Photos Dombes
Photos of category "Dombes" to view and download
Photos of the Ain
Photos of the Ain to view and download
Hotels in the Ain
A wide choice of hotels with reductions of up to 70%.
Vacation rentals in the Ain
Self-catering holiday homes, gîtes and apartments
Bed & breakfasts in the Ain
Rooms from local hosts offering a personal welcome.
Campsites in the Ain
Open-air accommodation.
Restaurants in the Ain
Regional and international cuisine, style of restaurant and menus.
Leisure activities in the Ain
A great selection of activities including sports, well-being, gourmet food and entertainment.
Your holidays
By continuing to browse our site, you are agreeing to the use of cookies to improve your experience and make targeted offers.
Find out more and make settings