Crossed by several rivers whose Ozon vast 66 square kilometers, the area is composed of a village and several hamlets. At the edge of Poitou and the borders of Touraine and Berry, it presents a hilly green landscape and discreetly formed groves and meadows.

The town is famous for having hosted in 1773 and in 1774 expelled the Acadians by the British and that refugees in France, were invited to move to clear and cultivate the land. Most, however, returned to America after a few years.

Much later, during the Second War, the demarcation line separating the north of occupied France and southern administered by the Vichy authorities went through the locality.

Heritage and environment make it a pleasant stop for green tourism lovers.

Archigny has a quality historical heritage which includes the abbey site of Our Lady of the Star, founded in the twelfth century by Isambaut of the Star, whose brother Peter was in turn responsible for the abbey Fontgombault.

The Abbey Archigny was proven by the Hundred Years War and the Wars of Religion and thus was rebuilt in the seventeenth century. However, it never regained its original prosperity and after the Revolution, it became the center of a farm. Now protected historical monuments titles, the site retains architectural elements of interest (chapter house, chapel, cloister garden). Permanent and temporary exhibitions are presented. Price: 4.50 and 6 euros. Information at +33 5 49 46 80 65.

See also, the Church of St George whose foundations date back to the twelfth century, but was rebuilt in the eighteenth after being heavily damaged during the Wars of Religion and during a storm in 1711. It is still home today bronze bells, a pulpit and carved woodwork from the old abbey, dating from the eighteenth.

On the civilian side, the area of ​​the Talbadière worth a detour. This is an isolated manor house in the countryside which was owned in the seventeenth century a king squire, who embellished.

However, it is the museum-farm Acadian Line, the pride and originality of local heritage: the building was one of the farms built in the eighteenth century to accommodate the Acadian refugees has been renovated and fitted. We discover through objects and antique furniture as well as many documents the history of these families descendant of French immigrants in America and who returned a time to find asylum in the region to clear land. Open from June to September. Information at +33 5 49 85 31 26 or +33 5 49 21 54 39.

However, it is the recreation area of ​​Near the fountain with its water, its petanque and volleyball constructed on the banks, its playgrounds and picnic, which attracts families in summer. An arboretum was performed for the enjoyment of walkers. The basic green is appreciated, as the pond, but swimming is authorized and supervised in July and August.

As for hiking, several thematic routes were plotted and signposted in the municipality, dedicated to the history (home of Acadian refugees) or the richness of the landscape (rivers lined mills, groves, heather - covered areas moors testimony of former clearings -).

Dedicated circuits for mountain bikers through the town and covering the entire country of Chatellerault are also available to fans. Maps and information +33 5 49 21 05 47.

Finally, on a cultural level, the library of Archigny offers activities and exhibitions. Information at +33 5 49 02 08 49. Bed & breakfasts in the Vienne
Contact the managers directly with no middleman to pay. Book your stay at an exceptionally low price!
Compare offers

Bed & breakfasts in the Vienne
Contact the managers directly with no middleman to pay. Book your stay at an exceptionally low price!
Compare offers

On August 15, Acadian folk festival with entertainment, culture and music.

The first Sunday of September, gourmet market with fun activities and music.

All leisure activities around Archigny Le Bistrot Gourmand - Casino de La Roche Posay
8.4
109
European restaurant in La Roche-Posay
30 € per person
PRESENTATION - Start one meal a visual appetizer worthy of the greatest is a pleasure, and we can clearly say that this restaurant mastered this art! GENEROUS - This restaurant will offer dishes that will never let you leave with a hungry,…
Located 11 mi from Archigny
Favourite Le Grenier des Robins
9.4
9
House with 1 bedroom in Angles-sur-l'Anglin
42 € per double room
For a quiet stay between Futuroscope and the Regional Natural Park of Brenne, House-Studio-Gite with the possibility of a room supplémentaireà the floor of a house of character and furnished as such. Entry and independent court. Kitchen, bathroom,…
Located 12 mi from Archigny
Favourite 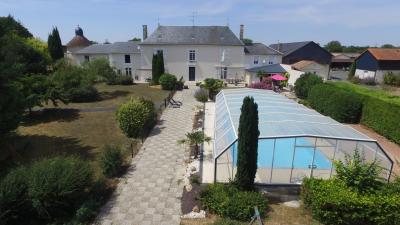 The Rivagère
Farm with 3 bedrooms in Jaulnay
52 € per double room
The borders of Touraine and Poitou, in the Natural Park Loire-Anjou-Touraine, 10 minutes from the City of Cardinal Richelieu, the Rivagère is a restored farmhouse where Sibylle welcomes you in a family atmosphere. The property, with its farmyard…
Located 23 mi from Archigny
Favourite
All bed & breakfasts around Archigny 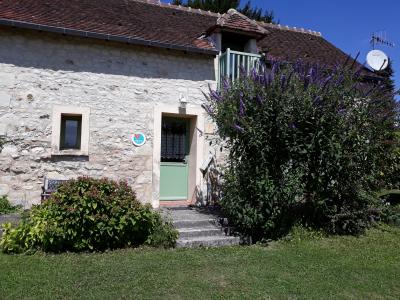 Self catering le Misteflore
House for 4 people in Coussay-les-Bois
60 m², 2 bedrooms
260 € to 360 € per week
Stone house renovated in a quiet place, located at the confluence of Vienne, Indre and Indre et Loire. Ideal for thermal cure in La Roche Posay, tourist or professional stay. On the ground floor is an equipped kitchen-living room, bathroom and…
Located 11.6 mi from Archigny
Favourite 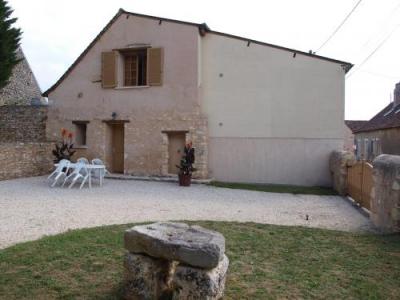 La Huppe, Les Robins
9.7
3
House for 4 people in Angles-sur-l'Anglin
65 m², 2 bedrooms
255 € to 320 € per week
House quiet and relaxing countryside, a Angles / s / Anglin at the crossroads of Poitou laTouraine and Berry. Experience one of the most beautiful villages in France, its views, its castle, its days of Angles, churches alleys, caving, golf and…
Located 12 mi from Archigny
Favourite 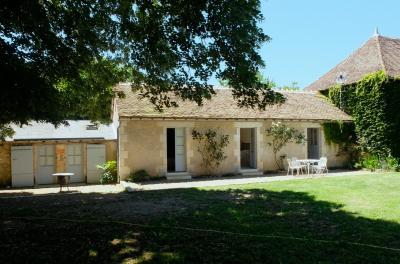 The seasonal house
8.8
1
House for 4 people in Mérigny
60 m², 2 bedrooms
500 € to 550 € per week
It is a small charming house nestled in a park, flowered and enclosed surrounding an eighteenth century house located in the Natural Park of Brenne. The house has been refurbished in 2018 according to the rules of the art ; bright, convenient,…
Located 14.4 mi from Archigny
Favourite
All vacation rentals around Archigny 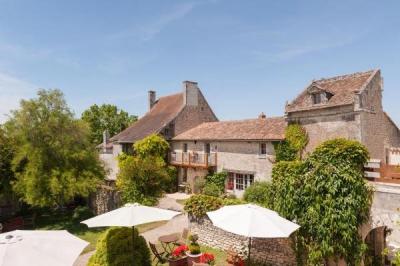 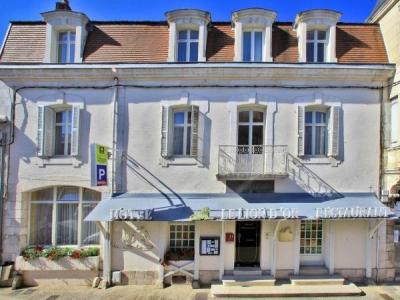 Hôtel Le Lion d'Or
8.2
239
Hotel in Chauvigny
Room from 76 €
Set in Chauvigny, Hôtel Le Lion d'Or provides a terrace and free WiFi throughout the property. This 3-star hotel offers on-site dining. Guests can enjoy city views. All guest rooms in the hotel are equipped with a flat-screen TV with satellite…
Located 7.2 mi from Archigny
Favourite 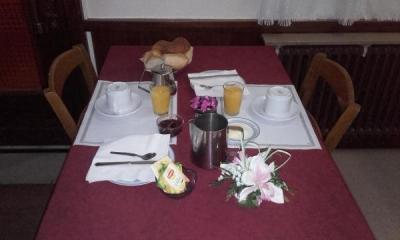 Hotel Beauséjour
8.9
178
Hotel in Chauvigny
Room from 66 €
Located in Chauvigny, Hotel Beauséjour is set in a bourgeois house from 1883. It offers a bar, a restaurant that serves traditional dishes and a garden. A satellite TV is provided in the en suite rooms. Rooms at Hotel Beauséjour have a telephone,…
Located 7.3 mi from Archigny
Favourite
All hotels around Archigny