Arcambal is a Lot locality, in the Occitanie region, east of Cahors, the prefecture city, of which it is bordering.

The territory of 23 km² borders the left bank of the Lot and ensures a transition between the agglomeration of Cahors and the first reliefs of Causses du Quercy. The heart of the village is located at 140 m above sea level but on the borders of the town, we reach already more than 340 m...

Already inhabited during the Paleolithic era, erected as a marquisate at the end of the Middle Ages, Arcambal has a sometimes turbulent history linked to the proximity of Cahors.

The activity remains mainly agricultural (market gardening, viticulture, sheep farming) until the 1980s when its population passes the milestone of the thousand inhabitants, its preserved environment attracting new residents.

Its heritage and its environment at the crossroads of eminently tourist sites (such Saint-Cirq-Lapopie) make it a quality stop for visiting Quercy.

In terms of historical heritage, a visit to the village can begin with the church of St. Anthony, whose fortified foundations date back to the 13th century and was rebuilt in the 15th. It houses a chapel dedicated to the old lords of the place, the most famous was Pierre Bousquet, Marquis of Arcambal in the 1490s.

On the hamlet of Pasturat, the Church of Our Lady of the Assumption, founded in the twelfth century, was rebuilt in the nineteenth century.

However, the jewel of the village is the castle Bousquet, erected on a promontory overlooking the course of the Lot at the confluence of the river with the Tréboulou stream.

A first noble residence was built in the twelfth century before the XIV, Jean du Bousquet, brother of the archbishop of Naples, buys and rebuild a castle. Shortly before the Revolution, ruined, the Marquis Deslax of Arcambal, marshal of the king's armies, completely ruined, had to sell the castle and its lands. The house includes several buildings flanked by towers and arranged around a large tower before the fifteenth century. Several additions took place until the 19th century. The whole, majestic appearance, where the stones alternate with the bricks, is visible only from the outside (private property).

Many hiking and mountain biking trails include Arcambal and its surroundings. Documentation and information on +33 5 65 53 20 65.

Some loops partly follow the Lot, others allow to reach the first sectors of the causses and their pastoral landscape slightly wooded.

Fishing enthusiasts have the opportunity to indulge in their favorite hobby along the Lot. Find out about the developed sites and the regulations at +33 5 65 35 50 22.

Finally, on the cultural level, quality shows (theater, concerts) are regularly scheduled at the municipal cultural center. Information on +33 5 65 22 50 58.

The weekend of Pentecost, votive festival with the program fun and musical events, balls...

The last weekend of November, feast of the book and the image: in the program, meetings and dedications with authors and exhibitions of photos and paintings.

All leisure activities around Arcambal Le Balandre
9.0
169
French cuisine restaurant in Cahors
45 € per person
REGIONAL CUISINE - the heart of the centuries-old walls of the Hotel Terminus in Cahors, the restaurant Le Balandre offers a simple cuisine with fine produce of the region, the Lot. For your enjoyment, the chef Alexandre Marre will concoct a…
Located 3.8 mi from Arcambal
Favourite 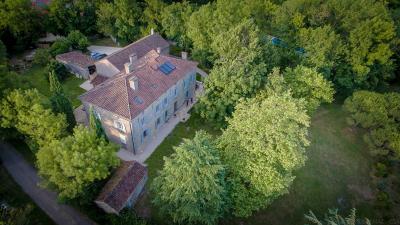 High of saulies
10
1
House with 5 bedrooms in Saint Géry-Vers
93 € to 150 € per double room
Our guest house of the eighteenth century, labeled 4 ears Gites de France, every stone is in the Regional Park of Causses 18 km from Cahors and close to attractions in Saint Cirq Lapopie, Rocamadour, the caves of Padirac Pech'Merle. Our guest…
Located 4 mi from Arcambal
Favourite 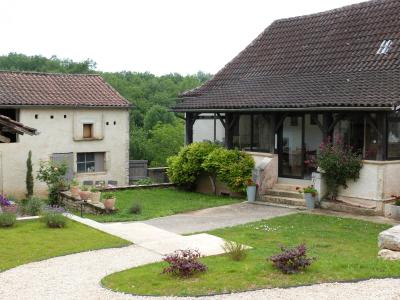 The Bed and Breakfast Plassalou
9.7
1
House with 3 bedrooms in Esclauzels
68 € to 80 € per double room
Our house typically Quercy, located in the heart of the Regional Natural Park of the Quercy, near Cahors and its vineyards, Saint Cirq (village classified préfèré of French among the most beautiful villages in France). We offer one of our 3…
Located 5.8 mi from Arcambal
Favourite Maison d'hôtes La Garrigue à Boissières
9.2
10
House with 4 bedrooms in Boissières
60 € to 65 € per double room
In the Lot, near Cahors, in Bouriane home in four guest rooms with sloping ceilings, decorated in a stone house of the 17th century Quercy style in lush greenery.
Located 8.1 mi from Arcambal
Favourite
All bed & breakfasts around Arcambal 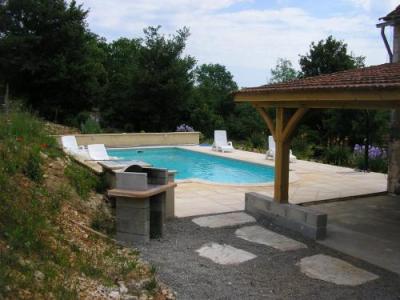 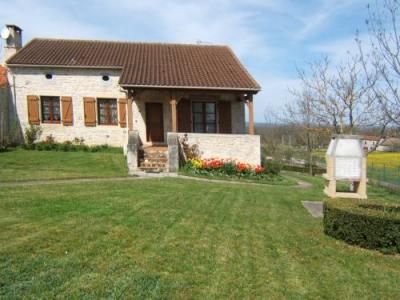 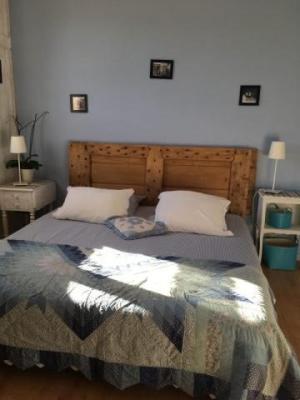 Guest apartment overlooking St. Cirq
Apartment for 5 people in Tour-de-Faure
85 m², 2 bedrooms
600 € to 1050 € per week
This apartment on the 1st floor of the old tobacco barn has a magnificent view of the village of Saint Cirq from the large bay window. You can enjoy a private terrace with table and chairs.
Located 9.3 mi from Arcambal
Favourite
All vacation rentals around Arcambal 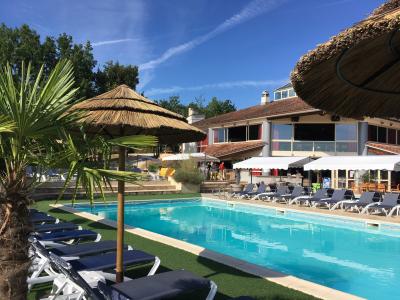 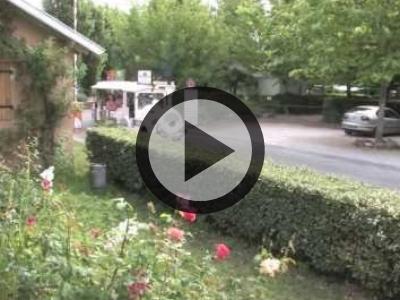 Cabessut River
8.0
1
Campsite in Cahors
113 pitches on 3ha
17 € to 2160 € per day (2 pers / tent / car)
Here is our campsite ! We can tell you about our spacious semi-shaded sites, our comfortable mobile homes, that our riverfront location 5 minutes by bike from the city center brings you the advantage of the city with the impression of to be…
Located 3.5 mi from Arcambal
Favourite 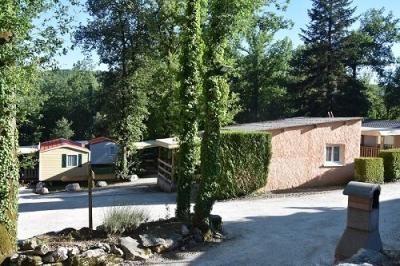 The cheneraie
10
2
Campsite in Saint Géry-Vers
60 pitches on 4ha
10 € to 16 € per day (2 pers / tent / car)
Under the charm of the many tourist riches that punctuate the Lot department in Occitania, located between Cahors and Saint-Cirq-Lapopie, La Chêneraie will welcome you with its various recent rentals, mobile homes and cottages (1 to 4 bedrooms)…
Located 3.8 mi from Arcambal
Favourite
All campsites around Arcambal Logis La Truite Dorée
9.1
260
Hotel in Saint Géry-Vers
Room from 99 €
This 14th-century coaching inn is now a 3-star hotel in the heart of the Causse de Quercy Regional Park. It is 15 km from Cahors and offers an outdoor swimming pool surrounded by sun loungers, and a fitness room. The air-conditioned rooms at…
Located 2.8 mi from Arcambal
Favourite 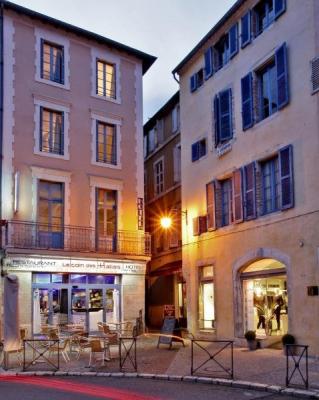 Hôtel Le Coin des Halles
7.7
482
Hotel in Cahors
Room from 67 €
Le Coin des Halles is set next to the indoor market in Cahors in the historic city centre, just a 15-minute walk from the train station. You can buy regional produce at the market or explore the town’s cathedral, a 2-minute walk away. The rooms…
Located 3.5 mi from Arcambal
Favourite 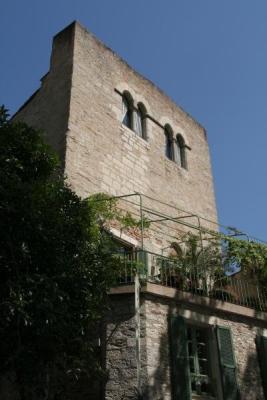 Hôtel Jean XXII
8.5
384
Hotel in Cahors
Room from 67 €
Located in Cahors, Hôtel Jean XXII provides rooms with free WiFi. At the hotel, rooms include a wardrobe. At Hôtel Jean XXII each room includes a desk and a flat-screen TV. Guests at the accommodation can enjoy a continental or a buffet breakfast.…
Located 3.5 mi from Arcambal
Favourite
All hotels around Arcambal

Guide of the Lot
Unmissable places and recommendations in the Lot
Midi-Pyrénées
Guide to the territory - Tourism and staying here
Quercy
Guide to the territory - Tourism and staying here
Outings in the Lot
Ideas for walks and hikes in the Lot
Photos of the Lot
Photos of the Lot to view and download
Hotels in the Lot
A wide choice of hotels with reductions of up to 70%.
Vacation rentals in the Lot
Self-catering holiday homes, gîtes and apartments
Bed & breakfasts in the Lot
Rooms from local hosts offering a personal welcome.
Campsites in the Lot
Open-air accommodation.
Restaurants in the Lot
Regional and international cuisine, style of restaurant and menus.
Leisure activities in the Lot
A great selection of activities including sports, well-being, gourmet food and entertainment.
Your holidays
By continuing to browse our site, you are agreeing to the use of cookies to improve your experience and make targeted offers.
Find out more and make settings